Did You Know Your Breasts Have A Microbiome? What To Know According To Alisa Vitti 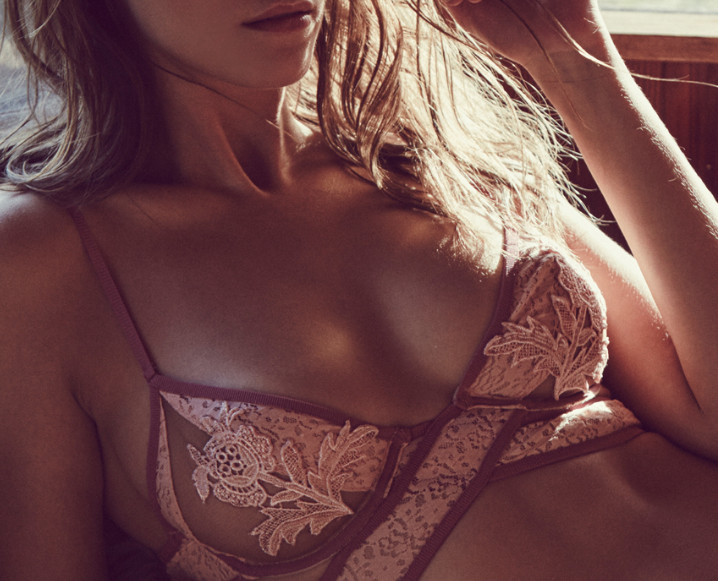 Women’s hormone expert and founder of the ground-breaking MyFLO app, Alisa Vitti, is back with more from her new book, In The Flo. According to Alisa, by tuning into the rhythmic biochemistry of our “second clock” we can actually better optimize our metabolism, microbiome and female biology…

Does Your Diet Sync with Your Cycle?

If you don’t eat in sync with your biochemistry, you may drop pounds in the first half of your cycle and then see the scale tick upward in the second half. Turning to diets based solely on the 24-hour circadian clock to lose weight isn’t the solution. They don’t take our cyclical nature or “second clock” into consideration. In fact, many popular diets trends—think intermittent fasting, ketogenic and paleo—work against our metabolism, and actually prevent us from losing weight.

You can achieve lasting weight loss by working with your biology through eating and exercising in ways appropriate for each phase of your cycle. This female-centered method teaches you how to compensate for the rise in nutrient conservation in the luteal phase so you can keep extra pounds off all month. All you have to do is focus on eating specific foods that burn fuel more efficiently.

The British research team (mentioned earlier in the book), based on their review of dozens of existing studies, concluded that weight-management programs should be based on tailoring diet consumption, calorie intake, and physical activity level to each phase of the menstrual cycle. Once again, science backs up your body’s natural preference to sync with its cycle.

On The Female Microbiome (It Includes The Breasts)

Your gastrointestinal tract, vagina, and breasts are filled with trillions of beneficial bacteria. When these friendly microbes are balanced, they help keep your body humming in good health and fend off disease. But when they are imbalanced or bad bacteria sneak into the mix, they are associated with conditions such as obesity, rheumatoid arthritis, ADHD, and more. Emerging science is increasingly finding differences between the sexes when it comes to the human microbiome.

For example, a 2014 study in Nature Communications found that women’s and men’s gut flora responded differently to the same diet. Other researchers found discrepancies between women and men in the abundance of specific gut bacteria. Researchers also noted differences between the sexes in the proliferation of certain bacteria as weight increased. No wonder your brother can lose weight on diets tailored to his biological rhythms while you don’t see the scale budge!

Your gut microbiome also has a unique connection to your female brain. In fact, you have about 100 million neurons in your gut, which is often referred to as the “second brain.” Your gut is responsible for pumping out more than 90 percent of the body’s supply of serotonin, according to 2015 research in Cell. Although the scientists didn’t note any differences between the sexes in terms of the gut-serotonin connection, I think it’s logical to assume that, with so much of the “happiness neurotransmitter” emanating from your gut, your microbiome health can affect your moods.

Did you know that your breasts also have a microbiome? Or that this bacterial community could modulate your risk for breast cancer? In a 2016 study published in Applied and Environmental Microbiology, researchers detected differences in the bacterial makeup between women with breast cancer and those who were cancer free. This finding raises many questions about the breast microbiome’s role in the prevention or development of breast cancer, and scientists are in laboratories now trying to determine whether good bacteria could be used as a possible treatment for the disease.

This is part two of our series excerpted from In The Flo by Alisa Vitti. Reprinted with permission from HarperOne, an imprint of HarperCollins Publishers. Copyright 2020.
Check out part one with Alisa Vitti here.

Share the post "Did You Know Your Breasts Have A Microbiome? What To Know According To Alisa Vitti"