What the Heck is Aquafaba? 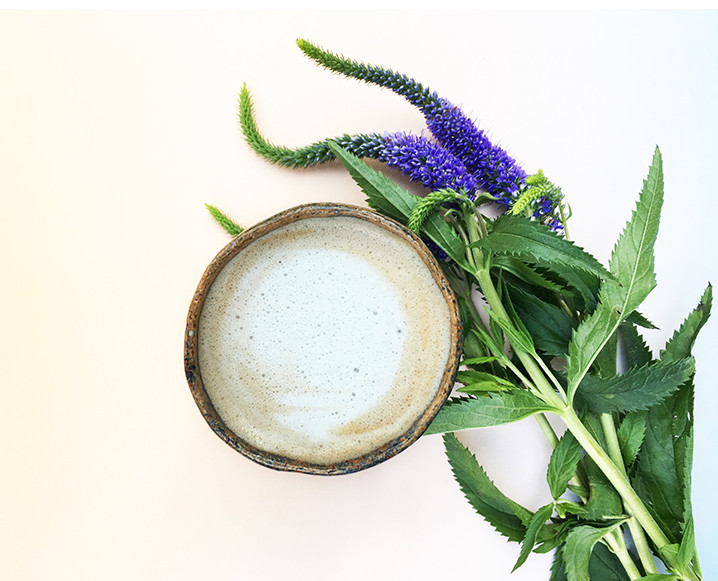 They say eggs are nature’s perfect food — but we suspect “they” aren’t vegans. For the ovo-averse, aquafaba is a clean substitute that hardly feels like one. The viscus liquid – which you’ll find in any can of chickpeas – looks like egg, cooks like egg, but guess what? It’s 100% planty perfection!

We’re diving into everything you need to know about this miracle ingredient, and sharing a simple coconut latte foam recipe that’ll change your life (maybe). Make it asap to test out what you’re about to read; we have a feeling you’ll want to…

What You Should Know: Aquafaba happens when legumes are cooked for a long period of time. It could be made from scratch, but why bother when you can just crack open a can of chickpeas or cannellini beans? (That liquid they’re in is aquafaba!). This underdog ingredient resembles egg whites and can be used in in their place for a wide variety of culinary applications, including: pancakes, waffles, cake, merengue, ice cream, eggless scramble, vegan mayo, pisco sour. While it doesn’t have as much protein as an actual egg, it doesn’t have much of anything else either: it contains essentially no calories, carbs, sugar etc. making it perfect for conscious eaters of all flavors.

Why You Should Try It: Aquafaba is virtually odorless and takes on whatever flavor it’s combined with, meaning you literally can use it anywhere you would eggs without feeling like there’s some weird ingredient imposter in your cake. Aquafaba also gets points for sustainability; instead of tossing out this liquid after its chickpeas were whirled into a lovely little hummus, it gets spared of waste and repurposed into something delicious!

Let’s Get Together: The general rule of thumb is to use 1 tablespoon of aquafaba to replace one yolk, 2 tablespoons of aquafaba to replace one white, and 3 tablespoons for a whole egg. Aquafaba should have the consistency of an egg white straight out of the can, but if it seems a little too watery, simply toss it into a small pot and simmer until it reduces. Other than that, there are no rules! Use it anywhere you would eggs and let us know how it goes!

In a milk frother, combine coconut milk, vanilla, coconut oil and aquafaba. Whisk until thick and foamy. Pour into coffee, espresso, tea or your favorite tonic!