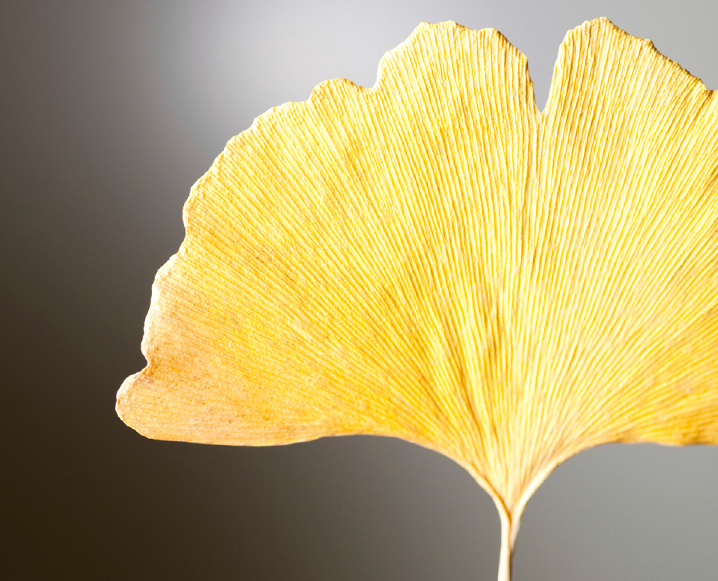 What you should know: This is one superfood that has been around the block. Ginkgo biloba comes from the ginkgo tree, which is one of the oldest living species in the world and sometimes even referred to as a living fossil – some specimens are reported to be more than 2,500 years old! The ginkgo tree owes its longevity to its ability to naturally resist disease and insects, saboteurs that could otherwise cuts its life short. Based on the belief that like cures like, ginkgo has historically been used to strengthen the immune system, increase sexual energy and promote wellness into old age.

Why you should try it: The most impressive benefit from taking ginkgo biloba is its ability to affect brain function. By increasing blood flow to the brain, it leads to improved memory and concentration, mental clarity and reduced cognitive fatigue. New, exploratory research studies are currently being done, and have shown that ginkgo biloba’s ability to improve brain function in dementia patients is promising – it may even play a role in treating symptoms of schizophrenia.

Let’s get together: Reaching for that third cup of joe and it’s only 10am? You’re not alone. We could all use a little mental wake up now and then, which makes ginkgo biloba a great alternative to other stimulants such as coffee and energy drinks. The best way to take ginkgo is in tincture form, with Diamond Mind Drops by Dragon Herbs

leading the pack. This blend not only features ginkgo, but also contains three other herbs – Tibetan rhodiola, cchizandra, and polygonatum sibericum – that have been used for centuries to help improve concentration, memory and mental energy. Try adding a few gingko drops to your morning tea (like this mint and citrus sun-kissed version), daily green juice, or even this delicious greens superfood smoothie to kick-start your day the natural way!