The Jig Is Up: Erin Brockovich Talks To Us About Dangers In Our Drinking Water 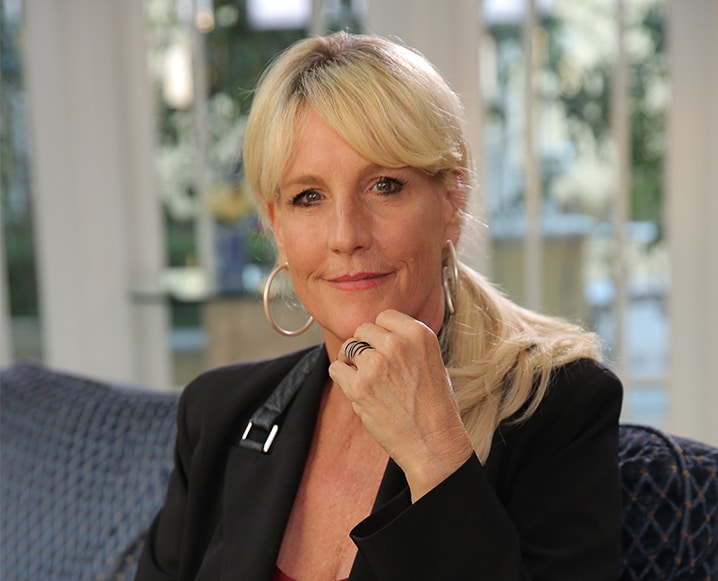 According to Erin Brockovich, “the jig is up”. People around the country are waking up to the harsh reality that our use of new chemicals with little to no health research is taking a serious toll on our public health.

There are over 80,000 chemicals currently in the marketplace that have undergone no scientific research before implementation.

Erin Brockovich became a household name after Julia Roberts’ portrayed her (and won an Oscar for it) in the film, Erin Brockovich. As a champion for victims of exposure to dangerous, even deadly, toxins found in drinking water, Erin is probably one of the most famous citizen activists of late. To us, it’s important that she not become an anomaly. More and more of us are waking up to the alarming – albeit inconvenient – truth about dangers stemming from chemicals in our drinking water.

The public health scandal Erin famously exposed has been followed by so many other shocking community health crises, from Flint, Michigan to Parkersburg, West Virginia. The problem won’t be addressed without more of us paying attention, speaking up, and getting involved.

Brockovich’s fourth book lands later this year covering all the things you don’t want to know – but must – about our nation’s water supply. In the book, Erin lays out a community health strategy that is one of the most exciting plans we’ve come across. It utilizes grassroots effort and new technology to help uncover dangerous toxicity issues in communities around the country.

As an advocate for safer drinking water, Erin has partnered with AquaTru home reverse osmosis water filtration systems. Coming from Brockovich, it’s not an endorsement we take lightly.

We spoke with the advocacy legend recently to discuss all the thing consumers should know – and do – to protect themselves and their communities on this issue.

Those Non-Stick Pan Chemicals: A Lesson In Water Safety

According to Erin, PFOAs (the chemicals most commonly used to create non-stick pans) are a great way to explain most toxic water issues.

There are over 300 chemicals in PFOAs. When the EPA first learned of potential health dangers related to PFOAs in our drinking water, they set guidelines requiring PFOA levels to remain below 400 pts/trillion gallons of water. After new studies were released showing correlations between PFOAs, thyroid cancers and kidney cancers, the EPA reduced that guideline to 70 parts per trillion. Unfortunately, that level of filtration would require most states to invest in new, more effective filtration systems — an investment most states don’t have the budget for.

While budgetary and administrative aspects are problems on this issue, the root concern seems to be that dangerous chemicals like PFOAs are released into the market at all without any significant studies regarding human health.

Despite the undeniable danger an issue like water safety, most of us consider toxic chemicals in our water, and the government offices who manage them, too much of a headache to pay attention to. It’s complex! And not quite as flashy as what’s happening on our screens during any given day.

That said, we asked Erin to share the top keys we should know to protect ourselves, our families and our communities. Stay tuned for more from Erin on her forthcoming book and the program outlined within. It’s not enough to wait until this issue hits closer to home…

Step one is to invest in a reverse osmosis water filter. The brand Brockovich has endorsed removes more than 76 contaminants. Pulling one of hundreds of examples from a hat, Erin mentions Hexa. Chromium, a chemical found in our drinking water. The national limit is 10 parts/billion. Recently, top experts have advised no more than .02pts/bill. Are you willing to wait for federal or state infrastructure to catch up with the new public health goals? Take as much action as you can to protect yourself, your family and your community against drinking water that has a long way to go before being truly safe.

Another thing you can do to take direct action is to call your municipal water department. Get a report on your water quality. They are required to provide a report to any resident.

Erin also notes a very simple piece of advice, whether you’re drinking from a tap or stream: use common sense. Never drink water that seems questionable – you could be right.

According to Erin, naturally, the chemical lobbies are an issue on this topic. Companies developing and using chemicals industrially understandably have little interest in stopping  – or waiting –  to bring new chemicals to market in order that years of health research can take place.

Erin also notes that the EPA as a government agency is simply overburdened. In Erin’s experience, the EPA has neither the manpower nor the budget to address these urgent, toxic concerns.

Our ears perked to hear Erin’s recommendation that a national registry exist for people to self-report health conditions – such as the specific cancers – by geographic location. In Erin’s vast experience with cases of toxic water issues, there are usually many cases of similar diseases (like cancer of specific organs) that happen within a group of employees or within a neighborhood near a specific water source, before toxicity is ever discovered. Once discovered, correlations become shockingly clear, but, too often, no one is discovering the pattern until dangerous health ramifications have already occurred.

Because of the Health Insurance Portability and Accountability Act of 1996, personal medical information is carefully guarded, but if there was a comprehensive system of self-reporting, we may begin to uncover patterns of toxicity that could prevent harm to thousands.

Share the post "The Jig Is Up: Erin Brockovich Talks To Us About Dangers In Our Drinking Water"