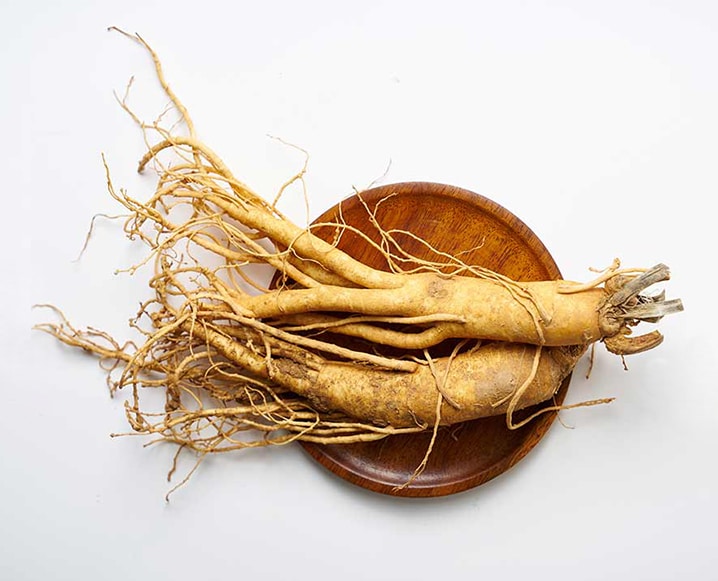 We’re exploring the world of Chinese herbalism in this series with renowned herbalist, Ron Teeguarden, the founder of Dragon Herbs and widely recognized as the founding father of Tonic Herbalism in the United States. This week, we’re diving deep on American ginseng and a daily tincture with major benefits.

Last month, we kicked off our series with this piece on gynostemma tea — a plant you may never have heard of, but one with such profound daily benefits that we chose to feature it first. The Japanese drink more gynostemma tea than anything else, but for green tea!

This week, we spotlight ginseng, a plant many of us have heard of, but that too few of us take. Ron is breaking it down big time below. Skim to the benefits and his recommendations on how to take or enjoy the deep dive on American ginseng and it’s incredible ‘roots’…

Ginseng is among the most famous tonic herbs seen in healthy products everywhere. But do you know why you should be taking ginseng beyond that it’s simply good for you? I’m going to answer questions about how to use this famous adaptogenic herb and how to choose the right kind of ginseng for you.

Did you know that there are several kinds of ginseng? There are actually many varieties of ginseng on the market, which can be confusing if you’re the discerning type. Still, it is actually very easy to understand what ginseng does in general, what the various kinds of ginseng do, and to choose the best ginseng product for yourself—one that can make a real difference in your life. Let’s start by digging deep into one of the varieties: the American ginseng.

The herb known as ginseng grows in several places in Asia, including Siberia, Manchuria, Japan, China and even Tibet. Asian ginseng is one of the most highly consumed herbs in the world, by both men and women. There are several species and varieties of Asian ginseng. Millions of people like to take these to increase physical energy, endurance and to boost immune vitality.

Ginseng that grows across North America is called American ginseng. It is native to the North American woodlands of Canada, the U.S. states that border Canada like Wisconsin and Michigan, New York state and on down into the Appalachians. American ginseng is the greatest tonic herb that grows in North America. We Americans were trading ginseng to China way back in the 1600s, and even George Washington and the frontiers men Daniel Boone and Davey Crocket were in the ginseng trade in a big way. American ginseng is now famous around the world, and it is especially popular in China and Japan, where it is consumed by millions of people. It is also huge in the US.

All About American Ginseng

American ginseng is a pure “tonic” herb, meaning that ginseng benefits the human body and mind both instantly and over time. It is a very safe herb for everyone, and it may be consumed either from time-to-time as desired, or on a daily basis to achieve significant cumulative benefits. American ginseng is so safe it may be consumed by young and old, the strong or frail and by women or men at any time.

The part of the American ginseng plant we use most often is the root. The plants must grow in the ground for at least four to six years to become mature—and the longer it grows in the ground, the better. It is quite possible to find products that contain wild American ginseng roots that are over 15 years old, or if you desire a superior product, over 50 years old. (These are the ultimate ginseng products in the world and they are for connoisseurs of extraordinary herbs.)

All ginseng, especially American ginseng, requires a very challenging climate to become potent, so the best American ginseng generally comes from Wisconsin (for cultivated five or six-year-old, clean-green American ginseng), or from the Catskill Mountains of New York state (for wild American ginseng roots that are typically over 15 years old, and sometimes much older. Remember, the older the better). Premium American ginseng companies will actually tell you how old the roots are in their products, often right on the label—because it matters.

Deeply HYDRATED SKIN | One of the most famous American ginseng benefits is that it improves the hydration of the body tissues from the skin to your deepest organs and tissues. It modulates the body’s processes to keep moisture in the cells where it belongs. This can have an apparent anti-aging effect, as our cells, tissues and organs need fluids to do their chemistry, to eliminate toxins and to function harmoniously at full capacity. American ginseng does not cause bloating or swelling, but it does produce a little more saliva and other fluids that keep us soft. Yin herbs tend to help the body remain cool (but not cold). Yang herbs tend to help the body warm up.

SMOOTH, EVEN SKIN | As a yin tonic herb, American ginseng benefits the skin by helping it to remain soft, appropriately moist (hydrated) and alive. Think young skin versus old skin—it’s all about the yin qualities of the skin that make the difference. It also provides Qi (vital energy) to the skin so that the skin itself is more alive, flexible and responsive. American ginseng also prevents heating of the skin which can lead to redness and hot patches, itching or flushing.

ENHANCES ADAPTABILITY | All forms of ginseng are adaptogens. And this is very important. Everyone should consume at least one, if not several, adaptogenic herbs every day of their lives. Adaptogens strengthen the fundamental capacity to adapt to all the changes that are going on around us—in the environment and due to mental and physical stress. Adaptability is the measure of your life. If you are highly adaptable physiologically and psychologically, you will succeed in whatever you are doing. American ginseng is one of the primary adaptogenic herbs in the world—and this is a key reason that it is so popular. You can judge the quality of your ginseng supplement by how your life is going. Again, the older the American ginseng, the more powerful it is as an adaptogenic—that’s why older American ginseng is more precious than very young ginseng. 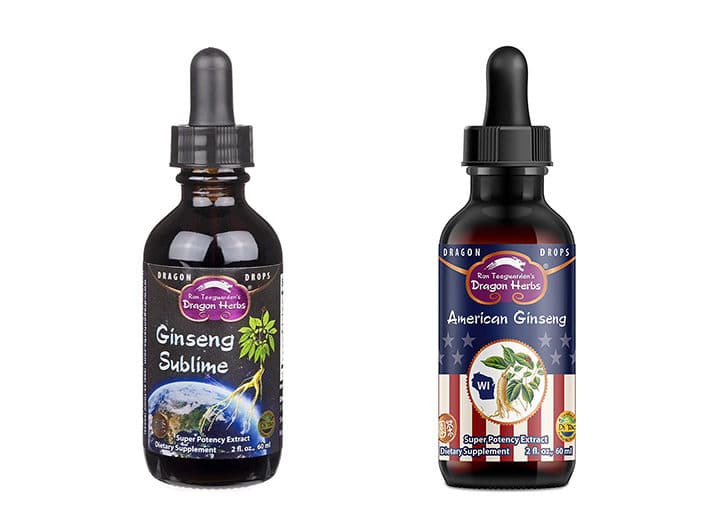 INCREASES ENERGY | After all is said and done, American ginseng is still ginseng. It enhances energy for the whole body. It is great on both the short and long term, and gives a gentle but profound lift. When taken continuously for some time, you will feel the difference from taking a high-quality American ginseng supplement in just a few days. You’ll get more done, have energy to spare, without being overstimulated. It is great to take a dose before any activity, such as a meeting, before playing tennis, swimming, shooting hoops, skydiving or dancing. American ginseng benefits are real, that’s why it’s been so popular for so long.

CALMS THE MIND | As a yin herb, American ginseng is known for being calming and centering. It’s the “chill ginseng.” Your mind will be clear and alert, your body will be strong, but you will notice a feeling of steadiness, a feeling that grows with continuous use.

BOOSTS IMMUNITY | All varieties of ginseng enhance the functions of the immune system. Many people do not know this, but American ginseng is a potent immune modulator. It helps strengthen your resistance while modulating excessive behavior by, should we say “naughty”, immune cells. This makes for a very good balance of immune functions. Certainly, if you are going to places that are risky (such as your kid’s classroom, a club, Turkey or Brazil or wherever), take American ginseng with you.

How To Shop For + Use American Ginseng

The most important thing to know here is compliance. If you don’t take the herbs, they won’t do their magic. Find a way that suits you and stick with it—you have to use it for it to work. If you consume a quality product and comply, you will have a profound herbal experience with ginseng benefits.

Real + Pure | First make sure it is real and pure. See if you can determine where it comes from—I recommend Wisconsin-grown cultivated and Catskill Mountain-grown wild. Check for the age of the roots. Follow the instructions on the label.

Straight Or Combo | American ginseng can be used straight or in combination with other herbs or superfoods. In all cases, buy from a trusted brand and read the label. If you are used to herbs, American ginseng can be delicious or at least more than acceptable. You can take it straight from the dropper bottle, or you can put a few squirts in hot or cold water, juice, tea, a smoothie or salad dressing.

Tinctures | American ginseng tinctures can be awesome. For American ginseng, this is my favorite delivery system. Again, check all the parameters and buy the highest quality you can afford, then comply with consistency—because it tastes good.

Smoothies | For smoothies (some recipes here), you can add a couple squirts of the tincture or a powdered extract. Just plain ground American ginseng powder doesn’t sit well in smoothies because it will remain gritty. If you buy an American ginseng extract powder in pullulan capsules, throw the capsules into the blender whole because they dissolve in about five seconds.

Do you take ginseng daily? We haven’t found that many friends do! Try Dragon Herbs’
American Ginseng tincture and let us know your experience.