Breaking Out Of The Mold 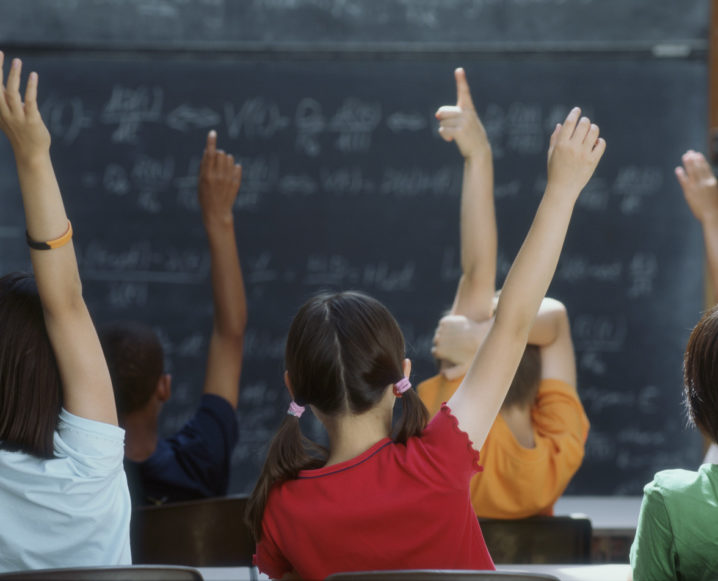 And so we grow and learn and yet still raise our hands. We’re given templates to follow and intricate formulas detailing the correct way to structure our actions. We’re docked points for veering from the precedent set, and we’re discouraged from offering our own way of doing things. Hand-raising is commended as children, but as we grow, we enter into the land where hands are nailed down and where we might as well remain silent anyway: we’ll be judged by classmates and shot down. Better to just follow the guidelines and stick to the mold. Better to just follow someone else’s structure for success.

I was asked a couple of weeks ago who my biggest influence is, whose I strive to be most like.  And I realized: while certain people serve as constant inspiration and role models, I am my own biggest influence. The ease and honesty in that realization sort of took me by surprise. Ever since I was old enough to raise my hand in a classroom, I’ve taken so many of my cues from role models.  I always knew I had a knack for finding people to emulate, people with whom I resonated and were accessible to me. I felt security in the idealization of someone else’s success and the steps they took to reach it. If I took these same steps, I knew I could not fail.

There was just one teeny problem with this logic: I am Me.

What happened time and time again was not that I failed.

What happened time and time again was that I became stuck.

Any time we try to emulate someone else’s path,  we are cheating on ourselves.  Any time we do what we feel should be done, as set by a predecessor, instead of what we know in our hearts to be genuinely ours, we are misrepresenting.  Moreover, we’re making an excuse to shy away from ownership. We’re stifling accountability.  The guidebook is our crutch and our safety net. If we fail, we don’t need to take responsibility for our actions – we’re just doing what we were told.  But if we succeed? We cannot take responsibility for our actions, either.

We strive to be visionaries, while the whole time we’re really just following a predetermined vision. And we’re afraid to speak out of turn. We’re afraid to be the true visionaries we admire, because what if we fail?

So much of who we are is thanks to people who have shaped our thoughts, views, and actions.  But somewhere along the line, we must learn to take the information given, melt it down, and paint our own way of Being.  Any time I’ve tried to emulate someone else, any time I’ve gone with the “should”-ing instead of the “know”-ing, any time I’ve attempted to act on a formula that was not my own, it’s backfired.  And the thing is:  I knew all along what it was I needed to do.

Failure, to me, is the low that is sandwiched between two highs. How can we know our highest highs if we don’t know what the lowest low feels like? The trick is owning them both equally. Failure gets so much flack for being the point of no return, when in reality it is just the point at which our direction and tactics shift. And I don’t know about you, but I would rather fail than be stuck in a lock-box of predetermined visions and guidelines.

We must be our own success story. They’re called Role Models, not Role Molds.  Sometimes the line between the visions of our role models and the visions of our own are vague, and one seeps into the other.  That’s cool.  That’s inspiration.  An outline to ignite brilliance. Yet sometimes, the two visions are worlds apart – so much so that the distance makes us doubt our own. Don’t.

You know what to say.

You know what to feel.

You know what to do.

You have permission to be brilliant.