The 15 Best Gluten-Free Bread According To Top Wellness Pros 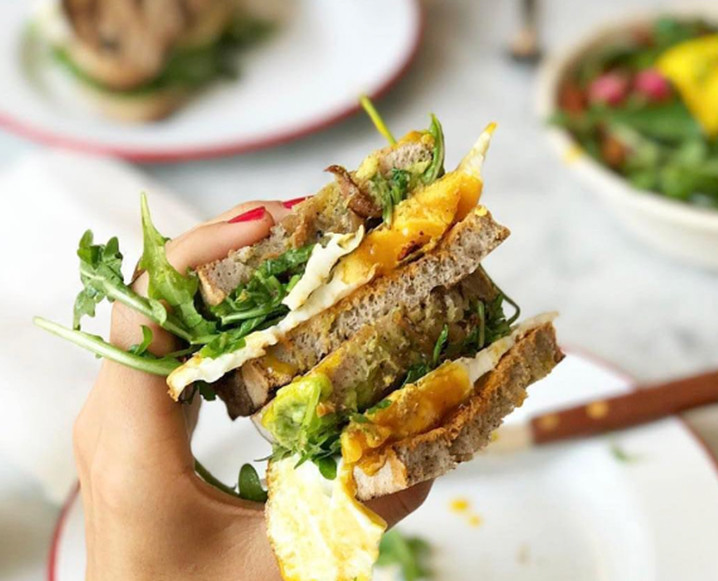 It wasn’t long ago that the best bread option for gluten-free folks was ‘no bread at all’. Eventually, a couple of commercially-made loaves appeared – each with a strange and notable likeness to cardboard.

Finally, the gluten-free marketplace has found it’s delicious sweetspot with a wide-variety of pretty great gluten-free bread options available in grocery stores across (most!) of the country. We’re also partial to the local loaves that can be found here in some of LA’s best healthful bakeries.

We asked our community of gluten-savvy women in wellness to dish out their faves and we’re sharing their responses below.

Erewhon Market’s housemade loaves are the clear winner of our ‘best gluten-free bread’ competition. Grindstone Bakery pulled in as a close second with their fresh-baked GF gems. And our personal special mentions must go out to Surya Spa’s killer almond flour breads and these Brazilian-made frozen cheese bread bites!
What’s The Best Gluten-Free Bread Ever?

Kat Odell, food writer | The best gluten-free bread I’ve had was at a restaurant named Geranium in Copenhagen — number 19 in the world on the S.Pellegrino list, and the cir’s most famous restaurant after Noma. And the trick to the bread was milling a myriad of seeds into a flour and using that to add extra moisture to the bread.

Jennie Miremadi, integrative nutritionist | Erewhon makes an organic, gluten-free, vegan bread that tastes delicious and is made from real ingredients.

Ally Walsh, Canyon Coffee | My New Roots life-changing bread is soooo good! Also, Erewhon sells their own brand of gluten-free bread and a paleo bread thats gluten free as well. They are both delicious.

Meredith Baird, plant-based cookbook author | I love Vegan Mario’s in Ojai. Their fermented sourdough is insane! You can purchase it at Erewhon locally.

Jannette Ogden, Shut The Kale Up |  Erewhon Market in LA has the best paleo, gluten-free, vegan bread on the planet. They don’t share the recipe but there’s nothing like it!

Learn more about about gluten-intolerance here, how to build a balanced GF lifestyle here.