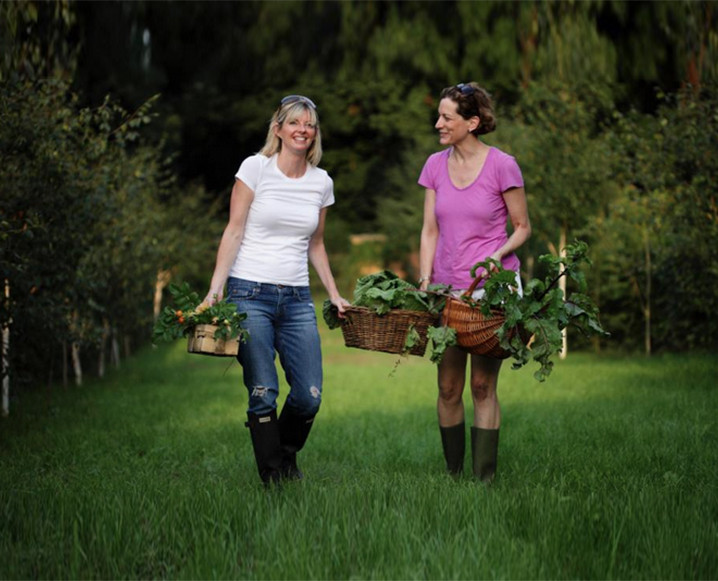 A memorable meal doesn’t have to be extravagant; simple and special can coexist, and this whole roasted chicken recipe is perfect proof.

The dish comes from Anne Applebaum and Danielle Crittenden’s cookbook, From a Polish Country House Kitchen, which is full of cozy heritage recipes reinvented for the modern palate.

This is our holiday version of weeknight roast chicken. Back in the days when clementines were a rarity, they were what you got in your Christmas stocking. Nowadays in Poland, as elsewhere, clementines are sold in cartons for the holidays, and Poles buy them in bulk, placing them in enormous bowls on the table and around the house, as an edible decoration and a symbol of seasonal abundance. Anne often puts them on a platter, sprinkles a handful of walnuts and some dates on top, and serves them with the after-dinner coffee, instead of dessert. That’s all one wants after a heavy winter meal, after all. Here the clementines are cooked whole, inside the chicken (or if you have a 1/2 chicken, lay the chicken on top of them), where their juice sweetens the gravy and their zest gives it bite. This is a very easy dish, perfect for one of those nights around Christmas when you aren’t entertaining hordes of cousins, but aren’t in the mood for leftovers either. To add to the laziness factor, we throw some whole baking potatoes into the pan as well. Everyone loves this dish!

As Anne Applebaum explains, “Polish cuisine is long overdue for a reputational revival. Traditional cooking has always been based on fresh vegetables and meat, which is organic because it has been raised in someone’s garden – and it has always included aromatic soups, flavorsome game and crisp chopped salads. Our cookbook is meant to impart the flavors of the traditional cooking and the taste of the more exotic innovations – with, of course, an American twist that we bring ourselves.”

For a winter filled with Polish favorites, this box delivers beets, carrots, cabbage, wild mushrooms and parsnips. While Polish food often conjures up a vision of heavy, greasy dishes, the recipes defy and redefine each dish to be delicate and delicious…

Preheat the oven to 350F. Wash the chicken and pat dry. Rub the outside with olive oil.

In a roasting pan, place the chicken on top of a few unpeeled clementines, also rubbed with olive oil. Stuff the cavity of the chicken with as many clementines as will fit without spilling out. Roast the chicken for about 45 minutes, or until the juices run clear when the leg is piered with the tip of a knife, basting occasionally to brown the skin.

Rub some baking potatoes in salt, prick them, and place them in another roasting pan in the oven beneath the chicken and turn them midway through cooking — they will be ready when the chicken is. If not, let the chicken rest while the potatoes continue, until fork tender.

Remove the chicken to a carving board and let rest. Skim off any fat from the pan juices, and set the pan on top of the stove over low heat. Add the orange juice, rosemary, and shallots; raise the heat; and bring to a boil. Lower the heat again and simmer until reduced and thickened. Season with salt and pepper. You will want to have about 1 cup of orange gravy.

Remove the clementines from the chicken cavity, cut them in half, and use them as garnish on the serving platter. Carve the chicken and pass the sauce separately. Halve the baking potatoes lengthwise and serve them along-side the chicken.