What You Need To Know About Prop 37 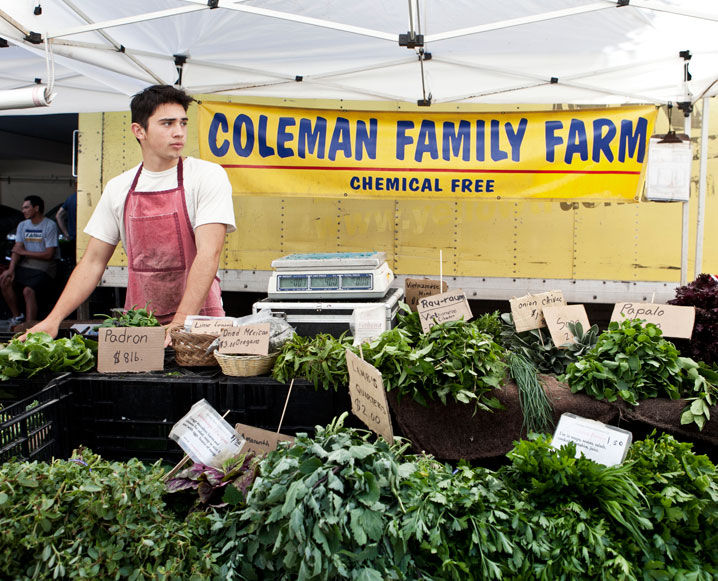 Here at The Chalkboard, we’re all about arming you with the facts and doing our best to empower you to make the good decisions about your health. We’re also all about reaching out to our community of experts and friends in order to get the necessary information about these important choices that will impact your life. Today, we’re bringing you a guest post from one of our favorite designers and bloggers Jenni Kayne. Jenni has generously shared with us her thoughts on Prop 37 and how it will affect California families and food politics. Though Jenni will get into the specifics, the takeaway is simple: We, as consumers, have a right to know as much as possible about where our food comes from and how it is grown, and Prop 37 ensures we have yet another layer of facts about the production of our produce and specifically any GMOs. We hope you will read it and look for more from experts in the field on this important issue. And we encourage you to share your thoughts in the comments below or at hello@thechalkboardmag.com

Proposition 37 has become a cause close to my heart and I wanted to share what I’ve learned about it with you. I first learned about Prop 37 from my good friend Nicole who owns a political consulting firm and is volunteering to help pass Prop 37. Nicole has a young daughter named Taylor and we often share information back and forth on how to make the environment that our kids live in as healthy as possible. My other friend, Shiva Rose, who has been featured on Rip+Tan, also wrote about Prop 37 on her blog. You can check out her post HERE.

California Right to Know – Prop 37 is a very simple ballot measure. We have a right to know what’s in our food. It’s estimated that over seventy percent of our food supply contains ingredients that have been genetically engineered.

A genetically engineered food is a plant or meat product that has had its DNA artificially altered in a laboratory by genes from other plants, animals, viruses, or bacteria in order to produce foreign compounds in that food. This type of genetic alteration is not found in nature and is experimental. The scientific term is “transgenics,” and is also often referred to as GMO, or Genetically Modified Organisms.

An example of a genetically modified food would be the recent release of BT Corn into WalMart stores across the state. This corn has been engineered in a laboratory to produce pesticides in its own tissue. GMO corn is regulated by the Environmental Protection Agency as an Insecticide, but is sold unlabeled. The health risks of genetically engineered foods are unclear. Unlike the strict safety evaluations required for the approval of new drugs, the  safety of genetically engineered foods for human consumption is not adequately tested.

Across the country we see the demand for consumer information in the marketplace, from pink slime to meat glue. But when it comes to GMOs the consumers demand is continuously being ignored. It took a grassroots movement of several thousand Californians 10 weeks to gather nearly a million signatures to get Prop 37 onto the November ballot, whereas it has taken the junk food and pesticide corporations a matter of days to generate nearly $25 million to defeat this proposition. This poses the question, “if this food is safe, why are they spending millions to keep Californians in the dark?

Several states across America have attempted to label genetically engineered foods but suffered failed legislation for various reasons. In California Prop 37 takes the movement to the people by way of the ballot initiative system. This will be the first time Californians will have the opportunity to vote on the labeling of genetically engineered foods. Current polls show 90% of consumers across the political spectrum want GMOs labeled.

The same pesticide companies who told us that DDT and Agent Orange were safe are now telling us that their GMO products are safe. Prop 37 believes that consumers should have a choice to determine what is safe and good for their dinner table. Prop 37 does not ban genetically engineered foods. However, it merely calls for simple truth in labeling GMO foods and transparency in the marketplace.

Consumers have the right to know what they are eating, On November 6th we have the opportunity to vote for our fundamental right to information about the foods we eat and feed our children. To learn more information, donate to the effort or get involved go to http://www.carighttoknow.org/