Glutathione 101: Everything You Should Know About The Mother of All Antioxidants 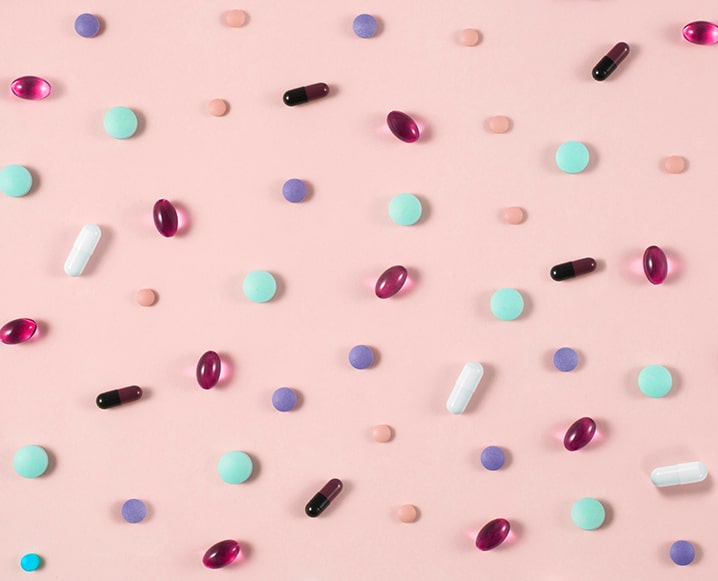 Have you heard of glutathione? This potent antioxidant is something our bodies naturally produce to support our immunity, but our lifestyle, stress levels, medications, and age can all deplete our glutathione levels leaving us vulnerable to everything it exists to protect. Functional medicine expert, Dr. Mark Hyman, is diving into the uses and benefits of glutathione, and how to boost levels naturally, based on science and some incredible first-hand observations…

It’s the most important molecule you need to stay healthy and prevent disease — yet you’ve probably never heard of it. It’s the secret to prevent aging, cancer, heart disease, dementia and more, and necessary to treat everything from autism to Alzheimer’s disease. There are more than 89,000 medical articles about it — but your doctor doesn’t know how address the epidemic deficiency of this critical life-giving molecule.

What is it? I’m talking about the mother of all antioxidants, the master detoxifier and maestro of the immune system: GLUTATHIONE (pronounced “gloota-thigh-own”).

The good news is that your body produces its own glutathione. The bad news is that poor diet, pollution, toxins, medications, stress, trauma, aging, infections and radiation all deplete your glutathione. This leaves you susceptible to unrestrained cell disintegration from oxidative stress, free radicals, infections and disease. And your liver gets overloaded and damaged, making it unable to do its job of detoxification.

In treating chronically ill patients with Functional Medicine for more than 10 years, I have discovered that glutathione deficiency is found in nearly all very ill patients. These include people with chronic fatigue syndrome, heart disease, cancer, chronic infections, autoimmune disease, diabetes, autism, Alzheimer’s disease, Parkinson’s disease, arthritis, asthma, kidney problems, liver disease and more. At first, I thought that this was just a coincidental finding, but over the years I have come to realize that our ability to produce and maintain a high level of glutathione is critical to recovery from nearly all chronic illness — and to preventing disease and maintaining optimal health and performance. The authors of those 76,000 medical articles on glutathione I mentioned earlier have found the same thing!

Glutathione is a very simple molecule that is produced naturally all the time in your body. It is a combination of three simple building blocks of protein or amino acids — cysteine, glycine and glutamine.

The secret of its power is the sulfur (SH) chemical groups it contains. Sulfur is a sticky, smelly molecule. It acts like flypaper and all the bad things in the body stick onto it, including free radicals and toxins like mercury and other heavy metals.

Normally glutathione is recycled in the body — except when the toxic load becomes too great. And that explains why we are in such trouble …

These genes impaired in some people for a variety of important reasons. We humans evolved in a time before the 80,000 toxic industrial chemicals found in our environment today were introduced into our world, before electromagnetic radiation was everywhere and before we polluted our skies, lakes, rivers, oceans and teeth with mercury and lead.That is why most people survived with the basic version of the genetic detoxification software encoded in our DNA, which is mediocre at ridding the body of toxins. At the time humans evolved we just didn’t need more. Who knew we would be poisoning ourselves and eating a processed, nutrient-depleted diet thousands of years later?

Because most of us didn’t require additional detoxification software, almost of half of the population now has a limited capacity to get rid of toxins. These people are missing GSTM1 function — one of the most important genes needed in the process of creating and recycling glutathione in the body.

Nearly all my very sick patients are missing this function. The one-third of our population that suffers from chronic disease is missing this essential gene. That includes me. Twenty years ago I became mercury poisoned and suffered from chronic fatigue syndrome due to this very problem. My GSTM1 function was inadequate and I didn’t produce enough glutathione as a result. Eventually, my body broke down and I became extremely ill …

This is the same problem I see in so many of my patients. They are missing this critical gene and they descend into disease as a result. Let me explain how this happens…

Glutathione is critical for one simple reason: It recycles antioxidants. You see, dealing with free radicals is like handing off a hot potato. They get passed around from vitamin C to vitamin E to lipoic acid and then finally to glutathione which cools off the free radicals and recycles other antioxidants. After this happens, the body can “reduce” or regenerate another protective glutathione molecule and we are back in business.

However, problems occur when we are overwhelmed with too much oxidative stress or too many toxins. Then the glutathione becomes depleted and we can no longer protect ourselves against free radicals, infections, or cancer and we can’t get rid of toxins. This leads to further sickness and soon we are in the downward spiral of chronic illness.

Glutathione is also critical in helping your immune system do its job of fighting infections and preventing cancer. That’s why studies show that it can help in the treatment of AIDS.(i)

Glutathione is also the most critical and integral part of your detoxification system. All the toxins stick onto glutathione, which then carries them into the bile and the stool — and out of your body.

If you are sick or old or are just not in peak shape, you likely have glutathione deficiency. In fact, the top British medical journal, the Lancet, found the highest glutathione levels in healthy young people, lower levels in healthy elderly, lower still in sick elderly and the lowest of all in the hospitalized elderly.

Keeping yourself healthy, boosting your performance, preventing disease and aging well depends on keeping your glutathione levels high. It is critical for immune function and controlling inflammation. It is the master detoxifier and the body’s main antioxidant, protecting our cells and making our energy metabolism run well.

How To Optimize Your Glutathione Levels

Consume sulfur-rich foods. The main ones in the diet are garlic, onions and the cruciferous vegetables (broccoli, kale, collards, cabbage, cauliflower, watercress, etc.).

Try bioactive whey protein. This is a great source of cysteine and the amino acid building blocks for glutathione synthesis.I am not a big fan of dairy, ut this is an exception — with a few warnings. The whey protein MUST be bioactive and made from non-denatured proteins (“denaturing” refers to the breakdown of the normal protein structure). Choose non-pasteurized and non-industrially produced milk that contains no pesticides, hormones, or antibiotics. Immunocal is a prescription bioactive non-denatured whey protein that is even listed in the Physician’s Desk Reference.

Exercise for Your Way to More Glutathione.

Exercise boosts your glutathione levels and thereby helps boost your immune system, improve detoxification and enhance your body’s own antioxidant defenses. Start slow and build up to 30 minutes a day of vigorous aerobic exercise like walking or jogging, or play various sports. Strength training for 20 minutes 3 times a week is also helpful.

One would think it would be easy just to take glutathione as a pill, but the body digests protein — so you wouldn’t get the benefits if you did it this way. However, the production and recycling of glutathione in the body requires many different nutrients and you CAN take these. Here are the main supplements that need to be taken consistently to boost glutathione. Besides taking a multivitamin and fish oil, supporting my glutathione levels with these supplements is the most important thing I do every day for my personal health.

N-acetyl-cysteine. This has been used for years to help treat asthma and lung disease and to treat people with life-threatening liver failure from Tylenol overdose. In fact, I first learned about it in medical school while working in the emergency room. It is even given to prevent kidney damage from dyes used during x-ray studies. CHECK OUT

Alpha lipoic acid. This is a close second to glutathione in importance in our cells and is involved in energy production, blood sugar control, brain health and detoxification. The body usually makes it, but given all the stresses we are under, we often become depleted. CHECK OUT

Antioxidants including vitamins C and E (in the form of mixed tocopherols), work together to recycle glutathione. CHECK OUT