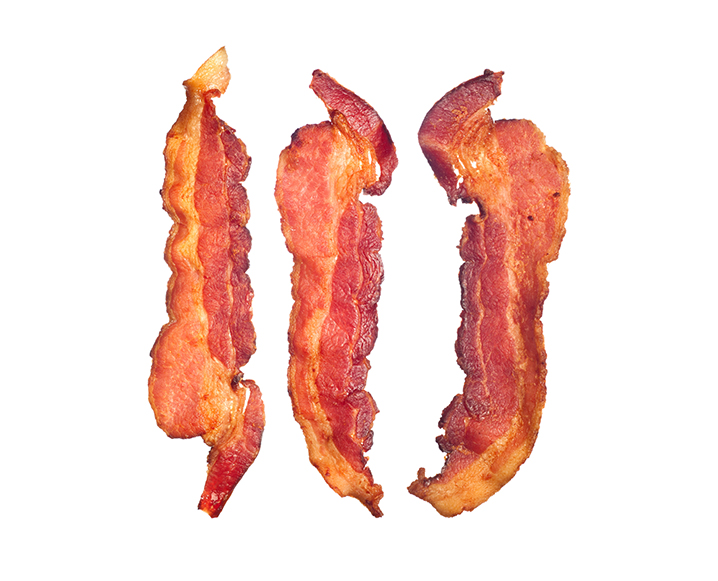 What It Is: That freshly-barbequed flavor you taste when biting into a deli sandwich? Blame sodium nitrate, a common food additive known for its smoky flavoring. It’s an inorganic compound used to prevent food spoiling and botulism, and can also be used as food coloring when combined with other dyes. While it has been in use since the early 20th century, it is one of the most carcinogenic additives on the market. It’s most commonly found in bacon, ham, hot dogs, lunch meats, corned beef, smoked fish, and other processed meats.

Health Risk: Sodium nitrite helps contribute to the formation of stomach-harming nitrosamines and may be linked to increase risked in gastric, esophageal and rectal cancer. Some studies have also shown links to Parkinson’s disease, diabetes and Alzheimer’s disease. Not worth it for just an artificially smoky flavor!

How to Avoid It: As always, check your labels. The easiest way to avoid this ingredient, however, is to avoid processed meats altogether. Look for bacon that is nitrate-free and, when possible, buy your bacon from local farmers who’s practices you trust!

Alternatives to Try: Replacing bacon with tempeh can easily help lessen the sting – yes, really! The salty, smoky taste of tempeh can serve as a welcome substitute to this foodie favorite. Additionally, using spices on some of your favorite, healthy food alternatives can give them that smoky flavor. Cayenne pepper, paprika, garlic and onion give tang and heat without toxicity.