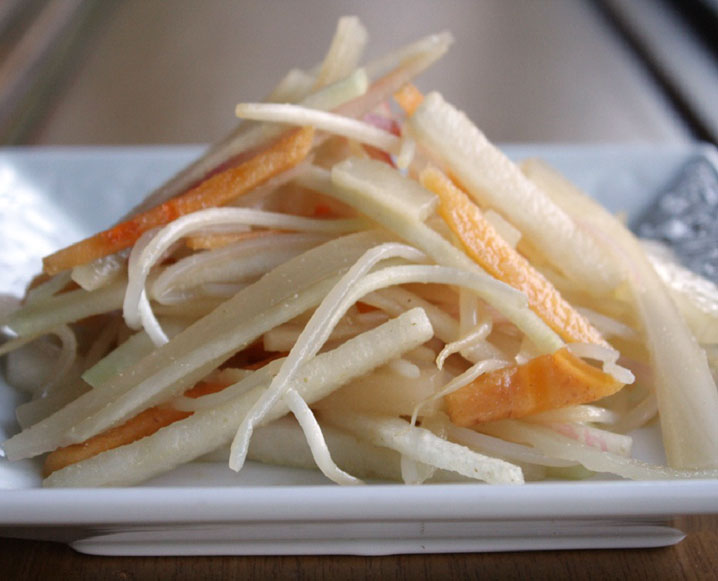 WHAT YOU SHOULD KNOW: Yacon is a tubular root that grows in the Amazon highlands. It is actually a member of the sunflower family, which is not surprising with one quick glance at its huge leaves and bright yellow interior. The Yacon plant itself produces leaves that resemble celery, but the root itself is where this Amazonian powerhouse’s magic hides. It has both nutritional and medicinal value, and can be consumed in the form of jams, syrup, baked, or simply raw.

WHY YOU SHOULD TRY IT: Raw yacon root has diuretic properties, perfect for those days when you feel a bit puffy and in need of detox. It’s also a wonderful natural sweetener – low glycemic and relatively low in calories. Yacon can be a perfect sugar substitute for individuals with diabetes or hypoglycemia, but as always, consult your doctor to make sure it’s right for your unique body and condition.

A sweet treat with anti-aging properties? Believe it! The antioxidants contained in yacon root help fight cell oxidation in your body, which expedites the aging process. And if all that wasn’t enough, yacon root is also an excellent source of prebiotics, which stimulate the growth of good bacteria in your gut for proper digestion.

LET’S GET TOGETHER: One of our favorite superfood brands, TerrAmazon, carries yacon root in multiple forms. For a midday snack, grab a bag of petal-like Semi-Dry Yacon Slices, which taste like melon and look almost too pretty to eat! And for a sugar or syrup substitute, check out the Organic Raw Premium Syrup.