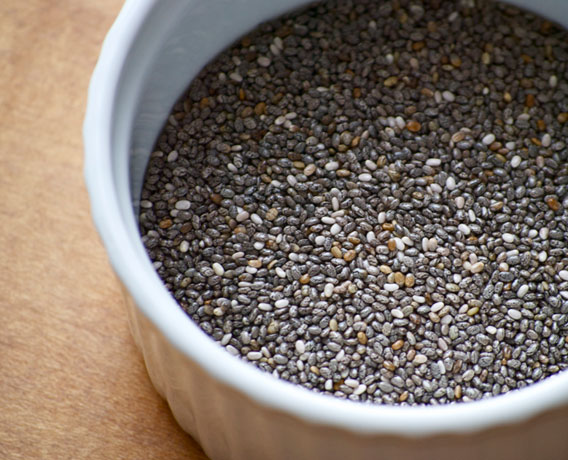 Have you ever tried chia seeds? Yes, chia like Chia Pet, although eating them is a bit different than growing them on a terracotta dog. I had a couple of different Chia Pets when I was growing up in the ’90s, but I never got any of them to actually grow. Thankfully, no green thumb is needed with this popular new superfood, apparently once a staple of the Incas and the Aztecs.

Chia is native to Central America and South America, and it’s still commonly eaten there; you may have seen chia served in a delicious drink with sweetened lemon or lime juice. Chia seeds come in both black and white varieties, and they are chock full of Omega-3s. The seeds also have a ton of fiber and even a little bit of protein. When combined with water, chia seeds make a mild-tasting “gel” that you can eat with all kinds of different foods.

I’ve been eating chia seeds for about a year now, but I’m constantly trying to think of new ways to incorporate this superfood into my diet. I recently came up with this chia parfait that’s perfect for a healthy dessert or even for breakfast.

Here’s how to make the chia gel: I usually just combine a couple tablespoons of chia seeds with water, stir and let them soak for a few hours. When I come back, there’s the gel! It lasts for about 3 days in the fridge. And the chia seed gel is not only healthy, it’s versatile; I toss the gel into salads, soup, and smoothies and occasionally even baked goods. 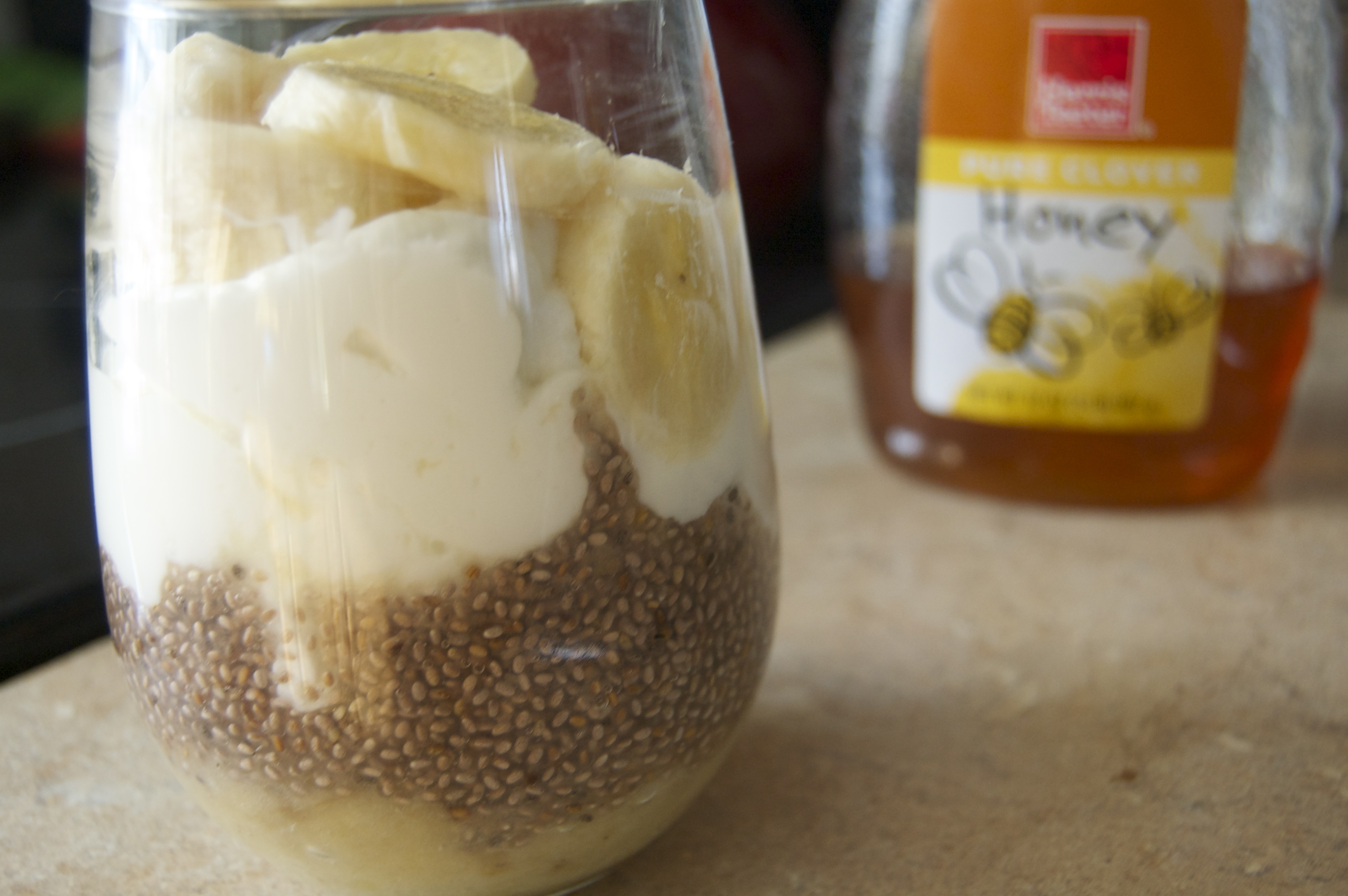 1. Using your blender, blend the frozen banana until it’s smooth and creamy, almost the consistency of ice cream. (By itself, blended frozen banana is a great alternative to ice cream…try it with a bit of cocoa, too!)

2. Place the blended frozen banana in the bottom of a parfait glass, if you have one. If not, a mug or even a tumbler should do.

3. Layer the chia seeds on top of the banana.

4. Layer the greek yogurt on top of the chia seeds.

5. Top with sliced fresh bananas, a drizzle of honey and a tiny sprinkle of cinnamon. 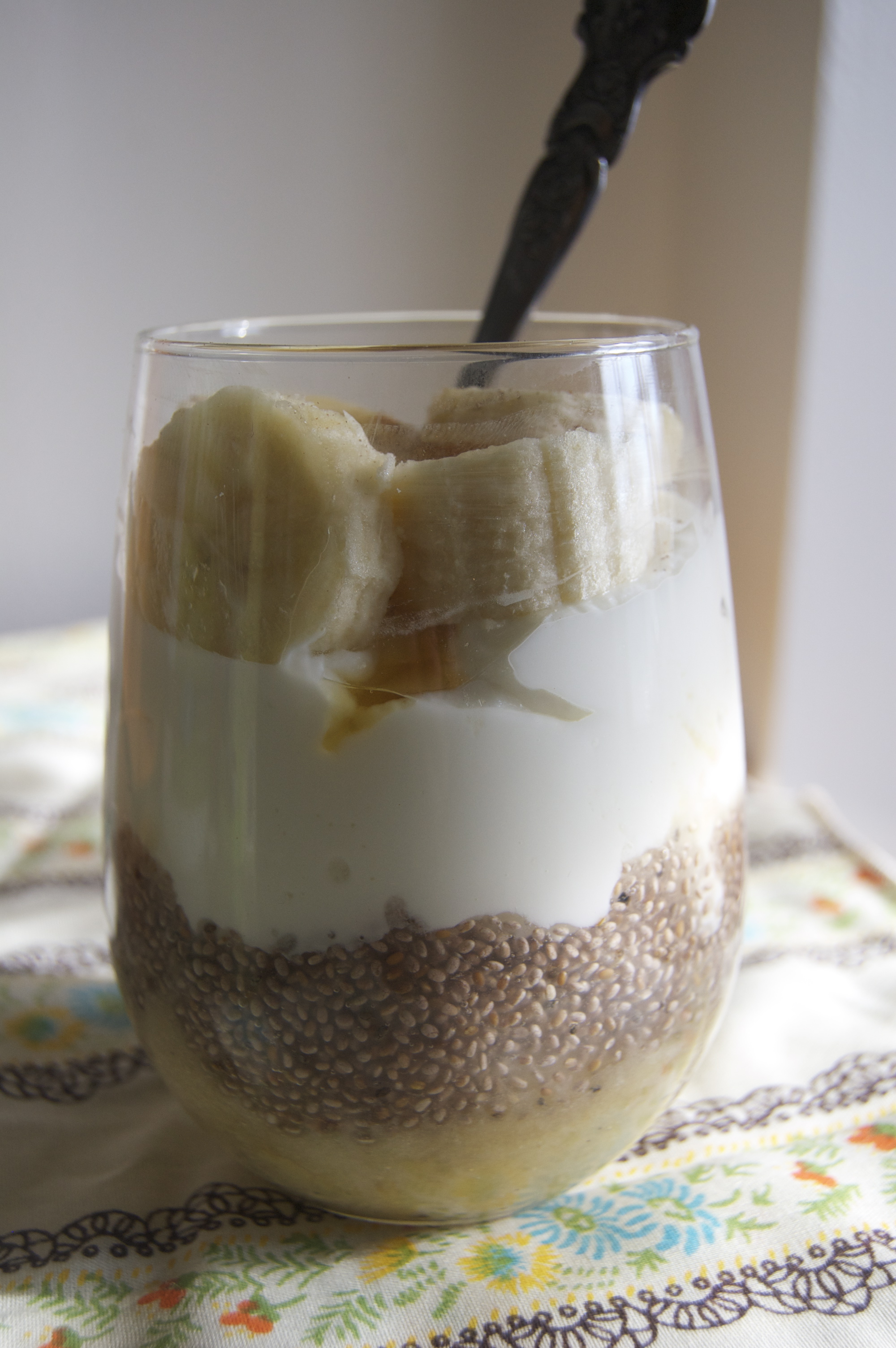