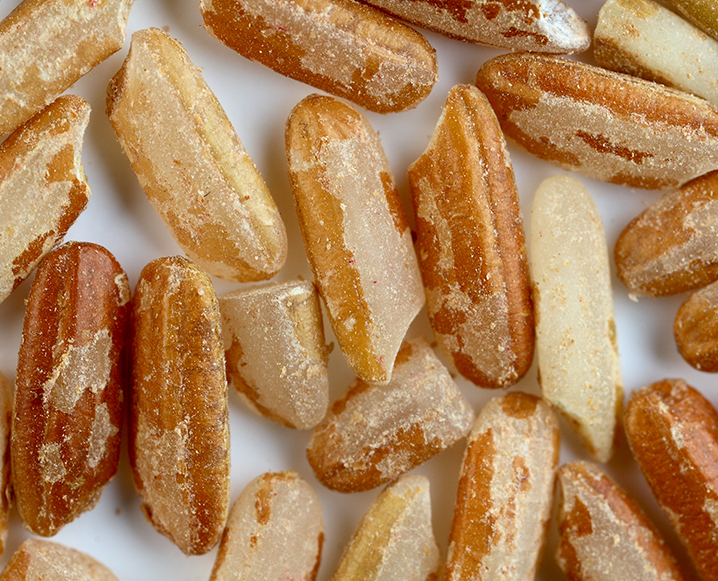 What you need to know: By now I trust you are all quite savvy health enthusiasts who recognize the power of eating kale and drinking down chlorella, so I am coming to you with a lesser-known superfood that rivals the majority of powders and elixirs residing in your cupboards – rice bran solubles. Soluble rice bran is the nutrient storehouse of the rice bran and is a long-time secret of alternative health practitioners; it contains protein, minerals, vitamins and healthy fatty acids. In fact, it can actually be utilized as a daily vitamin – pushing out those antiquated rock-formed tablets of nutrients, also known as the multivitamin – providing you with not only a luscious vanilla taste, but also supercharged health benefits.

Why you should try it: While rice bran may be a far cry from our typical exotic choices, do not allow its commonplace name to deter you from taking an interest in its health promoting qualities. Also referred to as tocotrienols for its high proportion of these key vitamin E compounds, rice bran boasts benefits ranging from increasing our natural detoxification capabilities, and balancing blood sugar to reducing cholesterol. The one aspect of rice bran that makes us swoon is its natural CoQ10 content. CoQ10 is a key antioxidant that promotes cell energy, allowing the very cells of our body to take in vital nutrients and expel harmful toxins, which just so happens to be one of the building blocks of a fully vibrant body. Furthermore, if you are taking Statin drugs, the inclusion of CoQ10 is necessary to prevent possible side effects.

Let’s get together: Unlike other super-powders like dried wheatgrass, this stuff is good enough to eat straight out of the jar. Use it to add that sought-after rich and creamy flavor to desserts and smoothies. One of our favorite things to do with the solubles is make these creamy vanilla protein bites, which are the perfect snack for you and your kiddos. Just remember to use a high-quality, raw form, such as Rice Bran Superfood by Immunologic

Mix cashew butter, honey and rice bran in a large bowl and knead. Form mixture into golf-sized balls and set aside.

Lay out waxed paper on a table and sprinkle shredded coconut, cinnamon and poppy seeds onto paper. Roll the balls in the toppings, until thoroughly covered.

Place balls in a container and store in the refrigerator for a minimum of 1 hour to harden. Then enjoy!