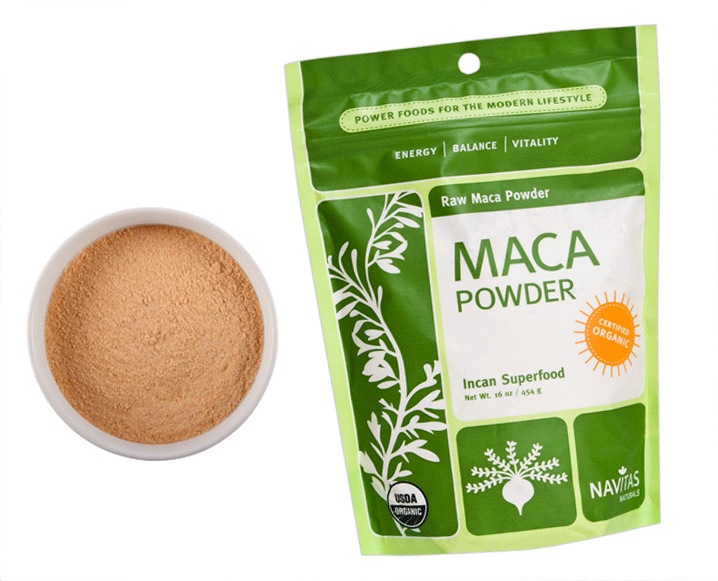 WHAT YOU SHOULD KNOW: Maca is an herbaceous plant native to Bolivia and Peru, grown high in the Andes Mountains. It is mainly grown for the health benefits of its root, which has been used as far back as 1600 B.C. to balance the body’s endocrine system, alleviate stress and provide an all-natural energy boost. Maca is loaded with amino acids, vitamins B, B1, B2, C, D and E, as well as fiber and essential fatty acids. Maca is also an adaptogen, meaning it helps to bring balance to the body in whatever way the body needs it.

WHY YOU SHOULD TRY IT: Feeling sluggish but want to avoid that cup of coffee? Add some maca powder to your smoothie instead. Maca provides an instant stamina boost, perfect for everything from that early morning gym trip to fighting chronic fatigue. In addition, maca can help balance stress within the body, aid in reproductive function (it can have a sex-drive boosting effect, watch out!) and increase fertility.

LET’S GET TOGETHER: Maca is popping up everywhere from your local grocery store’s all-natural aisle to your favorite smoothie bar’s add-ons menu. We like to add delicious-tasting Navitas Naturals Maca Powder

to our morning green drink for an extra energy jolt. With its butterscotch-esque taste, it is the perfect addition to homemade “milkshakes” or desserts. Maca ice cream, anyone?