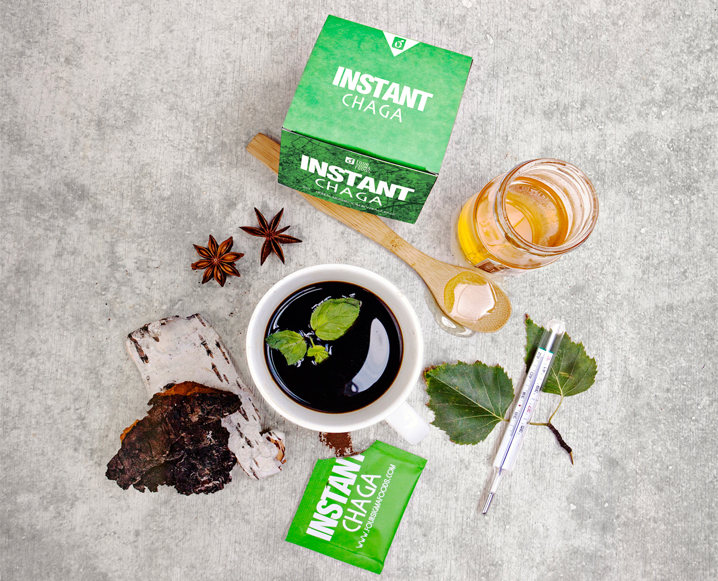 What you need to know: Chaga, a wild mushroom that looks more like a hunk of tree bark than an edible fungi, is found growing in the coldest regions of the northern latitudes of Alaska, Siberia, Northern Canada and Scandinavia. It grows right out of the birch tree – reaching up to thirty pounds! – and survives harsh temperatures by takings its nutrients from the tree itself. It cannot be commercially cultivated; it is only found through foraging. It is believed to be the most nutrient-dense of the entire mushroom species, containing a DNA structure that is 30% more like a human’s than it is like a plant’s DNA. Chaga improves longevity, reduces tumor growth and aging, fights inflammatory conditions and prevents the onset of degenerative diseases.

Why you should try it: Chaga is one of the richest sources of the enzyme SOD (superoxide dismutase), an antioxidant that prevents damage to the cell’s DNA. Low tissue levels of SOD have been associated with both a decline in overall health and a reduction in life span. Studies have shown that SOD can play a critical role in lowering the incidence of atherosclerosis, Alzheimer’s, stroke and both chronic and acute inflammatory conditions. It can also lessen pain associated with conditions such as arthritis. Chaga also contains the compounds betulin and betulinic acid. Both betulin and betulinic acid are quite similar in structure to beneficial cholesterol, serving as precursors to cholesterol in the human body. They support cell membrane stabilization, hormone and vitamin D production, and healthy bile for fat digestion. Finally, chaga possesses antiviral properties, boosts immunity and balances blood sugar.

Let’s get together: Being a tough, bark-like mushroom, chaga must be boiled to create a broth, tea or tincture – or be consumed in powder form. When making tea, keep the water temperature below 180 degrees; this prevents the destruction of chaga’s proteins, sterols, and enzymes. If you’re on the go, Instant Chaga Powder Packets will fit right into your daily health routine. These powder packets are relatively mild in taste, making it easy to add to your morning hot chocolate smoothies, vegan eggnog, and Pressed Juicery’s seasonal Spiced Almond.