Trust Your Gut: The 5 Self-Defense Tips You Need To Know 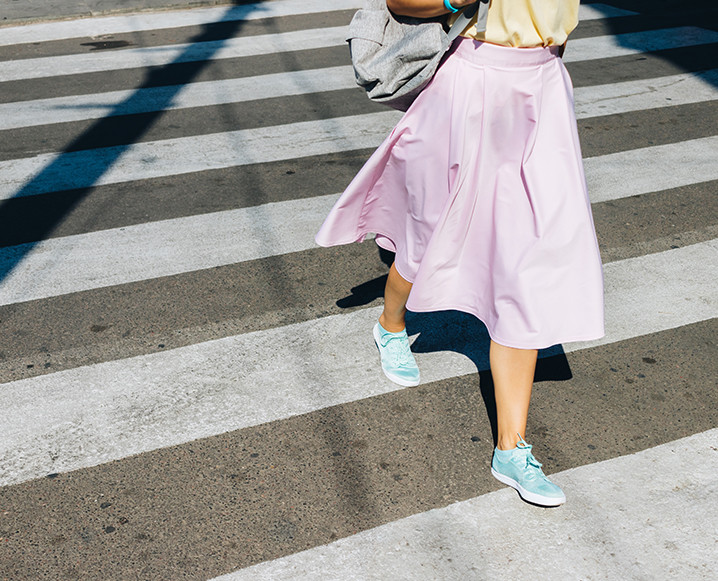 In his new book, veteran police office and FBI tactics instructor, Steve Kardian taps his years of experience to provide women with the most important self-defense knowledge he thinks necessary.

The New Superpower for Women is an empowering reminder that energy is everything – and keeping ourselves safe has a lot to do with self-awareness and a keen use of our innate instincts. Here’s what you should know…

It can take a criminal less than seven seconds to pick you as a potential target. By presenting yourself as a hard target, as someone difficult to compromise, the predator will move on and look elsewhere. Studies have shown that a predator will assess the vulnerability of a potential target based on basic movements such as stride length, which includes arm swing, foot movement and posture. This body language will be interpreted for signs of weakness. A predator’s main concerns are getting caught or hurt, so he is on the lookout for a person that will be easy to assault. Protect yourself by taking the following self-defense tips to come across as a hard target…

Take forceful, dynamic steps that convey assertiveness and confidence. Swing your feet gracefully forward. When you walk naturally, your arms are slightly bent at the elbows and you let them swing back and forth. It’s natural for them to move to counterbalance your leg motion.

Stride Length: A sign of weakness can be revealed when a woman takes abnormally long strides and her arms swing in a corresponding fashion. This can cause a woman to look uncoordinated and may attract unwanted attention from a predator.

Posture: Your posture tells the world a lot about you and is an easy fix. Keep your chin up, spine straight and shoulders back, looking around, taking in your surroundings. A slumped or hunched posture sends out a message of fear and timidity – of being less likely to fight back. Similarly, walking with your gaze lowered suggests a lack of awareness, all of which makes you an inviting target.

I suggest giving people a split-second glance so that you have put them on notice that you know they are there. You are talking with your body and telling them, “I see you. If you’re up to no good I know it, and I am not an easy target.” When a predator knows that you have seen him, he may look for another target because the element of surprise is lost.

Keep Your Head on the Level

If you get the feeling you’re being watched or checked out, cast a casual glance in the direction of the person watching you. After looking at someone, people have a tendency to look down or away; it signals intimidation. Once you glance at the person, return your head to the forward position keeping your head on the level.

As you look around, your subconscious brain will be picking up details and information and transferring that knowledge to your conscious mind as feelings, or to your body as physical sensations. In other words, your intuition will be actively giving you feedback. If it picks up something unusual, you will definitely get an alert. Train yourself to hear your intuition no matter how softly it may initially caution you.

Situational awareness is a notch up from simply noticing things, since it involves trying to anticipate what will occur. For instance, if you see a man who appears under the influence of a substance, consider crossing to the other side of the street as a precaution. You have not only seen him, but you have also taken steps to prevent a worse situation.

When you follow these five steps, you will be better prepared to stay safe by being cognizant of the way you walk, by putting people around you on notice that you are aware of them and not scared (by maintaining your head on the level), by trusting your gut instincts and taking precautionary steps through the use of situational awareness. These behaviors, interpreted by predators, send a strong message that you are not vulnerable. You are a hard target.