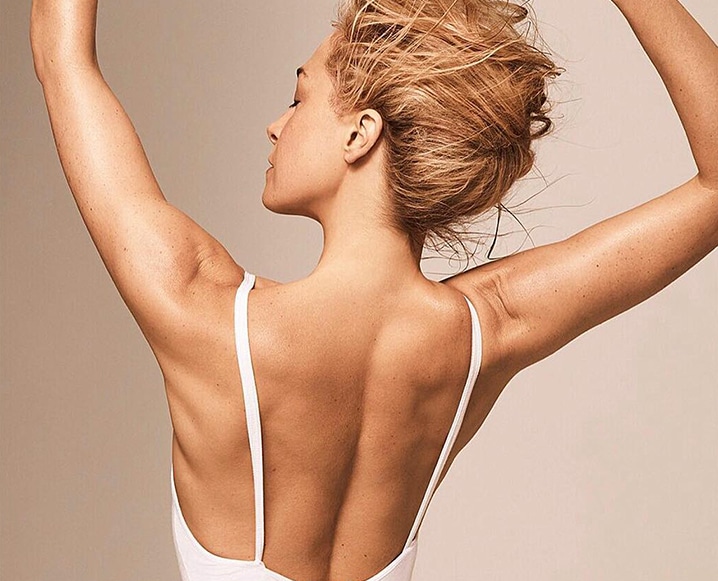 Qigong is a 2,000-year-old practice that stems back to ancient Daoist, Buddhist and Confucian philosophies. The word “qigong” is made up of two ancient Chinese words: Qi, which translates to “life force” and Gong, which means “skill.” Historically, qigong training was passed down from one master to a dedicated student, but these days, you can get in on its many mind-body benefits with a quick internet search. Functional medicine expert, Dr. Josh Axe, is helping us tap in with this comprehensive beginners guide…

Qigong is considered a collective term for a long-established, extensive set of exercises first created in China more than 2,000 years ago. As many Eastern medicinal practices continue to gain popularity in the West — including acupuncture, meditation, Ayurveda and yoga — qigong and Tai Chi are also going mainstream. Eastern practitioners have known about the benefits of qigong for centuries, and today Western scientific research is following-suit, confirming that qigong can help prevent and manage many different health problems. The ancient practice is especially beneficial for older adults and people who are chronically stressed out.

Qigong is the term for not just one, but many types of gentle movement and concentration practices stemming from China. Some experts believe that there are more than 3,000 different styles of qigong in existence today. Tai chi and other forms of qigong are one of the secrets of people living in blue zones. Today, holistic practitioners promote qigong for its proven stress-reducing benefits, plus its ability to improve flexibility and inner-focus.

Qigong involves performing gentle movements that are synchronized with the inhalations and exhalations of the breath, making it similar to yoga in that it’s a powerful holistic practice for both the “body and mind.” Qigong is considered to be a form of exercise, but also a mental skill that must be mastered over time with practice. Science confirms qigong improves energy, inner peace, strength, sleep quality and vitality. Today, people practice many different forms of qigong (just like yoga), including tai chi – a gentler type that’s well suited for older people – and kung fu, a more vigorous practice that’s similar to other martial arts like karate.

No matter the style of qigong, all types usually share several key characteristics: They feature specific body positions or exercises, which are both fluid and also held in place (stationary). Movements are tied to the breath. While movements are being performed, concentrated focus is also very important, giving qigong qualities similar to mindfulness meditation.

Qigong requires no equipment, can be performed just about anywhere, and can be tailored to an individual’s needs depending on their goals and physical abilities. This makes it a good exercise choice for just about anyone who’s looking to improve range of motion and relaxation.

Although it’s widely believed in traditional Chinese medicine that qigong practices can help just about all aspects of life, below are some of the ways qigong has been proven to help the most:

Qigong improves heart health | Movement associated with qigong/tai chi is said to stimulate natural energy, known as qi (chi). Many tai chi practitioners report feeling warmer, more limber, tingly and more energetic after they practice. In western science, this idea is explained through qigong’s ability to improve circulation and lymphathic drainage.Qigong can definitely range in terms of intensity, which means it affects the cardiovascular system differently depending on the style. Some practices involve slow, steady, deep and smooth movements linked with breath. This helps calm a racing heart and mind. A more vigorous practice increase someone’s heart rate, causing them to sweat while providing a low-to-moderate intensity aerobic workout.

Studies show that qigong/tai chi can often help improve blood pressure by increasing stamina, strengthening the heart, boosting circulation and lowering stress. Recent studies out of National Taiwan University Hospital suggest that tai chi is safe and effective for patients with myocardial infarction, coronary heart disease, those who have had bypass surgery and heart failure.

Qigong lowers your risk of injury | A 2005 study published in the Journal of Gerontology found that a three-times-per-week, 6-month tai chi program effectively decreased the number of falls, the risk of falling and the fear of falling in patients over the age of 70. They also found that patients experienced significant improvements in overall functional balance and physical performance, even when the patients were physically inactive and limited in their abilities before the study.

Reduces negative effects of stress | A 2014 review published in the International Journal of Behavioral Medicine found that tai chi interventions have beneficial effects for various populations on a range of psychological well-being measures, including depression, anxiety, general stress management and exercise self-efficacy. Because stress and digestion are closely linked, tai chi and qigong can also help with issues like gastritis, IBS and ulcers.

Qigong is said to help reestablish the body/mind/soul connection. In this way, it goes beyond what many other types of exercises do, often impacting practitioners on a deeper, emotional level. Some of the mental benefits associated with qigong/tai chi include deeper spiritual development, experienced body confidence, better attention span and a deeper sense of connection to others. The linking of body movements, breath and focus makes tai chi and yoga very similar. Both practices help improve functions of the parasympathetic nervous system, which calm the body and mind down, reduce nervousness and muscle tension, improve deep breathing and can help with relaxation and deep sleep.

Qigong improves immunity | The Hospital of Guangzhou Medical University in China reports that of all mind-body interventions which are widely used by cancer patients to reduce cancer symptoms and better cope with disease, qigong/tai chi has emerged as one of the most effective. The institution’s research tested the effects of qigong’s ability to improve quality of life (QOL) and other physical and psychological effects in 592 cancer patients. The results showed that qigong practice significantly helped reduce fatigue, improved immune function and lowered cortisol level in the majority of patients.

Qigong reduces chronic pain | In 2008, the Peninsula Medical School performed a review of data from 12 controlled clinical trials testing the effectiveness of tai chi for treating degenerative joint diseases such as osteoarthritis and joint pain. The study found significant pain reduction in patients practicing tai chi compared to routine treatment. Researchers also found some evidence of improvement of physical functions and activities of daily living in the tai chi group. While there’s some encouraging evidence suggesting that tai chi may be effective for controlling chronic pain, researchers point out that future studies done on a larger patient population and for longer treatment periods are still needed before tai chi will replace other standard treatment options.

The most popular way to practice qigong is to learn a short series of tai chi. Tai chi is usually practiced as a series of graceful, seamless hand forms which vary in length. Chen Meng is credited with creating a popular, shortened version of traditional tai chi that lasts about 15 minutes. It’s simple to learn and perform at home. Tai chi series normally require a significant amount of open space, so it’s common to practice outside in a field or in an empty room.

Warmup: Make sure you first warm up by practicing simple stretches or calisthenics to move your legs, arms and back. Wear loose clothing that allows you to move around and stay cool. For tai chi beginners, it’s usually best to take things very slow and spend 10 to 20 minutes a day learning just a few postures rather than rushing through an entire routine. It takes time to learn proper form and posture, so be patient and try not to force the practice. (This can defeat the whole point.)

Beginner posture: This is the most basic tai chi pose. It requires your feet to be shoulder distance apart, your toes facing slightly inward, knees soft, chest and chin slightly hollowed, and hips slightly tucked. Some describe the pose like you’re sitting in a high stool.

Basic stepping exercise: Stepping from one posture to the next is important in qigong. This requires learning how to transition smoothly and gently, rolling/placing the feet with balanced weight. Keep your center of gravity low while stepping and rolling your entire foot so both feet rest on the ground in the end position.

Catch a Ball/Ball of Energy: Rub your hands together, pull them apart (they are now “filled with warmth and qi”). Then bring them close together again, but don’t allow them to touch. Continue to pull your hands apart and bring them closer together, repeating with a slow and steady rhythm, perhaps stepping at the same time.

Single whip or Ward off: This moving hand position is typically used for jabbing, whipping, striking or even in massage. Place the hand with palm facings downward and the four fingers curled to lightly touch the thumb. The front leg is extended out, body open to the side, front arm moves forward and the wrist bends down as the fingers open and close.

Roll back: This move uses the waist and is done in a diagonal position. Put weight on left leg and turn waist to the left. The right arm curves to hold a ball against your chest, fingers move upward while left arm arcs first downward, then left arm floats up to shoulder height.

What is tai chi and how is it different from qigong? Tai chi is considered to be a specific style of qigong, but it’s far from the only style. Tai chi involves a specific series of postures and exercises, while qigong can be practiced in no particular order.

Tai chi moves have been shown to help promote better circulation, range of motion and mindful focus. Tai chi practices range from anywhere between 10 minutes to 2 hours long.
Most research done in the West involving the health benefits of qigong have studied the effects of tai chi, since it’s now popular in places like the U.S and Europe, customizable for different audiences and well-suited to manage many different health conditions.