How a Post-Preggo Chrissy Teigen is Living Well 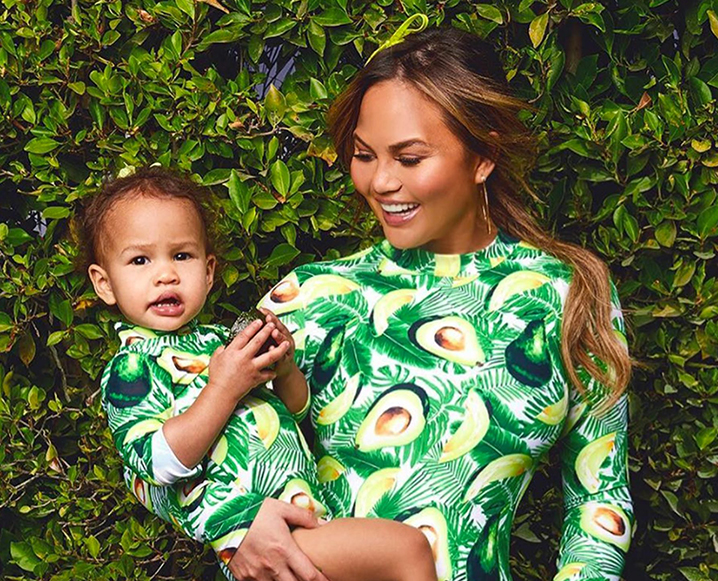 We can always rely on Chrissy Teigen to tell it like it is. Since giving birth to her second child, sweet baby Miles, she’s been all over social media showing us how she’s bouncing back in true Chrissy form — that is, hilariously honest and borderline TMI (just the way we like it).

Between tending to baby, launching a new body oil and wrapping up a follow-up to her cookbook, Cravings: Recipes for All The Food You Want To Eat, here’s how Mrs. John Legen is living well after pregnancy… 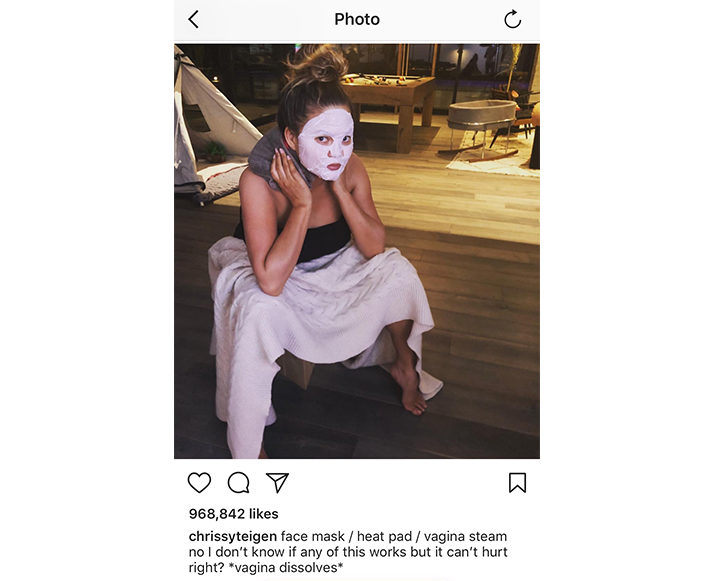 Making Time for Self-Care. Chrissy recently posted a pic of herself with the V-steam, an ancient Korean ritual we first covered here. Vaginal steaming gently cleanses and is said to speed up healing and toning of the reproductive system after giving birth. Do it the Chrissy way; multitasking with a face mask, heat pad and cheeky caption.

kitchen support. Juggling dinner prep with a tiny human crying is a challenge best served with a little assistance. Even though Chrissy is a total pro in the kitchen, lately she’s saving time (and sanity) by using meal kits. She teamed up with Blue Apron to pack up a few recipes from her cookbook.

taking it easy. As much as you’re able, be sure to schedule conscious quality-time with your family. Chrissy prefers beach days with Luna, John and of course, baby Miles. 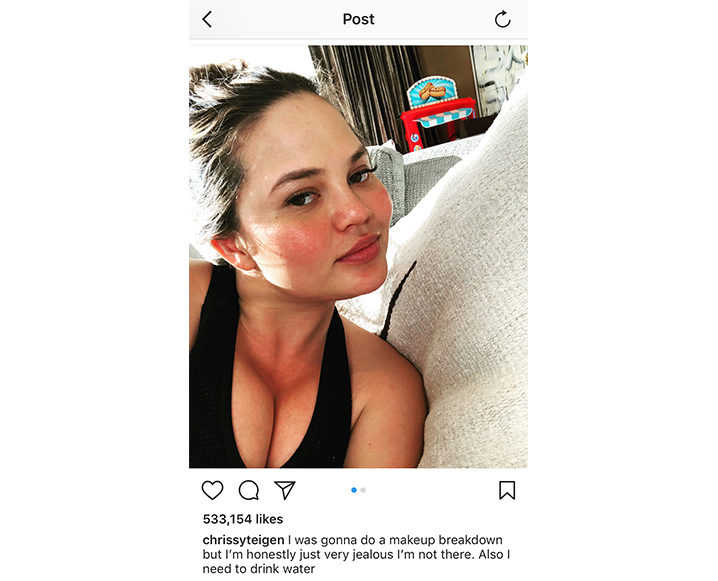 Netflix N Chill (In A Whole New Way). According to her posts on Instagram and Twitter, Chrissy is loving the Ali Wong standup special on Netflix, and apparently breast feeding provides the perfect amount of episodic downtime.

Keep Things Real. No one is expecting perfection after you literally made a human in your body. Be easy on yourself. Even when FOMO strikes, try to have a sense of humor, because this too shall pass.  Chrissy’s hilarious posts during the Met Gala killed us – included the full breakdown of her well-styled couch ponytail.

Scroll through our favorite food moments with Chrissy here.