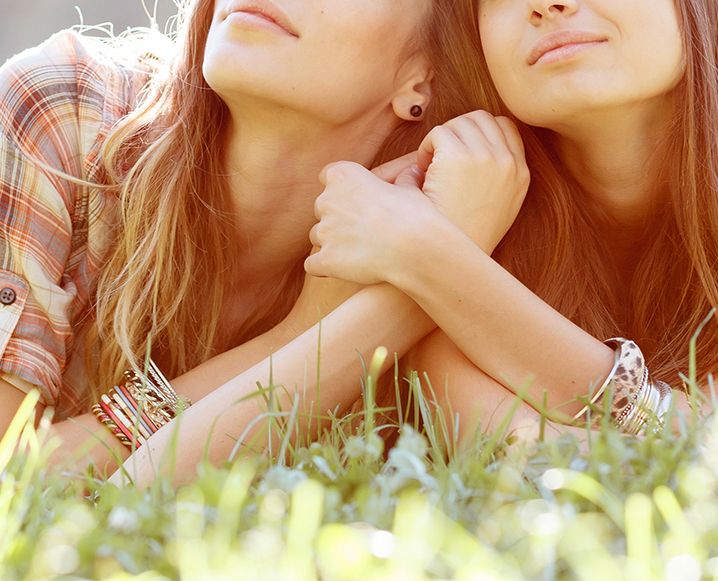 You know when your BFF lands her dream gig or the man of her dreams and you squeal with delight? One amazing part of friendship is being able to celebrate accomplishments and milestones with one another – but that doesn’t mean you’re not allowed to feel other emotions, too. Maybe you’re hoping to accomplish similar things. Maybe you’re a little confused or sad, even. Relationship expert Ellie Burrows dissects those over-amplified reactions and offers a few solutions on how to support your friend while being true to how you feel – it all starts with authenticity.

When a situation occurs more than once and parallels can’t be ignored, I pay attention. It usually means it’s time to learn something.

A month or two ago, I told a couple of different friends about a new relationship.

Separately, they had this reaction.

That reaction wasn’t to scale; it was a disproportionate response to the information that was presented. Typically, I would amp up my response to match their levels. I might have yelled something back at them about the incredible time I was having and the way he said this or that. Instead, I found myself hurriedly pressing the bottom half of the button on my Apple headphones to turn down the volume.

I wanted to ask all the wrong questions: How was it possible that my friends were happier for me than I was for me? Could they really be that excited about something that was happening in my life? But I knew better. It was totally not about that.

It’s not the first time I have seen my friends react in this way. I imagine that everyone has probably experienced similar outbursts when it comes to various milestones or professional achievements. That Sprint commercial exists for a reason and while I hate to support any form of stereotyping, especially when it comes to hysterical women, it is still an important commentary on the way human beings of all genders communicate.

See, I can also come down with a case of exclamationitis. I am definitely guilty of the inflated response. I think it was only last month that one of my friends bought a house and I think I texted her something like “Ahhhhhhhhhhhhhhh! Congratsssssss! Yayyyyyyyyyyy!” I was emphasizing the consonants and my other friends were heavy on the vowels, but my reaction was the same as those that had triggered me weeks before.

So on to the right questions: What was different about me this time around? What about my friends’ overly enthusiastic responses made me so uncomfortable? How had I not been previously triggered by this behavior in others or myself?

The satisfaction I’m feeling is new. When the heart is full like that, it’s hard for words to find a space. It is neither a peak among several peaks and valleys, nor a high among several highs and lows. It is neither over the top, nor calls for an “!” nor an “O.M.G.” It is a happiness born from fulfillment and nourishment. Those two sensations have a weight to them, the kind that grounds. And the ground is where we find our balance. And a happiness that is well balanced is one without mania.

Mania. The first line of its Wikipedia page says it all: Mania is the mood of an abnormally elevated arousal energy level. The word is derived from a Greek word meaning “frenzy.” In my case, I think that word should be spelled “friendzy.”

I offer this definition for my new word: a state that occurs when friends are incredibly aroused by one another’s lives whereby their interactions become inauthentic and they ignore their true feelings.

I’m neither a psychotherapist nor a psychoanalyst but conceptually I know that happiness and mania are different things. I have a healthy, normal brain but I’m susceptible to bouts of mania. I would wager that most humans are equally as susceptible because neither Beyoncé nor the Superbowl could exist without it.

But mania has very little to do with exploring one’s inner process. It’s rather like a flood of ecstatic feelings that feels as high as the sky. When I think about shouting about how happy I am in a relationship it feels like I’m undermining or depreciating it. All that height feels far off from my happiness’ natural pitch. And I am going to call myself out because there’s something inherently disconnected and unreal about mania.

In the case of my friend who bought the house, I am truly happy for her. I can feel that in my chest. It is her dream house and a big time transition for her. But, I’m also feeling sad that she is moving to the suburbs and we’re at that moment in our lives where we’re going our separate ways, focusing our energies on our partners, and building our lives alongside them. I’m happy for her but I’m also kind of bummed that she has to sit on a train for an hour and half to get home and I won’t be able to drop her off on the way to my apartment anymore. The truth is that I am not really yay-ing with a thousand y’s about it.

Maybe my friend who was really excited about my relationship is also truly happy for me. But I also know she wants to fall in love and share her life with someone. She is probably happy for me but she’s likely feeling all sorts of other things around it too. And that is totally ok.

As I was writing this article, I brought this issue up with someone in conversation and she had this to say, “Sometimes I can drop into mania from fear. I don’t trust that my friend will believe that I’m truly happy for them unless I’m shouting from the rooftops. I have had to learn how to check myself and stay grounded when friends are communicating something about their lives. It’s work to stay present so I can authentically listen and respond.”

Last week, I had the opportunity to practice what I am preaching. Another friend from college left New York City to move to her hometown of San Francisco. She’s thrilled. I unapologetically told her that I am happy for her but I am not actually happy about it. Not happy about it at all. In fact, I am actually really sad about it.

We calmly and openly discussed it several times before she left. There was no room for mania in any of the conversations because we were busy being completely honest with one another. During our last goodbye there were hugs and tears. And the most fascinating part about that final exchange was that there was scarcely a word exchanged. The whole thing was quiet. Really quiet. 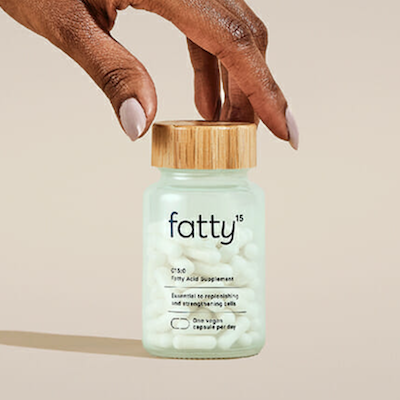