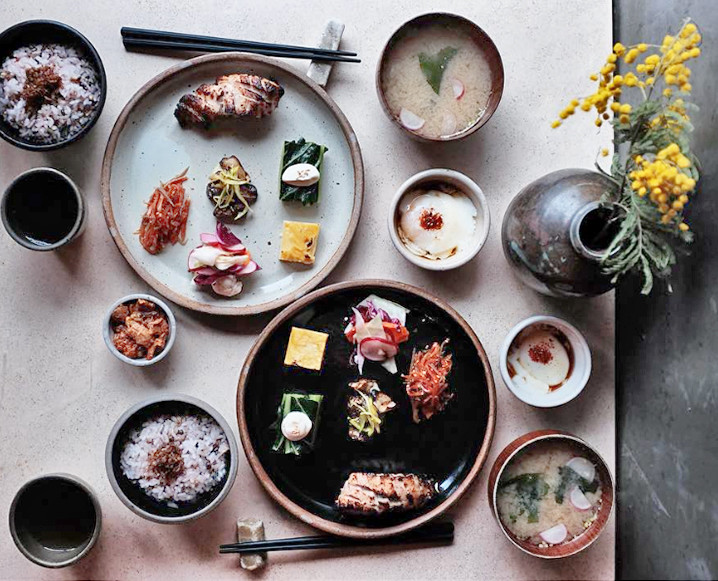 Here’s your vocab lesson for the day: “mottainai” is a Japanese term that captures the feeling of regret concerning waste. It’s also the philosophy that inspired Okonomi, a verifiably authentic Japanese micro-restaurant in Brooklyn that sources sustainably, serves seasonally, and seats fewer people than your own dining room table. Our fave foodie, Kat Odell, recently sat down for lunch at the little eatery, here’s everything you need to know…

What I Ate: Okonomi’s set-menu lunch.

Why I Ate It: Because I am obsessed with Japan and Okonomi, a micro-restaurant in Williamsburg with just 12 seats, which transports you to Tokyo via its super Japanese breakfast and lunch prix fixe. During the day there’s only one menu on offer featuring a central fish protein, plus seven-grain rice, miso soup, various vegetable preps and an egg. All ingredients are in season and sourced locally, and the meal itself celebrates the Japanese concept of ichiju sansei – a set menu aimed at offering a healthful, balanced meal that’s rooted in kaiseki. All ingredients are either boiled, roasted, seared or pickled, minus any trace of butter or oil.

Why You Need It: Because this is one of New York’s most authentically Japanese eateries. And beyond adhering to authentic and super clean (and highly delicious!) Japanese small plates, Okonomi embraces sustainability, disposing of only one bag of garbage per day.