A Nutritionist Weighs In: 6 Snacks That Are Actually Good For You 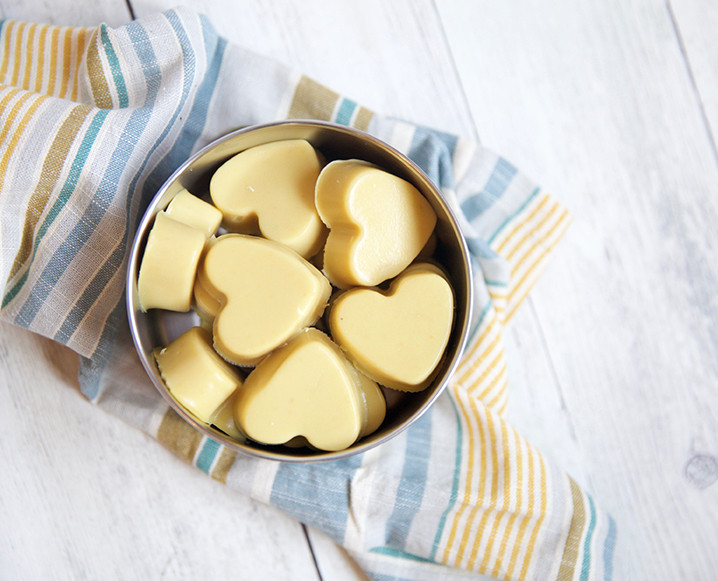 Integrative nutritionist, Jennie Miremadi, has been teaching us how to eat to heal inflammation through our diets (explore the full guide). We love these recipes for mealtime, but what’s a hungry girl to grab in between? Below, Jennie is sharing six healthy snack ideas with anti-inflammatory benefits – and some of her notes may surprise you…

If you’re trying to upgrade your diet with an anti–inflammatory nutritional approach, it’s important not to let snacks derail you — many popular snacks that might seem healthy are actually filled with inflammatory ingredients. Here are some common culprits, plus my suggested recommendations for healthier swaps:

Instead of Refined Carbs…Watch out for sneaky refined carb-based snacks like organic, gluten-free and vegan crackers, pretzels, pita chips, granola bars and cookies — they might sound healthy, but they’re not. Even if they’re organic, vegan and gluten-free, they’re still made from refined carbs, so they’re still going to cause inflammation and blood sugar spikes. The key is to find nutrient-rich replacements that are refined carb-free. If you’re going for savory, try crackers made from seeds or kale chips.  And if you want a sweet treat, skip the cookies and granola bars and go for vegan dark chocolate made from raw cacao that’s been sweetened with a natural, unrefined sugar.

Instead of Greek Yogurt…

Greek yogurt is a common go-to snack, but the problem with eating it is that dairy is inflammatory for many people. The good news is that you can still have a filling, delicious and probiotic-rich yogurt snack, just try one that’s nut or coconut based instead. I like Kite Hill’s unsweetened Greek almond milk yogurt or CoYo’s coconut yogurt. Eat them plain or add in some fresh berries for an anti–inflammatory boost.

A snack like jerky can be a filling and protein-rich choice. But, many store-bought versions are not only filled with sugar, they often contain soy, a common inflammatory trigger food for many people. Soy is also problematic because the vast majority of soy crops in the US come from GMO seeds, which means they’ve likely been sprayed with the highly toxic herbicide glyphosate. Glyphosate is responsible for a multitude of harmful effects in the body, including inhibiting your cytochrome P450 enzymes, which are critical for detoxifying inflammatory chemical substances and environmental toxins from your body.  So, unless you know that the soy you’re eating is non-GMO, and that you don’t have a sensitivity to soy, steer clear of jerky that contains it, and choose an unsweetened, soy-free version instead. And, if you’re doing beef, choose grass-fed — it contains much higher amounts of anti–inflammatory omega-3 fatty acids than grain-fed beef. Some other protein-packed options include cans of Safe Catch wild salmon or pouches of their seasoned wild tuna. Safe Catch not only tests every single fish for mercury, which is important because heavy metals trigger inflammation in the body, their process for cooking the fish is designed to retain the omega-3 oils in the fish so that you don’t lose the anti–inflammatory benefit of eating it.

If you thought those veggie and ranch dip snack packs were healthy, think again. Sure, veggies are a great anti–inflammatory snack, especially cruciferous vegetables, and dark, leafy greens. But, dairy is highly inflammatory for most people, so even if you’re pairing ranch with vegetables, it’s still going to cause inflammation. And, FYI, even if you can tolerate dairy, not all ranch dressings are created equal. The ranch dressings in many pre-made snack packs are loaded with inflammatory ingredients, including soybean oil, canola oil, MSG, and artificial flavors. But don’t worry, if veggies and ranch are a favorite snack for you, you can still enjoy this delicious combo, you just need to upgrade. Skip the snack packs and instead chop up your own organic cauliflower and broccoli florets and dip them in Primal Kitchen’s ranch or vegan ranch — both versions of the delicious dressing are free of dairy and inflammatory oils, and are made with all real ingredients, including monounsaturated-rich avocado oil, apple cider vinegar, and lots of herbs and spices.

Instead of Packaged Gummy Snacks…

Gummies are one of those snacks that have the potential to be healthy, but most pre-packaged versions fail miserably. One well-known gummy bear brand is not only filled with corn syrup, it also contains sugar and loads of artificial flavors and dyes.  So any benefit you might get from gut-health boosting gelatin is entirely diminished by all of the inflammatory ingredients. You can still snack on gummies, just ditch the store bought versions and make your own instead using a grass-fed beef-based gelatin. My Coconut Nectarine Summer Gummies are a great summertime option — they’re yummy, made entirely from whole foods ingredients, and easy to make!

Instead of Seasoned Nut Packs…

In addition to making these inflammation-cutting snack swaps, if you’re looking to ramp up your anti–inflammatory snack game, I’ve created a snack recipe for you to try, loaded with anti–inflammatory ingredients:

Preheat oven to 275 degrees F. Add walnuts, olive oil, lavender, rosemary, thyme and fleur du sel to a parchment-lined baking sheet and toss to coat walnuts with the other ingredients. Place baking sheet in the oven and bake walnuts for approximately 14 minutes, or until nuts are lightly golden and the herbs are fragrant.

Remove nuts from the oven and let cool slightly. Serve and enjoy!