Make The Switch: Sprouted Bread Instead of Wheat Bread 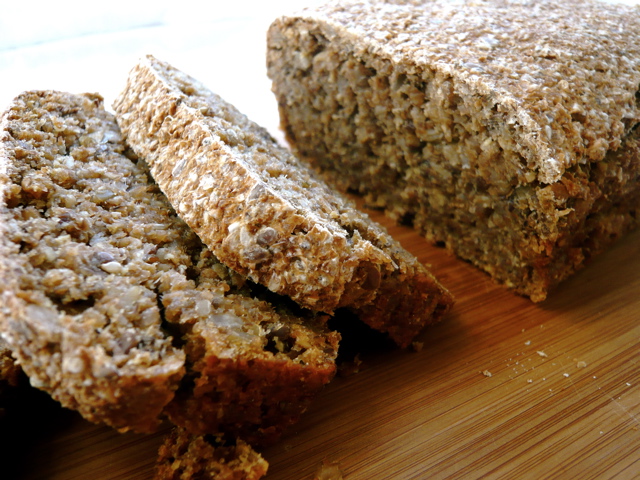 If you are like most Americans, bread is a staple in your diet. While, in my opinion, consuming bread everyday isn’t the healthiest idea, there is one great trick to choosing better bread: sprouted grains.

If you’ve never heard of sprouted grain bread, here is the down-low: sprouting is a process that allows the grains of wheat, barley and other seeds to grow. When you “germinate” or soak seeds, they begin to open up and that is when life appears from the shell of the seed. Seeds and grains then become more nutritious and easier to digest. It’s actually quite fascinating! Using germinated or sprouted seeds can make a world of difference in your personal wellness.

Sprouted breads like Ezekiel Bread and other brands found in health food stores are much easier for your body to break down and digest. Many people who have gluten intolerance can even consume sprouted breads, as they are much easier on the system! These breads still have amazing flavor, but you would be surprised how much better they will make you feel compared to traditional, non-sprouted wheat breads.

Next time you’re shopping for the perfect bread for toast and sandwiches, make the simple switch to a sprouted bread and your body will thank you!