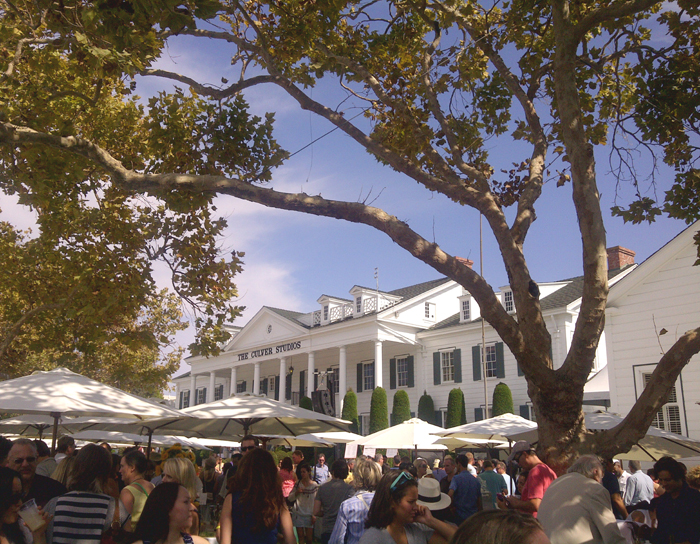 This weekend Pressed Juicery and The Chalkboard joined Chef Suzanne Goin, business partner Caroline Styne (Lucques, AOC, Tavern) and Chef David Lentz (The Hungry Cat) as they threw a charity bash like only these three could, gathering chefs and sommeliers from the country’s top restaurants for the 3rd annual Alex’s Lemonade Stand fundraiser in Culver City. Chefs from notable eateries such as LA’s own Animal, Milo and Olive, and The Larder and from cities as far as New York (The Spotted Pig) and San Francisco (SPQR) spent the afternoon whipping up their signature dishes for guests as they helped Alex’s Lemonade Stand raise funds for children’s cancer research.

Host Jimmy Kimmel emceed the live auction and kept guests in good spirits – in case drinks by mixologists from The Varnish and the sommeliers from Melisse and The Cut wern’t enough! Guests enjoyed fresh carrot juice with ginger and vodka from the innovative bartenders at The Hungry Cat alongside stuffed squash blossoms by SBE and octopus with shelling beans and caviar by the chefs of San Francisco’s Blvd. The Tavern’s pastry chef sent out gourmet marshmallows on house-made graham crackers that went toe-to-toe with Huckleberry’s Quince and Goat Cheese Galette and tiny slices of pie.

This culinary event is a festive staple in any charitable event calendar and a cause dear to so many people’s hearts. Alex’s Lemonade Stand symbolizes the cause of children’s cancer research in a way few other organizations do. Launched on the wishes of their young founder Alex, who herself hosted the first lemonade stand at age 4 and launched the simple dream of funding the cure for childhood cancer, fought the battle against cancer herself, making the cause of a cure all the more close and vital to those who support the organization. Alex’s Lemonade carries forward hope for a cure through their grants, support for families, and travel fund, helping families meet the various financial burdens often associated with treatment.

This weekend’s event was a great success thanks to the efforts of the culinary world in LA and beyond. To find out more about Alex’s Lemonade Stand and to get involved, find more here.