4 Ways To Better Manage Your Time On Social Media 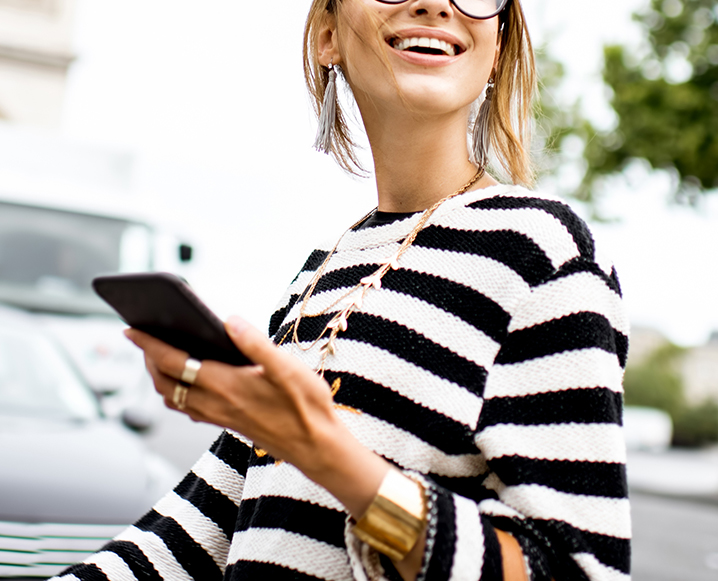 Ever feel like you’ve lived a thousand lifetimes in a day simply through the lens of Instagram Stories or your Facebook feed? Most of us are elbow deep into our social media feeds all day – and we’re looking for a few ways to break our bad habits.

In her new book, Unfiltered: How to Be as Happy as You Look on Social Media, journalist Jessica Abo is exploring emotional health and it’s connection to social media. We’re sharing this excerpt from its pages all about FOMO — the term might feel tired, but, unfortunately, it’s as relevant as ever. Here’s how to better manage your time on social media…

We all need meaningful connections in our lives, but many people who log on to social media seeking a sense of community and belonging find only superficial support. No matter how much weight we put on the number of followers, subscribers, or likes we get online, it doesn’t mean that all those people would be there for us in the middle of the night. One way to achieve more happiness is to invest your time in the people who would drop anything to FaceTime with you or actually show up at your front door when shit hits the fan.

“I can’t go on social media anymore” is something I hear every week from men and women of all ages. But when people tell me they’re deleting an social media app from their phone, it usually lasts but a day before the need to check in on what they’re missing kicks into high gear.

The Fear of Missing Out

In a study called “Out of sight is not out of mind: The impact of restricting wireless mobile device use on anxiety levels among low, moderate, and high users”, Nancy Cheever and her colleagues found that when you take away someone’s phone, they reported feeling anxious and that anxiety continued until they got their phones back. One of the people behind that study is Larry Rosen, professor emeritus and past chair of the psychology department at California State University, Dominguez Hills. Rosen has been studying the “psychology of technology” for more than 30 years. In our interview for this book, he told me about research he and his colleagues conducted in 2016. They studied more than 200 students to see how they used their phones. The students used an app called Instant, which tallied how many times they unlocked their phone each day and tracked how long the device remained unlocked.

What he found the most fascinating was why people log onto social media in the first place. Half the time, participants said it was because they received an alert, so they unlocked their phone to see someone’s post, read a new comment, or check a text. “The other half of the time, there wasn’t an update or alert, which means they had a slow accumulation of chemicals such as cortisol or adrenaline that signaled anxiety,” Rosen says. “Your brain starts filling in with chemicals saying, ‘Someone may have posted; you should check in,’ and when that reaches a critical level, people act on it and go back to their phones.” The fear of missing out causes so many health issues that Rosen wrote an entire book about it, iDisorder: Understanding Our Obsession With Technology and Overcoming Its Hold on Us (St. Martin’s Press, 2012). He defines ‘idisorder’ as the negative psychological impact of the use of technology, which can manifest as stress, anxiety, obsessive-compulsive disorder, and depression, among other mental health issues. Simply put, FOMO has taken over our social media habits.

So, how did this happen? When did the very technology created to make our lives more efficient become the source of so much stress and distraction? It has happened gradually over time and is only accelerating. According to Rosen, before the internet, the way technology influenced our lives came in the form of physical products like radios, telephones, and televisions. To fully understand the rate at which technology penetrates our world today, Rosen points out that it took radio 38 years to reach 50 million users. Want to guess how long it took for Pokémon Go to do the same thing? If you guessed one week, you are right!

If you think you’re too attached to your digital device, if your phone goes where you go – whether it’s to breakfast, the bathroom, the boardroom, or bed – and you want to rewire your brain, Rosen suggests trying the following ways to manage your time on social media…

Remodel Your Homepage. Move all your social icons from your first page into a folder so you have to make an effort to find them.

Set A social media Schedule. Check your apps on a schedule, not on a whim. Let everyone know you’re doing it, so they don’t get pissed off when you take too long to engage one of their posts.

Close Those Tabs. Pay attention to which apps are open in the background, because we tend to check them unconsciously. If you’re not scheduled to check an app, make sure that tab is closed or the app is in its folder.

Say No to Notifications. Turn off all your alerts. You don’t need to know every time someone posts something to your feed. It can wait.

This is an excerpt from Unfiltered: How to Be as Happy as You Look on Social Media. Copyright Entrepreneur Press, 2018.