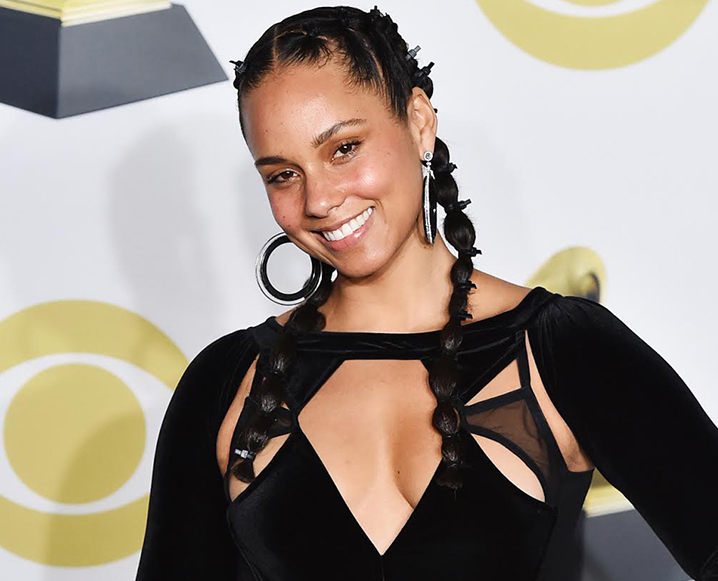 Alicia Keys was the first female to host the Grammys in ages. Not only did the celebrated musician bring good fashion to the stage, she brought as many good vibes as we can remember at any awards show in recent history.

As Alicia shared via Instagram Stories, she was hoping to bring a sense of calm, happiness and a collaborative, supportive energy among the attending artists and nominees. So, how’d she stay so focused and pull it off?

Beyond bringing her own incredible musical talent and powerful energy to the room that night, Alicia also prepped for the big show with one of LA’s favorite wellness mavens, Guru Jagat.

Jagat is the female founder of RA MA Institute here in Venice, California. Her modern approach to the ancient teachings of Kundalini yoga and meditation are a favorite among so many in our LA-based TCM community. Kundalini, as defined by RA MA, is “a deeply meditative practice that can allow you to reach a so-called enlightened state or, to put it in a less intimidating way, a state of neutrality, even in the trenches of your everyday roles and responsibilities in the world.” Guru Jagat’s interpretation of Kundalini is deeply relatable, charged with meaning and – we’ll say it again – good vibes.

Alicia spent time in meditation with Guru Jagat before the Grammys to get centered and energized. “I’m getting ready for a powerful, magnificently charged with positive energy day,” Alicia shared, beaming into the camera (check out her highlights to watch for yourself — and don’t miss her glowy skin, likely the result of some solid breathwork!). Guru added, “It’s a good day to be alive and celebrate creativity.”

Does pre-partying for an upcoming event with a guru sound a little too woo-woo for you? We’d say Alicia’s vibe at the Grammys spoke for itself.

We talked with Guru Jagat on TCM when she launched her first book, Invincible Living. To learn more about Jagat, read our interview with her here. We’re sharing a few simple daily tips from her below that’ll help you tap right in to Alicia’s positive and empowered approach to event prep! Keep these in mind as you prepare for big events in your life and even as you plan your daily routine…

+ Take a cold shower first thing in the morning to increase blood flow and fire up the metabolism.

+ Try the ‘breath of fire’: Equal deep inhale and exhale through the nose; steady and rhythmic for at least 3 minutes.

+ Read or write a poem. Either will do.

+ Think the word “victory” as much as possible throughout the day. Focus on the sound of your inner voice saying it.

How do you prep your mind and body for a big event or performance?
Share with us in the comments.