Empower Point: Freedom From the Inside Out 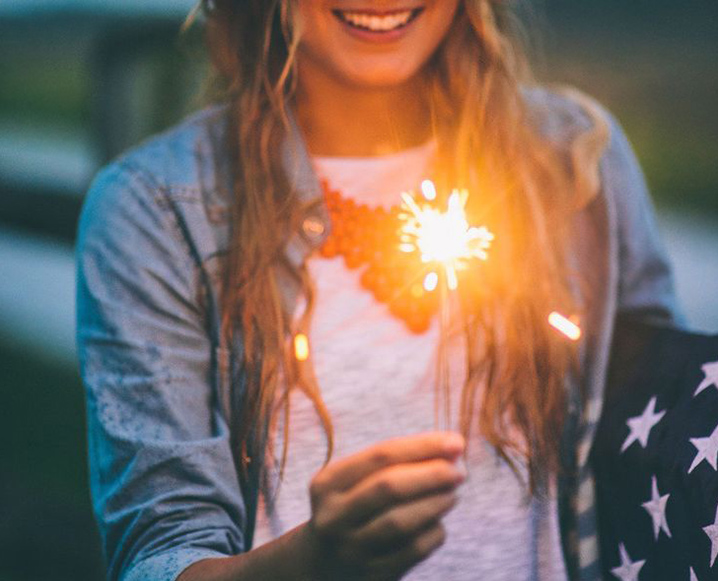 And this is all true. But there’s a lot more to than that.

Let’s go back to fifth grade History class: The Declaration Of Independence was signed on July 4th, a year after the start of the Revolutionary War. However, rack your brain a bit (or Google the date) and you’ll find something interesting. The true end of the Revolutionary War was September 3rd, 1783 – over seven whole years later.

Independence Day, historically speaking, is the day we ratified the Declaration of Independence – the day we declared independence as a nation. And yet we were still at war with our parent country, still fighting to cut the cord.

It begs the question: what does it mean to be “free?”

Freedom is a document, sure; freedom is a signature. Freedom is a nationally and internationally recognized right to say and do as one pleases, as an equal citizen of Planet Earth.

But that’s not how freedom begins and it’s sure not the core. Freedom has to start from within.

From the formation of ancient civilizations to the events of June 26th, 2015, freedom has always grown from the inside out. Freedom is a widespread notion, but true freedom is extremely personal. Our internal sense of freedom is shaped by breaking down those walls we create on the inside that limit our beliefs, our opinions, our abilities and our talents. Those walls take time to crumble, but when they do, it’s pretty hard not to want to let them live. That feeling of expansive equality becomes so strong, so wild, that it begins to expand to a place that not just wants to live outside your body – it has to.

Independence and equality have always been achieved when a group of people, who all believe in themselves and their own personal freedoms, get together and proclaim “Look, I am free. Look, you are too. Look, we can make change together.” We look for leaders in our world and turn to role models for guidance, but when that overpowering sense of freedom is cultivated and honed, we become those leaders ourselves.

And so Independence Day isn’t really about celebrating what history books say or when we actually cut the cord. Independence Day is the celebration of when our sense of internal freedom moved from the inside out. When a whole group of people who shared the same feelings came together to say, “I am free, and you are too. Let’s let the world know.”

It’s about a significant day in our country’s evolution, but that significant day is really about the time we became brave enough to band together and believe in what we all had to offer. Collectively. Together.

Start your revolution and stick to your guns. Bang down doors and rally the troops. Create change at the micro level and then make it go macro. The only person that can free you is yourself. And when that freedom comes – get ready to let it live.