Hot Pot + Chili Crisp: In The Kitchen with Jing Gao of Fly By Jing 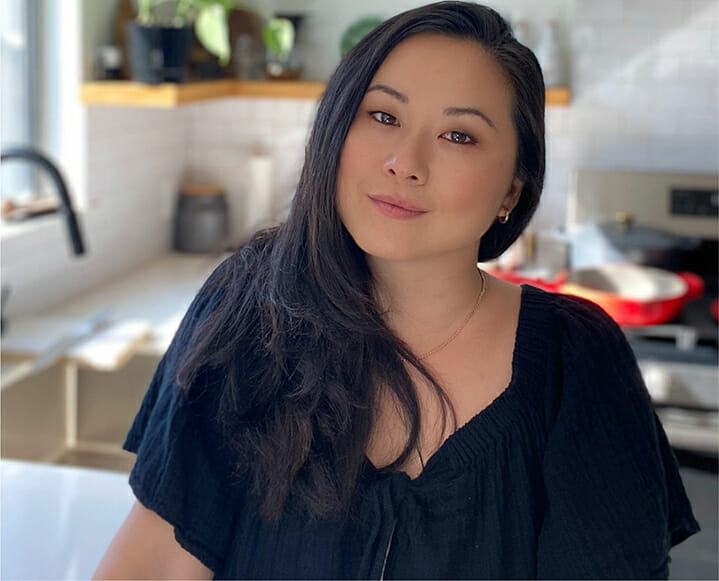 Update: Jing just launched a healthyish line of frozen dumplings which we’re so excited to share! We had to keep the secret til launch, but we’ve been scarfing them down like mad!

Jing Gao is a chef, renowned expert on Chinese cuisine and has sold 1 million jars of sauce since she launched her culty Fly By Jing brand in 2018.

It all started on Kickstarter — and became the highest-funded craft food project ever on the platform. Fly by Jing has since caught the attention of anyone and everyone interested in hot sauce with their well-sourced, additive free sauces and spices. Her Sichuan Chili Crisp became the best-selling hot sauce on Amazon just six months after launch.

After so much buzz (and a couple jars of Chili Crisp!), we knew we had to have Jing for our In the Kitchen series. This foodie has us taking notes…

In my kitchen you’ll find plenty of: salt, chili crisp and fish sauce

Food philosophy in one sentence: The most important ingredient is the element of time

Best food memory: Eating at fly restaurants in Chengdu. (‘Fly’ refers to the hole-in-the-wall restaurants that are so popular in Chengdu that they attract people like flies!)

Healthiest habit in the kitchen: Using my donabe steamer

Food you love to eat with zero prep: Tinned fish 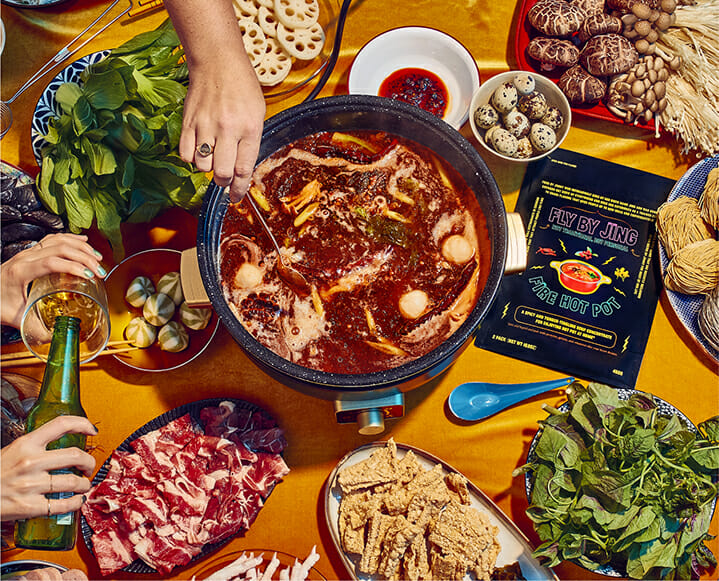 Craziest thing I buy at the market: Frozen dumplings and snacks even though there is zero space in my freezer.

Fave veggie + what you make with it: Celtuce – pickled in a salad or stir fried.

Your idea of an ideal dinner setting… With my favorite people around a bubbling hot pot.

For last minute entertaining, I…whip out dumplings from the freezer and make a kitchen sink salad.

Share the post "Hot Pot + Chili Crisp: In The Kitchen with Jing Gao of Fly By Jing" 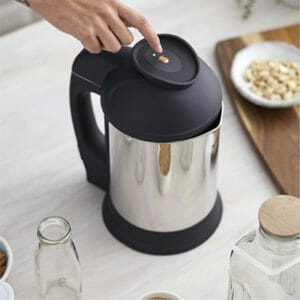