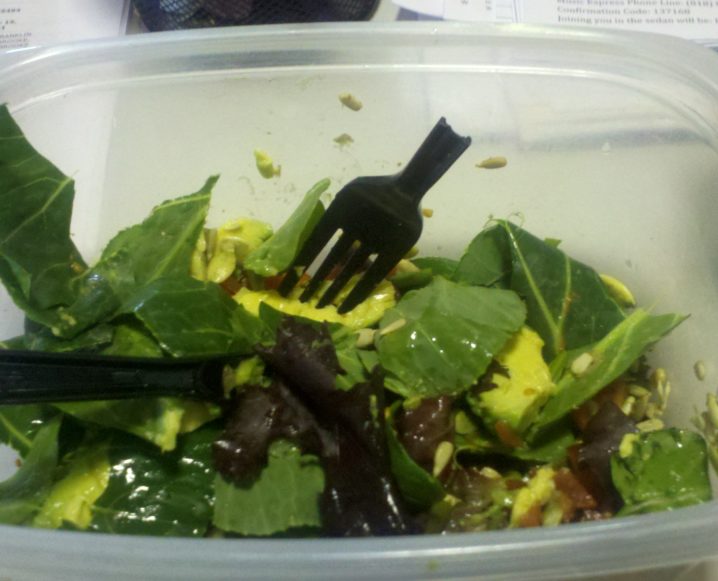 As of this evening, we have completed ten of our thirty days raw. It’s a huge milestone (especially for those of us clawing our way to the finish line).

Apparently milestones are not without their adversities… earlier today our work had hidden candy around the office for employees to find. The employee who found the most candy was promised a big prize. (PS – Whose brilliant idea was it to start our raw challenge around Easter time?) Anyway, it’s interesting to see how competitive people get when food is involved. Alliances were formed, memories were made, hearts were broken… okay, maybe not so many hearts were broken.  At least none that I know of. But in the end, I am proud to report that our very own Maydelle won the candy-seeking challenge! And what did she win? A huge chocolate Easter bunny. And by chocolate, I mean non-raw and non-vegan sugar molded into the image of a rabbit.

It’s been hard to thrive in a world where there are so many things under the umbrella of  “what not to eat”, and an small umbrellas-worth of things to eat. With almost every salad, I’m wishing we had some cooked chicken to place on top. For every yummy dessert smoothie we make out of raw almond-coconut yogurt and fruit, I feel a hole in my stomach where a caramelized pastry could be. Sometimes I get so frustrated with my limited options that my cutlery suffers as a result: 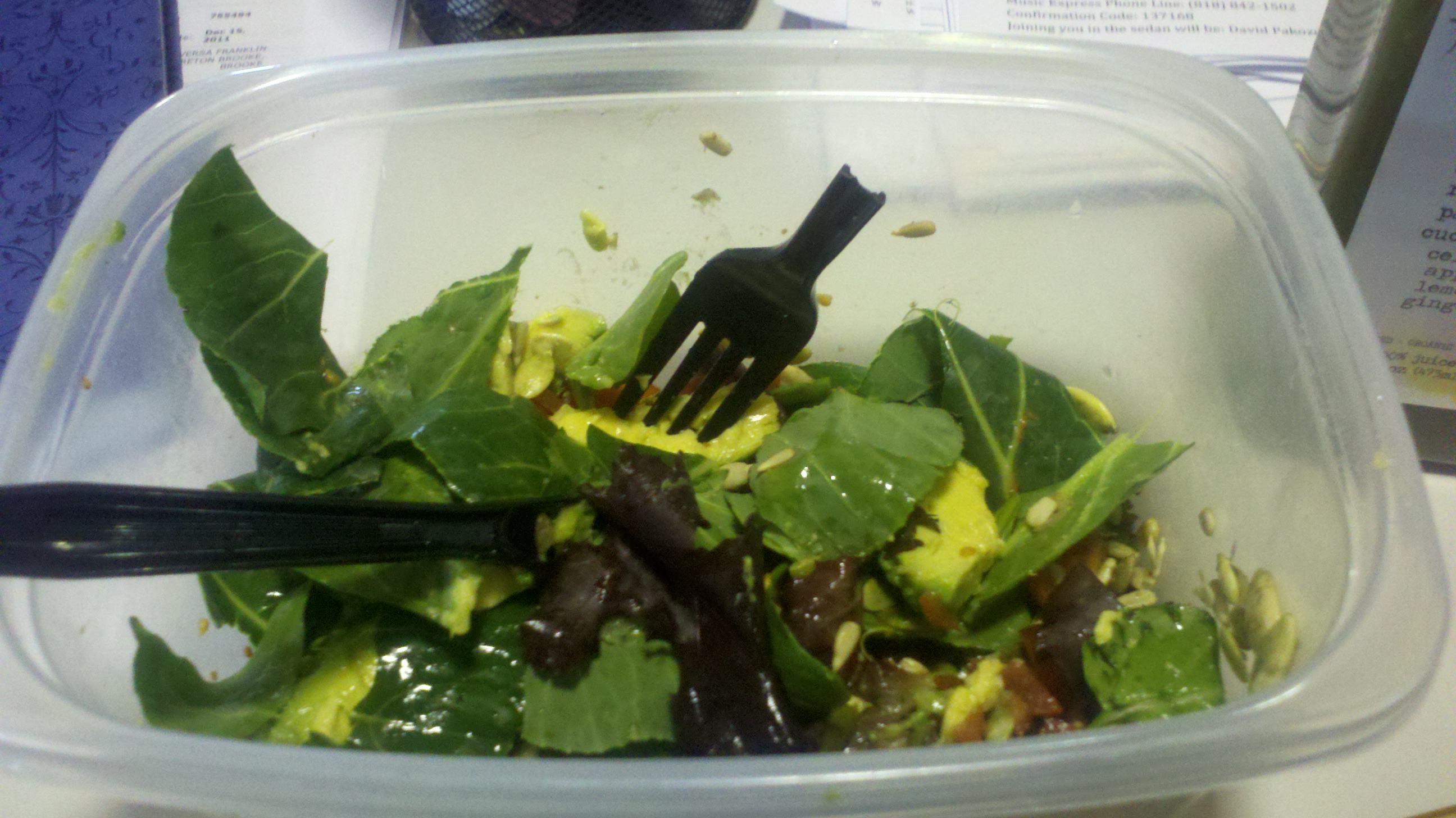 Ah fork, you served me well. Actually, this was a delicious salad – at Maydelle’s suggestion I squeezed some lemon over a bed of leaves that Christina bagged for us to take to work last night (now that’s teamwork!). There are also some sprouted pumpkin and hemp seeds, and sliced tomatoes with some seasalted avocado. The salad tasted great, but sometimes I wonder if that’s because my tastebuds are starting to give me the silent treatment.

I’ve already come a long way, so I’m not giving up now. But if you ask me what my heart longs for, it would still be a reunion with my beloved chicken pesto sandwich from Urth Cafe. In the meantime, I’ll try not to break as many forks.

Thanks for reading! – Jenna