10 Times Emma Watson Said Exactly What We Were Thinking 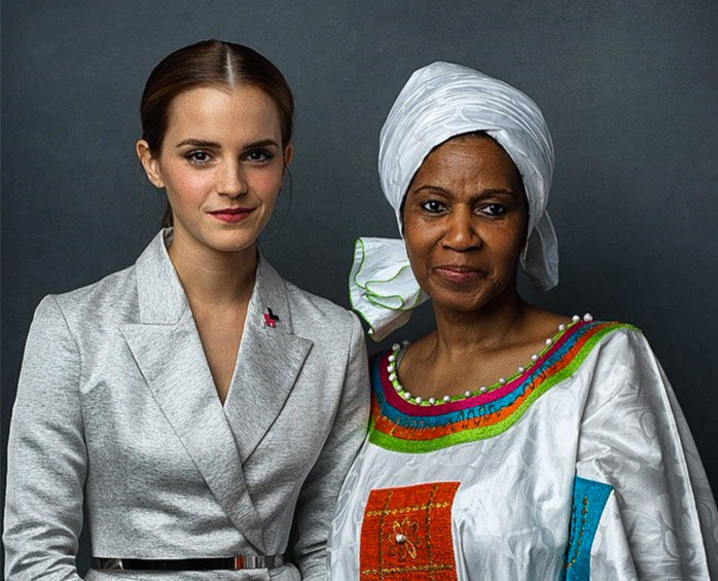 Emma Watson isn’t afraid to speak her mind and we’re all ears. Many starlets pick a cause to latch onto, but rarely do they own it as well as this British mega-babe – the object of crushes worldwide, also once known as Hermione Granger.  Emma almost broke the internet a few years back with her speech as UN Women Goodwill Ambassador where she took the stage to promote the kind of down-to-earth, male-inclusive girl power we’d love to see more of. Her grounded points of view on feminism, culture and body image prove that having influential leadership is not just about what you’re talking about, but how you’re talking about it…

“Feminism is not here to dictate to you. It’s not prescriptive, it’s not dogmatic. All we are here to do is give you a choice. If you want to run for Prime Minister, you can. If you don’t, that’s wonderful, too. Shave your armpits, don’t shave them, wear flats one day, heels the next.”

“I truly, truly believe that beauty is something that comes from within. You can only really look beautiful if you feel beautiful on the inside. It shows through your face, the way you move and the way you hold yourself.”

“Don’t feel stupid if you don’t like what everyone else pretends to love.”

“There’s nothing wrong with being afraid. It’s not the absence of fear, it’s overcoming it. Sometimes you’ve got to blast through and have faith.”

“Becoming yourself is really hard and confusing, and it’s a process. I was completely the eager beaver in school, I was the girl in the front of the class who was the first person to put her hand up, and it’s often not cool to be the person that puts themself out there, and I’ve often gotten teased mercilessly, but I found that ultimately if you truly pour your heart into what you believe in—even if it makes you vulnerable—amazing things can and will happen.”

“I don’t have perfect teeth, I’m not stick thin. I want to be the person who feels great in her body and can say that she loves it and doesn’t want to change anything.”

“[My mum] instilled in me, particularly in my teenage years, that what I was thinking and what I was doing and what I was saying were, ultimately, infinitely more important than my physical appearance. Even when the world was really telling me the contrary.”

“Don’t let anyone tell you what you can and can’t do or achieve. Do what you want to do and be who you want to be. Just encourage and include each other, don’t ostracize the gender in front of you.”


For more of Emma and her work, check out our friends at Darling Magazine here.