Hook, Line, And Sinker: Decoding How He Falls In Love 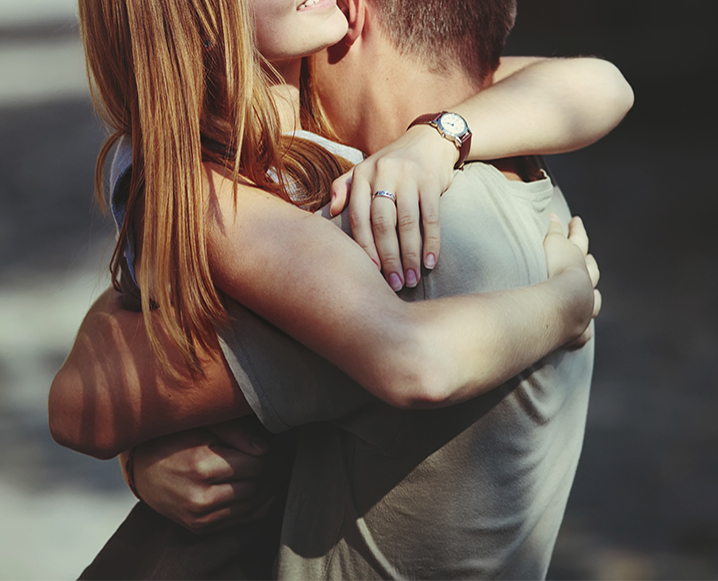 As women, we spend so much time trying to decode the ins and outs of what the object of our affection is thinking and feeling. “Do they like me? Are they interested? Will they call?” This month, our go-to relationship expert Ellie Burrows is exploring a whole new aspect of the dating cycle: what happens when he actually gets swept off his feet – hook, line, and sinker.

A couple of weeks ago I got a very enthusiastic phone call from one of my guy friends pitching me an article. During our 40 minute conversation, quotable material was raining down all over me.

When the clouds cleared, we had a great piece on how the consummate millennial bachelor thinks and feels about falling hook, line and sinker in love. Or in his words, “The Anatomy of That Guy You Slept With Who You Were Really Into Who Blew You Off and What Happens When He Meets the One.”

Confusing SEO title, but I could see what he was getting at.

The current millennial dating culture, while very conducive to the hook (up) part, is not particularly conducive to the whole line/sinker thing. I would expand upon that further but Aziz Ansari actually just wrote the book on it.

This day and age, when people decide to partner and give up the infinite online/offline universe of possibilities, I’m always fascinated. Particularly when it comes to the kind of men who get a rap for being supposedly non-committal, self-proclaimed or otherwise. Personally, I hate any oversimplification of someone’s behavior, especially when it’s often a convenient way to make sense of something highly complex.

Everyone always wants to know what his or her crush is thinking and feeling, even more so when it’s unrequited. It can be torturous. And now that my friend is in love, he genuinely feels like he has some explaining to do.

Lucky for us, my friend’s voice and experience, although uniquely his own, are exquisitely contemporary and undeniably relevant in today’s dating climate. So I’m reeling him in by picking three of his most salient soundbites, serving them up just in time for your summer barbecues.

“You know, we secretly run the numbers on every girl we meet: friends, coworkers, friend’s girlfriends. Ever since I first wanted a woman, maybe age 15, I ran the numbers: What if she was in my life? Do I need someone like her? Do I want that? I did the math and nothing would add up. Then I met her, and things started tabulating correctly – but the formula looks nothing like I thought it would. And I just lost my shit. It’s so beyond my capacity to understand and beyond what I was mentally strategizing to get myself.”

This is an example of Social Comparison Theory, which is a function of the mind. We all do it, men and women alike. We all think all the time and we’re always expending important energy making value judgments. The interesting thing to note is that his equations never added up to anything because there was an outlier he couldn’t account for in the form of a human being he had never experienced. And even though we might think we know what those variables should be, we might need different variables entirely. That is a function of the heart. It doesn’t matter how many nibbles we take until we’re presented with a particular kind of bait, the kind we fully take.

“How I was when I was single was very different than how I wish I could be. I see it now in my friends who are on the hookup train, but now I know we’re all just tricking ourselves. I didn’t want to admit that I believed in true love and was lonely. A lot of people believe in true romance, much more than they let on. They don’t live that belief. They feel discouraged and discouragement feeds their denial.”

I think we can all agree that in theory “being tied down” sounds way less fun than being “off leash.” It wasn’t that long ago when people were clamoring to get married in order to establish independence. Today, we’re running in the other direction because we think we’re forfeiting it. And, on some level, that makes sense. But the line doesn’t tie us to someone else, it ties us to love itself.

For various reasons, we don’t live in a culture that celebrates vulnerability, meaning susceptibility, weakness, defenselessness, openness and exposure. And my friend is right – it’s tricky. Because what happens when the context for vulnerability is love?

“Now I have context for how hurtful I was. I have met someone who is truly special to me and I see how incredibly hurtful it would be to have her not reciprocate. I think about the women I was special to along the way and how painful it must have been when I cast them aside.”

In fishing, a sinker is all about weight. It increases the hook’s rate of sink, anchoring ability, and/or casting distance. From a grounded place, an open-heart place, my friend is able to realize the weight of all of his previous (inter)actions. See, in love, he has found an enormous amount of pleasure and as a result he has a much deeper understanding of pain, chiefly the kind he caused along the way.

Here’s the thing: there’s this common misconception that we’re all supposed to be chilling on our fishing boats pretending like the heart’s waters aren’t choppy. But they are. Yes, even for “that guy.”