For Your Consideration: Brain Pro Dr. Amen On Cannabis + The Developing Brain 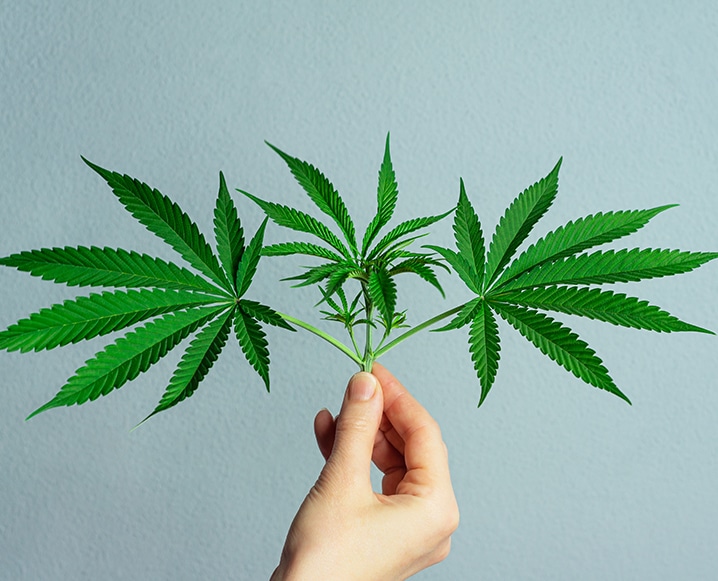 There’s been a historic shift this year in the way our culture thinks about and uses cannabis. While we love everything about the idea of herb and plant-based replacements for pharmaceuticals and use plenty of cannabis-derived CBD products ourselves with great results, our culture has flung itself head-first into all things cannabis-related and it begs the question: are we moving too fast?

In California, cannabis has become easily accessible to teenagers and vaping has become a cultural phenomenon — but how safe is it to regularly consume the plant at the age when the brain is still developing?

Dr. Daniel Amen is a pioneering thought-leader on the topic of brain health. A neuroscientist, founder of the ground-breaking brain scan centers, Amen Clinics and a 10-time New York Times bestselling author, we recently reached out to Dr. Amen for a little insight on the topic. It just so happened that his latest book Change Your Brain, Change Your Grades was about to hit shelves and we decided to do a deep dive with him on the topic of cannabis and the developing brain.

Dr. Amen’s new book illuminates the latest neuroscience and leading-edge brain imaging to show students of all ages how to strengthen their brains and be more successful in school. Here’s the doctor on the timely and somewhat controversial issue…

As a psychiatrist for over 30 years, I’ve seen many 15, 16 and 17-year-olds whose parents bring them in for an evaluation because they suspect they may have developed ADD or ADHD. But they didn’t have the condition when they were tweens, their parents explain to me. Why would they develop ADD now, they want to know?

Take Anton, for example. He was 16 when he started showing symptoms of ADD—he couldn’t concentrate, he had trouble keeping his schoolwork organized, he lacked motivation and his grades had started to slip.

When I looked at Anton’s brain using a functional brain imaging study called SPECT, his scans didn’t show the familiar patterns associated with ADD. Instead, his scans indicated an exposure to toxins. My first question to him was: “When did you start smoking pot?” Anton started fidgeting immediately and quickly responded, “Oh, Dr. Amen, I’ve never smoked pot.”

“But Anton,” I continued, “look at your scan. It looks like your brain has been assaulted. It has a toxic appearance.” That’s when Anton started to cry and said, “Please don’t tell my parents!”

Eventually, Anton opened up and told me about his cannabis use and how he used it to help him handle his stress. I pointed out that it might be providing a short-term solution for his stress, but it was also clearly decreasing his ability to perform in school, and even worse, it was harming his brain.

In my book Change Your Brain, Change Your Grades I unpack the reasons why students need to avoid addictive substances like cannabis. They change your brain in ways that make it harder for you to learn new things, memorize class material and maintain good study habits. They are likely to change your grades but in the wrong direction.

As more and more states legalize cannabis and the media touts its potentially beneficial effects for pain relief and more, you need to get the real deal on pot. Here’s what cannabis does to young brains:

+ impairs short-term memory
+ contributes to learning problems
+ decreases focus and attention
+ decreases blood flow to the brain
+ raises the risk of depression, psychosis, suicidal thoughts and suicide attempts
+ associated with a decline in IQ
+ makes you vulnerable to long-term consequences

Over the last 30 years, I’ve seen thousands of SPECT scans of patients who were regular pot smokers. In 2016, my colleagues and I published a study of nearly 1,000 cannabis users (mostly smoking, but others used it in vaping and edibles) showed that virtually every area of the brain was lower in blood flow compared to healthy scans, especially in the hippocampus, one of the brain’s major memory centers.

That’s not all. In 2018, we published the world’s largest brain imaging study on 62,454 SPECT scans on how the brain ages. Cannabis was associated with accelerated aging in the brain. You do not want a brain that looks older than you are.

Research presented in 2018 revealed that using cannabis as an adolescent is a major risk factor for developing schizophrenia as an adult. And in 2019, a team of researchers found that teenagers who smoke or ingest cannabis have a higher incidence of depression in their 20s and a higher incidence of suicide. Clearly, using cannabis as a teen while your brain is still developing is setting you up for trouble later in life.

CBD has been making headlines as the latest natural cure-all for everything from insomnia to chronic pain. Grandmas are taking it to soothe their aching backs. Students like Anton are using to cope with stress. Heck, people are even giving CBD gummies to their dogs. But what do we know about CBD and the brain?

CBD is one of more than a hundred compounds known as cannabinoids found in the cannabis plant. CBD contains less than 0.3 percent THC, which is considered the psychoactive compound in marijuana. You’ve probably heard people say that CBD isn’t psychoactive. That isn’t entirely true. From a brain perspective, CBD is absolutely psychoactive, just in a different way than THC. Here’s how CBD and THC work in the brain:

The human body naturally produces its own version of these compounds, called endocannabinoids, which act like neurotransmitters. We have two receptors for endocannabinoids, known as CB1 and CB2. CB1 receptors are found in areas of the brain involved in memory, mood and motor control. CB2 receptors are more prevalent in the body’s immune system, which influence pain and inflammation.

THC binds to the CB1 receptors, producing a “high.” CBD interacts with the receptors in a different way to cause an increase in the production of the body’s own endocannabinoids. So although CBD may not directly bind to the brain’s endocannabinoid receptors the way THC does, it absolutely is impacting brain chemistry.

One of the main problems is that since CBD has only been recently legalized, there isn’t much research yet on it or its long-term effects on the brain. A search for clinical trials on CBD involving humans turns up a paltry 84 studies. That’s a real scarcity considering that CBD products are flooding the marketplace and that the cannabis industry as a whole is expected to reach $80 billion a year by 2030.

Dr. Amy Abernathy, the principal deputy commission and CIO of the FDA, took to Twitter to remind consumers: “Other than one prescription drug product to treat rare, severe forms of epilepsy, the FDA has not approved any other CBD-containing products.” In the same Twitter thread, she also cautioned, “There are many open questions about CBD, incl. safety questions. In particular, we’re working to learn more about the potential risks of CBD…”

Keep in mind there is also a concern that some off-the-shelf CBD products may contain more THC than claimed. So, you may be getting more of a buzz than you think.

The Brain’s Cycle of Pleasure + Addiction

It’s important to understand that habit-forming substances, such as cannabis, also hijack the brain’s reward system. This intricate network of brain system and neurotransmitters are critical to human survival. It drives us to seek out the things we need to stay alive—eating when we’re hungry, drinking water when we’re thirsty, and so on. And these things give us pleasure. Many other things activate the brain’s pleasure centers—taking a warm bath, seeing a beautiful sunset, listening to music.

Substances like cannabis cause the reward system to kick into high gear. They repeatedly over-stimulate the brain’s pleasure centers, causing them to wear out and require more and more of the substance just to feel normal. Eventually, this increases the risk of addiction and can also lead to depression, which can definitely throw you off your game at school and in life.

If you want to have a healthy brain so you can be a successful student, it’s best to skip the cannabis and use caution with CBD until we have more research on its lasting effects on the brain.