Breaking Out Of Fear Of Failure 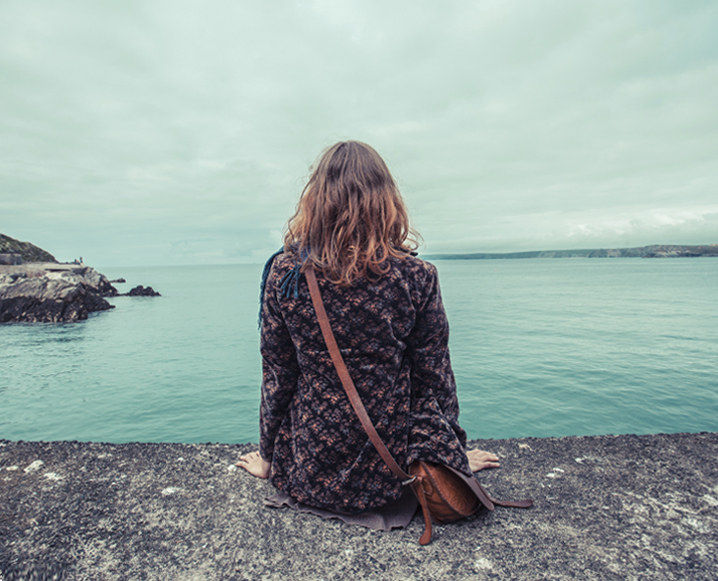 I’m one of those people who gets high off of pragmatic possibility. Those ideas and visions that are actually attainable and feel like they’re in the bag, they light me up from the inside out and keep my fire fueled. To some I might seem stubborn because I am so sure of what I’m after, but to me that done-deal feeling inside is unwavering and actually quite grounded. I am fearless. But here’s the thing: I feel some sort of fear on almost a daily basis. Kind of contradictory, huh? Well…not really.

Fear of failure is what stops most of us in our tracks while we’re on our personal quest towards self-actualization. We get hung up on the idea of failure and what we’ve been taught it represents: being less-than, being “the loser,” being robbed of something and left empty-handed. And those outdated definitions are what get us stuck, what keep us from being fulfilled, and what make us put limits our own possibilities and potential.

Breaking out of your fear of failure isn’t about “getting over” that fear. What is life without those nervous butterflies? Those scary-ish sparks of action that create those kinda-cool feelings in our heart? Who would want to get over those?

Fear is a very human emotion; it means there’s something going on on a deeper level than we realize. The trick is not to avoid feeling fear, but feel the fear and do it anyway. I’m not talking about putting yourself in situations that you viscerally dislike. If you don’t like roller coasters, you don’t need to go visit Magic Mountain. If heights make you sick, you don’t have to sign up for a skydiving course. In order to be fearless, you don’t have to do anything that goes against who you are. Actually, just the opposite – being fearless, at least to me, means that you move forward, on your own path, without getting in your own way and ending up at a standstill. Being fearless is subjective. Being fearless is personal. Being fearless is a mindset.

If you’re reading The Chalkboard, to “go for it” is in your nature…whether you realize it or not. You’re the type of person who actively seeks out newness, a fresh start in even the smallest way. You see opportunities and seize them – whether they present themselves in the form of trying a new superfood or healing method to the chance to get your best body ever. Every day is a tiny risk; every moment is a grand adventure. On the outside it might not look like much, but on the inside it’s like skydiving for your soul. This feeling of risk is what keeps us seeking out new information, new ideas, and new ways to move ourselves forward.

Half the work when it comes to breaking out of fear of failure is to recognize these moments as such. Gather in your mind all the moments, big and small, when you’ve embarked on something new: the times you started a new job, made a new friend, owned a new workout, or even made a new life. You’ve done it before. You will do it again. You have the proof. Reframe those seized opportunities as unknowns that have been conquered – as successes. That fear of failure you’re experiencing is a sign you’re on the verge of something big. You’ve got a whole track record to prove it.

If you find yourself constantly paralyzed from taking action, there are three little gateway questions you can ask yourself: What’s the best that could happen? What’s the worst that could happen? Will either matter six months from now? Usually we’re most afraid of pursuing the things that are most life altering. Asking yourself these questions shifts your focus onto the outcomes that matter – and the outcomes that don’t. In six months, will you have gotten over your so-called failure and moved forward? Probably. Will you just be back where you started? Probably not. Basically, when you put yourself out there and make a leap, you either gain a step forward or a lesson you can use to help propel you forward. Either way, you win. Not even trying? You’re stuck with more of the same and that vague void left by inaction.

I am often scared of failing. But in the thick of that fear, I remind myself that I’ve got this. I remind myself that I’ve never felt right about something that’s wrong, or wrong about something that’s right. I listen to my gut and I act. I might be too much for some, but I am always just right for me…whatever that looks and feels like, whether I’m aware of it or not. I’m on a very specific path that’s all my own, and those little sparks of fear are signals that I’m about to hit another benchmark.

I was feeling particularly vulnerable the other evening, having just applied to be a part of an event to which I so desperately wanted to contribute. It had been a few days and there was no response. The illogical doubts were starting to pour into my brain, and that idea that I might have failed started to creep in: I added an extra paragraph, how silly! Why did I use that email address? Immediately, I stopped myself and asked what would have happened if I did not apply – a few months from now, would it have mattered? Hell yes, it would have. I would have regretted every second and cursed the missed opportunity. I knew that by acting, by just going for it, I had gained so much whether I got the gig or not. In that little moment, I felt fearless.

The very second I felt that power, just like clockwork – ’cause that’s how the universe works, after all – my phone buzzed. Someone had sent me a quote they’d seen on Facebook.

“Reminded me of you,” the message read.

I opened the file and smiled.