Get Off The Gram: Why We're Loving Emma Roberts New Book Club

Cerebral is the new sexy. While hardback books haven’t become red carpet accessories yet, the rash of celebrity-helmed book clubs popping up have us thinking it’s only a matter of time.

Joined by the likes of Lena Dunham, Emma Watson and Reese Witherspoon, adorable actress, Emma Roberts, has recently launched her own online book club with a special focus on Instagram. As a voracious reader herself, Emma noticed that her Insta-posts about what she was reading were attracting a community hungry for more. Through Belletrist, Emma will be sharing an official book selection each month and invite readers to dive in — a welcome shift away from the addictive social feed! The Belletrist site is full of club perks including exclusive celeb-penned essays and author interviews.

The Belletrist book club just launched in March, so only one title has been announced, but to give you a taste of things to come we’re sharing a few of Emma’s recent faves and weighing in… 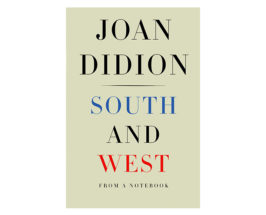 South and West by Joan Didion | This is first book featured in the Belletrist book club. Joan Didion has always kept notebooks: of overheard dialogue, observations, interviews, drafts of essays and articles–and here is one such draft that traces a road trip she took with her husband, John Gregory Dunne, in June 1970, through Louisiana, Mississippi, and Alabama. And from a different notebook: the “California Notes” that began as an assignment from Rolling Stone on the Patty Hearst trial of 1976. CHECK OUT

My Life on the Road by Gloria Steinem | Gloria Steinem—writer, activist, organizer, and inspiring leader—now tells a story she has never told before, a candid account of her life as a traveler, a listener, and a catalyst for change. CHECK OUT 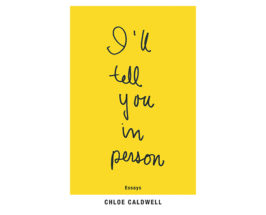 I’ll Tell You In Person by Chloe Cladwell | Exploring the boundaries between friends and family, hobbies and obsessions, and honesty and oversharing, Chloe Caldwell showcases an irresistible talent for navigating the infinite territory of in-between in this collection of essays. CHECK OUT

What are you reading lately?
Fiction, non-fiction or anything between — let us know in the comments below!