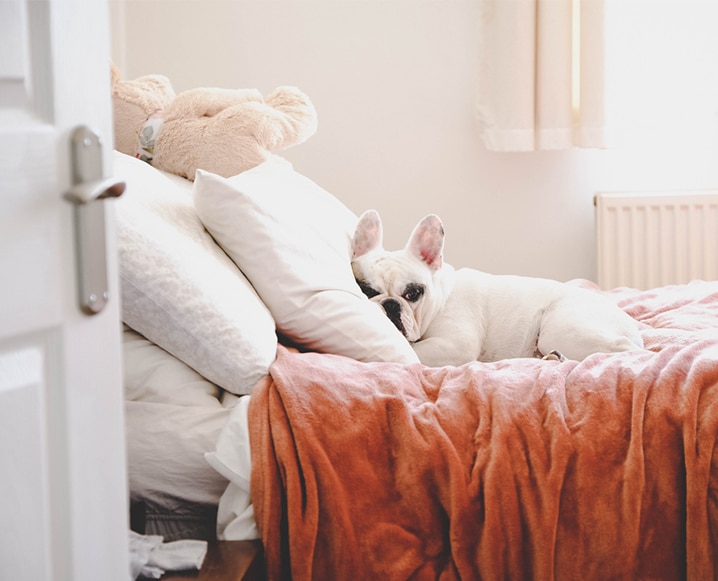 Our modern definition of rest may need a refresh. We found ourselves relating hard to Karen Brody’s book, Daring to Rest, and couldn’t recommend it more highly.

According to Brody, our definition of rest usually includes a work break for social media engagement, a date with friends, a spa or movie night — none of which actually equate to REST. Her radical solution is to integrate mind-altering yoga nidra naps into our lifestyles — including those who are mothers with young children.

We’re in love with the narrative in this book and have been suggesting the read to everyone we know (both men and women). Truth is, we imagine the wisdom in Daring To Rest resonating most with young mothers most. Brody dives deep, suggesting yoga nidra as a deeply healing solution to many the modern woman’s struggle with depression, anxiety, attention deficit and more. Her narrative is practical and compelling.

Here’s an excerpt to give you a taste. Check it out, enter to win a copy and read it cover to cover, if you dare…

Yoga Nidra:
Too Good To Be True?

My mind was going to explode. Wow, I thought I was a good multi-tasker, an organized person, but the moment I dropped my son off at his seven p.m. soccer practice, I had exceeded the threshold of what seemed possible for any human to hold in their mind. Eight gazillion work projects merged with ten gazillion mom responsibilities to create a soupy mix of heavy pressure in my head.

My body felt like a noodle of exhaustion, each limb more tired than the next. Normally, I drive home in this state and then drive back to get my son an hour later in this same state, or worse. Sometimes, I head to the local café and refuel with food and drink.

That evening, though, something told me that it was time to change my frazzled routine. My inside self told me to park my minivan, lean the seat back, and take a nap that I had learned about at the local yoga studio. Normally, I ignore this voice that tells me I need to rest, but tonight, I listened.

I put in my earbuds, plugged into my phone, slid the airplane mode button on, and practiced yoga nidra, a sleep-based guided meditation, for 45 minutes. The result? My mind — and body — went into the most relaxed state imaginable. I woke up feeling positive and recharged. Who was this well-rested woman?

For the rest of my son’s soccer season, this superpower nap became my routine: yoga nidra in the minivan during soccer practice.

Turns out 45 minutes of yoga nidra meditation feels like three hours of sleep in your body. I’d been practicing meditation for 20 years, but the moment I discovered yoga nidra, I quickly realized this was an answer to my prayers. Meditation and sleep. It seemed too good to be true.

What Is Yoga Nidra?

I call yoga nidra “meditation with a cherry on top.” Why? Because meditation is typically practiced sitting upright, and during most types of meditation, you remain in waking state consciousness, sometimes focusing on a mantra or the breath. Yoga nidra, on the other hand, is typically practiced lying down, underneath a blanket, and it guides you from waking state to a dreaming state to a deep-sleep state and then beyond to a fourth state of consciousness where all thoughts stop. Without any effort, your mind goes into the deepest state of relaxation imaginable. 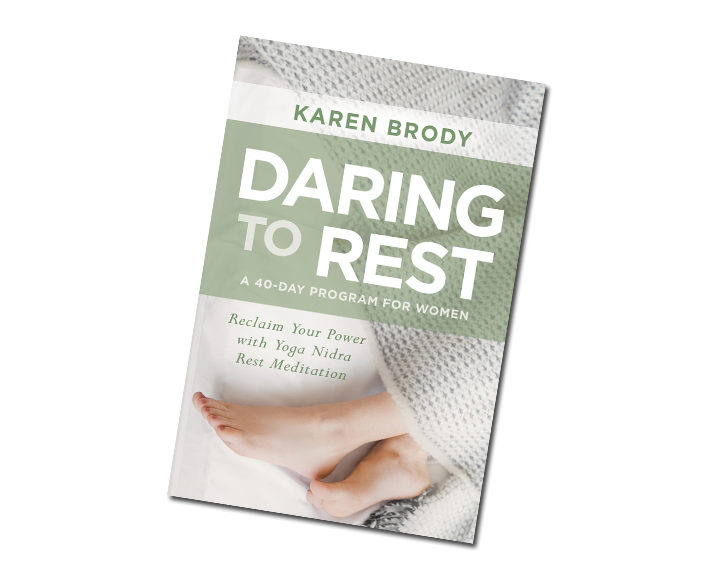 Yoga nidra is also known as yogic sleep. Yoga means “union” or “oneness” in Sanskrit, and nidra means “sleep,” or more specifically, the consciousness that pervades all states, from waking to sleeping. In yoga nidra, you are guided into a sleep state but invited to remain conscious in a semi-awakened state while deeply relaxed. It’s similar to a nap because you’re asleep, but different because a typical nap shuts down everything, including awareness, while yoga nidra meditation guides you to shut down everything and add awareness. As a result, you become aware of different parts of the body, and relaxation is more effective. You also become open to erasing emotional and mental patterns that are holding you back.

Don’t let the term yoga confuse you. There are no downward-facing dogs, warriors or other physical poses in yoga nidra meditation. Instead, yoga nidra looks like an extension of savasana, or corpse pose, a pose you do at the end of most yoga classes where you lie down on the floor for rest and integration. As a result, you become aware of different parts of the body, and relaxation is more effective. You also become open to erasing emotional and mental patterns that are holding you back.

Your Brain on Yoga Nidra

It’s really not surprising why I continued to take a yoga nidra nap in my minivan again and again. My mind and body needed the reboot. Each time you practice yoga nidra meditation, you’re stilling the waves of the mind through conscious entry into the sleep state. How?

You start with sensing the body and breathing in specific ways in order to trigger the relaxation response. The relaxation response balances the sympathetic and parasympathetic nervous systems and balances the left and right brain. In the process, your brain shifts from beta, an awakened state with lots of brain activity, to alpha, a more relaxed state. In alpha, the mood-regulating hormone serotonin gets released, and this calms you down. People who spend little time in an alpha brain-wave state have more anxiety than those who spend more time in alpha.

Think of a car: If you want to stop and turn off the engine, you first need to downshift. Shifting your brain into an alpha state starts its process of ‘powering down,’ or coming into a rest state with slower, restorative brain-wave activity.

From alpha, you go into a deep alpha and high theta brain-wave state, the dream state, REM sleep. In theta, your thoughts slow down to four to eight thoughts per second. This is where super-learning happens. Kids and artists experience a lot more theta activity in their brains. Emotional integration and release also happen here and structures in the brain change. It’s here that some people have random thoughts or see images. A person in theta may see colors or visions or hear the voice of a person talking, yet at the same time, not hear this voice. It’s where you begin to enter the gap of nothingness.

After theta, you are guided to delta, where your thoughts are only one to 3.9 thoughts per second. This is the most restorative state, in which your organs regenerate and the stress hormone cortisol is removed from your system.

When you’re put under anesthesia, you’re put into a delta brain-wave state. Also, people in comas are in a delta brain-wave state, which gives their bodies a chance to restore their systems. In our culture, very few people are going into the deep states of sleep like theta and delta on a regular basis and, as a consequence, our bodies are not powering down and getting the chance to restore themselves. Depressed people go to beta and alpha states, but rarely go to theta and delta.

From delta, the guided yoga nidra experience takes you down into an even deeper brain-wave state — one that can’t be reached through conventional sleep. In this fourth state of consciousness, below delta, your brain is thoughtless. This state is sort of like a complete loss of consciousness, but you are awake. This state is one of such a deep surrender, where your consciousness is so far away from the physical body that living here every day would be difficult. Not everyone who practices yoga nidra touches this state, but the more you practice, the more you’ll receive glimpses of it.

After you touch into the fourth state of consciousness, you are guided back to a waking state. Again, you couldn’t live in this fourth state, but as a result of touching into it, you bring a little of its peace back with you to your waking, everyday brain state. You also are able to rewire your thoughts and emotions because your subconscious mind in this fourth state is fertile, more open to intentions and affirmations than it is when you are in your waking state. As a consequence, in your everyday life, you begin to rest more and more in the space between emotions and thoughts, and resting in this space gives rise to a sense of freedom, where you are not triggered so much by the stuff in your life.

This deep, restful place that feels like freedom is exactly where practicing yoga nidra got me to in my minivan. It continues to be the best rest of my life and a constant permission slip in our busy world to rest. I need it; I’m worth it — and so are you.

This excerpt is adapted from DARING TO REST, by Karen Brody. Sounds True, November 2017. Reprinted with permission.