So You Want to Go Vegan: What You Should Know Before You Make The Leap 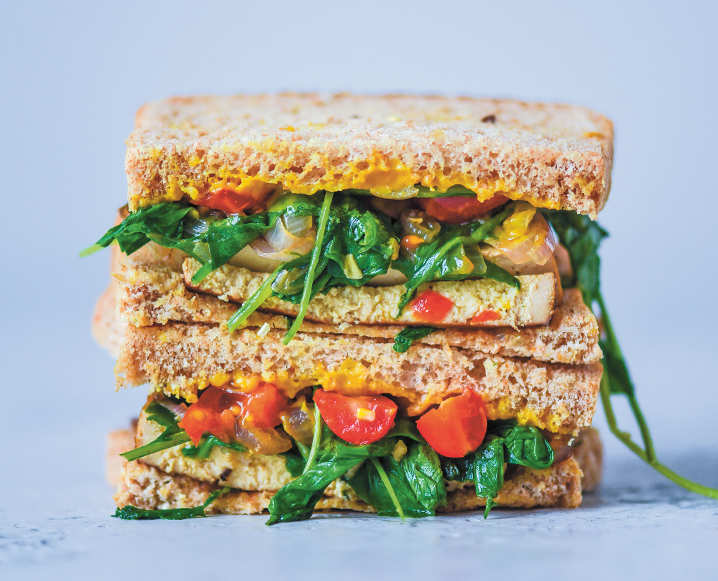 There are endless perks to a plant-based diet. A plant-based vegan diet might seem restrictive at first, but it may be worth it for the glow, the flat belly and the feeling of being well and balanced.

If you want to be vegan, or at least give it a go, there are a few things to consider before making the shift. If you’re not sure where to start or the best way to ease into the lifestyle, these great tips from ethical vegan and author of Vegan Reset, Kim-Julie Hansen will help you start the journey right…

Seven years ago, I found out about factory farming and as a consequence, became an ethical vegan overnight. Even though I was initially motivated by the ethical component, I soon discovered the many benefits of a plant-based diet and as skeptical as I was at first (I truly believed that I would never be able to enjoy food ever again, that’s how used to eating animal products and processed foods I was), it remains the best decision I’ve ever made.

Today, I share my passion for this lifestyle online on my blog, as well as my recipe share platform, Best of Vegan, which now reaches over 1.5 million people on Instagram alone. I love nothing more than teaching people who are new to veganism everything I didn’t know at first, which is why I wrote my first book called Vegan Reset: The 28-Day Plan to Kickstart Your Healthy Lifestyle. It includes all the tools, tips and tricks you’ll need, including a 28-day meal plan and plenty of additional recipes, from smoothies to breakfast ideas to savory lunch and dinner dishes and luscious desserts. The book follows a holistic approach to leading a healthy, vegan lifestyle, guiding you step by step.

Here are five things you should know before embarking on this journey. I certainly wish I had known them before going vegan myself!

You Can Vegan-ize Practically Anything

The very first thing I always tell people is that veganizing their favorite non-vegan dishes will make the transition a lot easier and even fun. It is normal to assume that going vegan means having to restrict yourself and not being able to enjoy your favorite dishes anymore, which, for many, can be linked to a lot of emotions and memories. The good news is, as the vegan movement grows, plant-based alternatives are becoming more and more accessible. The two things I was most worried about when I went vegan were my beloved lattes and sushi. Now I enjoy my lattes with oat milk, cashew milk, soy milk, almond milk or any of the dozens of options that are available. It might take a couple of attempts to get used to it or you may very well love it from the first try. Either way, know that there are so many options that taste great and you absolutely won’t have to restrict yourself. Sushi can easily be made without fish by simply replacing it with veggies, tofu or anything your heart desires.

Veganism is a Lifestyle, Not A Diet

There’s so much more that goes into being vegan than just the food we eat. Since veganism seeks to reduce and eliminate animal suffering as much as possible, this also applies to other areas in our lives, including the clothes we wear, the cosmetics and cleaning products we use or even how we entertain ourselves (vegans avoid zoos and circuses for that reason). As overwhelming as that may sound, you actually get used to it surprisingly quickly. People who adopt a vegan diet only (for health reasons, for instance) are therefore referred to as plant-based, not vegan. Eating a plant-based diet can be a wonderful first step towards veganism, so if that’s all you feel comfortable with for now, just go at your own pace.

As mentioned before, you can find vegan versions of practically anything. There is vegan cheese, vegan ice cream and even vegan bacon. Since these products make going vegan so much more accessible, I fully support them, but you do not need them, which is important to know for anyone who lives in a remote area and doesn’t have access to these products or anyone who may not want to eat them. You can create amazing dishes using just plants and you might be surprised at just how creative you can get with them. None of the recipes in my book resort to any meat or cheese alternatives simply to show what is possible without them. There is truly an abundance of food available when you go vegan and I’ve never been more excited about trying new recipes than I am now.

You Can Be Vegan on a Budget

There is a wide-spread stereotype, according to which veganism is only accessible to wealthy communities. As long as food deserts and social inequalities exist, there is definitely some truth to that, and it’s a topic that definitely needs to be addressed. That being said, with some practice, tips and tricks, it is very possible to succeed on a vegan lifestyle even if you’re on a budget. Buying in bulk and focusing on non-processed foods like legumes and grains, as well as buying seasonal produce and looking for wholesale markets are just some ideas that make veganism more affordable.

It’s important to know that you may experience some physical changes. What is commonly referred to as “detox” or detoxification, is basically just your body cleansing itself. It does that all the time, regardless of what you feed it. That being said, the foods you eat can make it more or less difficult for your body to detoxify itself. Since plants, unlike animal products, are very high in water content and fiber, you may experience some symptoms like temporary fatigue or headaches that are common whenever you change your eating habits, especially if you were used to eating highly processed foods before. These symptoms can vary from person to person or may not even occur at all. If they do, however, it will likely only be for a couple of days. Make sure you drink plenty of water and get lots of rest.

I often get asked whether going vegan will make you lose weight and there is no simple answer to this. Veganism is not a diet, which means that you can be vegan and eat veggies all day, just like you can be vegan and eat cookies all day. It is not a guarantee for weight loss or gain, but you can definitely achieve either depending on your goals (although I will say that focusing on feeling good over losing weight should always be encouraged!). If you’re looking to gain weight and build muscle, you can simply increase your portion sizes and load up on healthy plant-based protein. There are so many vegan athletes, including bodybuilders proving that you do not need to worry about a lack of protein or not being able to get stronger on a vegan diet.

How To Talk About Veganism
Lastly, the social implications are probably the most unexpected side-effect of going vegan. You might encounter unexpected reactions and criticism from friends and family. Meat, especially when spoken about in relation to ethics, is a very sensitive topic. Just beware that if you tell people things like “I’m vegan now because I care about animals”, they’ll be likely to interpret it as you saying “You’re not vegan so you don’t care about animals” and might become defensive. The best way to go about it is to lead by example and to remind people that you, too, were not vegan at some point. Saying something like “I went vegan after finding out information I had no idea about and I actually feel amazing now” will sound less threatening, but will still plant seeds and spark their curiosity.

Share the post "So You Want to Go Vegan: What You Should Know Before You Make The Leap"