The Scariest Health Tips Ever: Cupping, Enemas + Other Spooky Practices 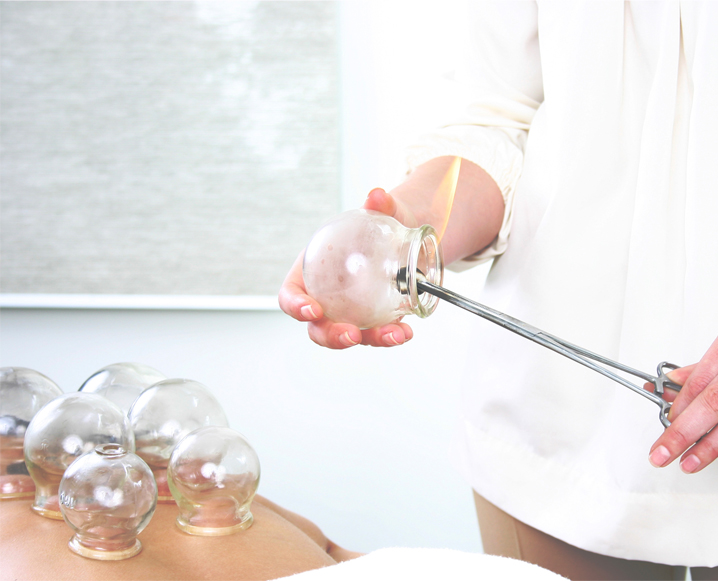 Halloween is right around the corner, so rather than sharing the simplest health tip as we normally do, we’re sharing the scariest one! There are so many frightening health practices to choose from – think placenta supplements, water fasting, enemas, and pancha karma (therapeutic purging) – but the one we’ve landed on is the practice of cupping. Cupping is a holistic therapy that gives us the creeps just thinking about it. Using hot glass cups, this practice can leave skin bruised, red and inflamed, making us wonder: Are the benefits worth the scare factor?

The Low Down: Cupping is one of the oldest healing methods of traditional Chinese medicine. Its earliest recorded use dates back to the early fourth century with the Taoist alchemist and herbalist, Ge Hong. Originally, hollowed-out animal horns were used, but today the cups are commonly made of thick glass or plastic. Typically, the cups are heated with fire to create suction, and placed over targeted points or meridian pathways. The suction that is created then stimulates the blood and tissue below. This stimulation is believed to ‘open up’ the meridian channels, bringing relief from particular ailments.

How it works: There are a few ways in which cupping is performed, differing based on the method used of creating suction in the cup. The most common practice is to warm the cups using an alcohol-soaked cotton ball or other flammable substance, which is lit and then placed inside the cup. Burning a substance inside the cup removes all the oxygen, creating a vacuum. Once the vacuum has been created, the cup is turned upside down and placed over the targeted area. The skin is then pulled upward inside of the glass. Drawing up the skin is believed to open up the skin’s pores, stimulating blood and lymph flow and the excretion of toxins.

The Benefits: Similar to acupuncture, cupping is said to help stimulate and open up meridian pathways. Meridians are the paths in which life energy (chi/qi) flows throughout the body, feeding and supporting the functioning of all tissues and organs. By opening up the pathways, balance and realignment of the qi can occur, creating an avenue for nutrients to be taken in by the tissues, and toxins to be drawn out of the body. Traditionally, cupping has been used to address respiratory conditions such as asthma, bronchitis, pneumonia and upper-respiratory infections. Other common uses have been for arthritis, gastrointestinal disorders and pain. Some practitioners also use cupping to address knots and deep scar tissue found in muscles and connective tissue, and for the relief of back and neck pain, stiff muscles and even migraines. Cupping is commonly combined with acupuncture to maximize its effectiveness.

Would you or Wouldn’t you: Although cupping is considered relatively safe, it often causes swelling and bruising of the skin. When the skin is drawn up under the cup, the blood vessels at the surface of the skin are stretched, which leads to small, circular bruises. While painless, the bruises typically last for a few days, making it imperative to stay covered up. What do you think? Is sporting red polka-dot skin worth it?

We want to hear from you! Have you tried any other ‘scary’ health practices? What did you try, how did it work out, and would you do it again? Head on down to the comments below, and start divulging!