The Devil We Know: The Toxic Doc You've Got To See 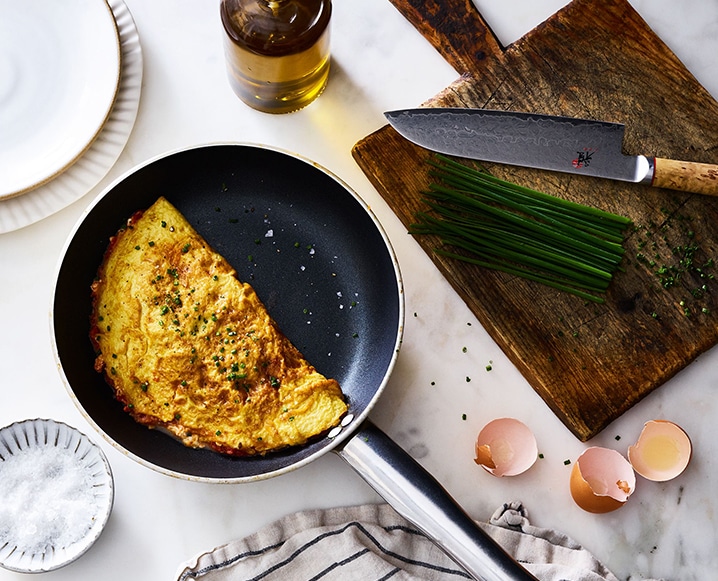 If you plan on spending some quality time with your couch this cozy fall weekend, be sure to check out the important new documentary, The Devil We Know. This fascinating new film co-produced by Jill Latiano Howerton — one of the amazing minds behind another fave doc, GMO OMG — unravels “one of the biggest environmental scandals of our time.” It tells the story of a group of citizens in West Virginia as they take on the corporation responsible for secretly dumping chemicals into their drinking water supply for decades: C8  — DuPont’s Teflon chemical.

The Devil We Know is an important  – and chilling – story for all of us to hear. As a country, we’re beginning to wake up to the toxic realities of our daily lives — and learning how we can push back. What would you do if this happened in your neighborhood? Bringing real life drama like this to the surface equips us with the awareness needed to keep ourselves protected. Below, Jill breaks down some majorly eye-opening takeaways. Watch the full doc on Amazon, iTunes and Google Play…

Tucked in the rolling hills of West Virginia, the town of Parkersburg is described by those who live there as an idyllic place to raise a family. It’s also home to a sprawling DuPont chemical plant that manufactures Teflon. When Earl Tennant and his brother, Jim, noticed the cows on their family farm were mysteriously dying, they suspected it might be tied to the adjacent “non-hazardous” landfill operated by DuPont. Then one autumn day in 2000, local schoolteacher Joe Kiger opened his mail and found a letter in his water bill informing him that C8  — DuPont’s Teflon chemical — was in his drinking water, but safe for consumption.

Most people would throw the letter away — and most did — but Joe Kiger is different. The trail of deception he and his wife, Darlene, uncovered made the sleepy town of Parkersburg the epicenter of one of the largest class action lawsuits in the history of environmental law. Internal documents and secret in-house studies reveal a disturbing truth: DuPont had knowingly been pumping a toxic chemical into the air and public water supply of more than 70,000 people for decades.

As the citizens of Parkersburg rise up against the forces that polluted their town, the story builds out to dozens of other American cities where drinking water is now testing positive for C8. In fact, at least 6.5 million Americans in 27 states are drinking water tainted by the Teflon toxin. Exposure to the chemical has even become a global phenomenon, spreading to places like China and the Netherlands. Parkersburg is ground zero for this story, but it’s clearly not about one place or one chemical: Because of the power of the chemical lobby, C8 is one of more than 80,000+ untested chemicals that have been released onto the market, their dangers unknown.

C8 is a chemical in the bloodstream of 99.7% of Americans — how it got there and why it took a cattle farmer and a PE teacher in West Virginia to expose the chemical is both a fascinating and timely tale. Under the terms of the class action settlement in 2004, a science panel was established by DuPont and the plaintiffs to study the effects of C8 on humans. The panel linked exposure, even in small amounts, to kidney cancer, testicular cancer, ulcerative colitis, thyroid disease, high cholesterol and pre-eclampsia. Additional studies have found an association between the chemical and prostate cancer, ovarian cancer, lymphoma, birth defects and attention deficit disorder in children.

The issues covered in The Devil We Know are part of the cultural zeitgeist right now. More than ever before, people are taking notice about what they’re putting in their bodies and becoming active participants in their own healthfulness. We eat organic, limit junk food and buy natural beauty products. To think all of this may be moot because we’re unknowingly being exposed to countless dangerous chemicals through everyday products, our water and air is unnerving. We hope it will be a poignant wakeup call about the chemical industry, the historical power of its lobby and the lack of government oversight.

In 1946, DuPont introduced Teflon to the world, changing millions of people’s lives — and polluting their bodies. Today, Teflon chemicals are found not only in pots and pans, but in the blood of people around the world, including that of 99 percent of Americans. In The Devil We Know, filmmakers tell the story of the spread of Teflon, how the chemical has left a lasting mark on every home in America, and how it ravaged a town in West Virginia where DuPont made the chemicals. The latest research hints at a much broader problem — nearly all Americans are affected by exposure to nonstick chemicals in food, drinking water and consumer products.

What Are PFA Chemicals?

Per- or polyfluoroalkyl substances — known as PFAS chemicals — are a family of thousands of chemicals used to make water-, grease- and stain-repellent coatings for a vast array of consumer goods and industrial applications. These chemicals are notoriously persistent in the environment and the human body, and some have been linked to serious health hazards.

What Are The Health Hazards Associated With PFAS Chemicals?

The two most notorious PFAS chemicals — PFOA, formerly used to make Teflon, and PFOS, formerly an ingredient in 3M’s Scotchgard — were phased out under pressure from the Environmental Protection Agency after revelations of their hazards. Their manufacture, use and import is now banned in the U.S., but evidence suggests the next-generation PFAS chemicals that have replaced them may have similar toxicity. PFAS chemicals pollute water, are resistant to degradation and remain in the body for years.

Where Are PFAS Chemicals Found + How Can I Avoid Them?

Drinking water | EW recently released its national Tap Water Database, which found that at least 16 million Americans in 33 states were being served tap water contaminated with nonstick chemicals. Many more people were not told that their drinking water contains PFAS chemicals at levels deemed harmful by independent scientists and EWG because the test information was not made public. If PFAS chemicals have been detected in your water, reverse osmosis and activated carbon filters may be effective for reducing or removing the contaminants.

non-stick COOKWARE | The most prominent sources of PTFE, the chemical name for Teflon, are nonstick pans and utensils. To avoid these products, skip the nonstick, choosing stainless steel and cast iron cookware instead.

FOOD PACKAGING | Chemicals are widely used to coat paper and cardboard food and bakery wrappers. Skip pre-cooked, packaged foods and opt for home cooking instead. Pop popcorn the old-fashioned way, on the stovetop. Microwaveable popcorn bags are nearly always coated with PFAS chemicals on the inside. Cut back on fast food and greasy carryout food, and check out EWG’s 2017 report that found nearly all major brands use PFAS-treated wrappers.

Were you already aware of the dangers of non-stick cookware and stain-resistant goods? What have you done about it?