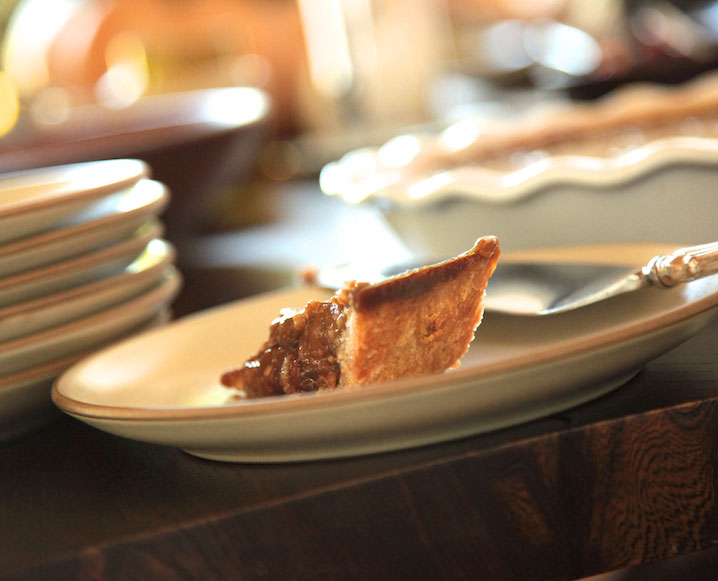 After an entire week full of vegan Thanksgiving recipes for the perfect cornbread stuffing, spinach dip for appetizers, squash and fennel soup, gingered orange cranberry sauce and Brussels sprouts, we thought it only fitting to finish off the week with the ultimate pumpkin praline pie! Everyone at our cooking class with Rip Plus Tan and Annie Campbell flipped for this rich, sweet, cozy dessert and we know you will, too. Plus, don’t forget to bookmark our downloadable recipe for vegan pie crust—it’s easy, versatile and just plain tastes great without any animal products, to boot!