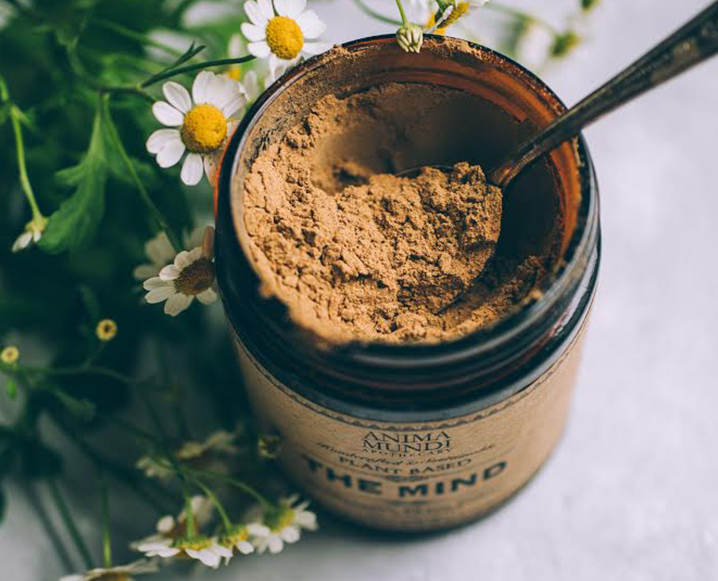 A fuzzy brain is no fun when you have worlds to conquer and magic to make (or maybe babies to feed and deadlines to make). While a shot of espresso might get things buzzing, a powerful way to clear brain fog and boost cognitive power is with herbs.

Our go-to herbalist and founder of modern apothecary Anima Mundi, Adriana Ayales, is sharing this plant wisdom for busting brain fog and rejuvenating brain health overall. The idea of using herbs to optimize our mental capacity, mood and overall ability to function on a high level is everything we’re about right now…

Brain fog is the consequence of a “leaky” brain or a “mind on fire.” Meaning, brain fog is a sign of inflammation. Unlike most of the body, the brain does not produce pain when inflamed, instead, one of the most common symptoms is brain fog, which makes people feel spaced out, disconnected and depressed. Inflammation in the brain causes neurons to fire more slowly, slowing down mental capacity, recall and reflexes. Brain inflammation slows down the conduction between neurons and, as a result, it functions slow causing slowness and dullness of thinking.

Also, it is vital to recognize that a fired up brain leads to a profound shift in our psyche — leading to biological impairment within our perception, awareness, emotional balance and state of mind. Having a sluggish neurological system shuts down our ability to produce cellular energy, as a result fatiguing easily and loosing the ability to focus for long periods of time. No wonder that in today’s world, the average attention span is supposedly ten seconds! A scary reality isn’t it? 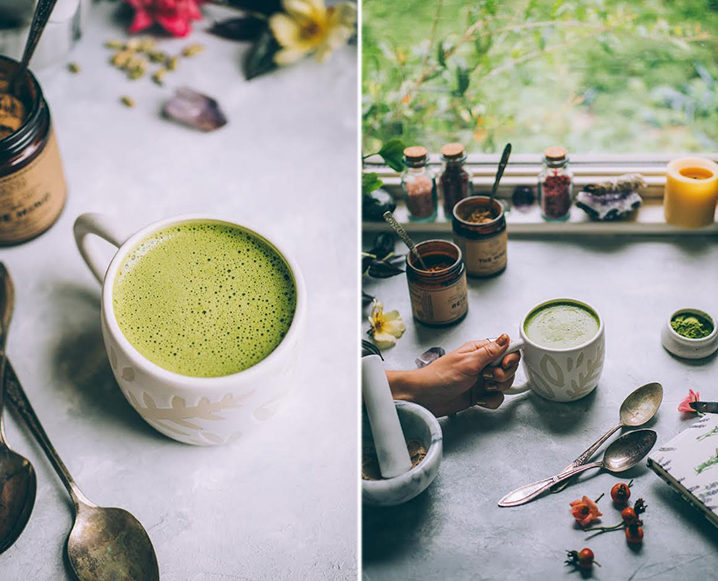 The over-digitalized world works against us in many ways. Although advancement in technologies have granted us access to a whole world of possibilities, wisdom and community at large, it dramatically affects our mind and body if we don’t responsibly manage it.

Environmentally, we have a massive influx of toxicity also contributing to brain fog, such as neurotoxins within our food, atmospheric toxicity from a myriad of synthetic materials used in agriculture, cars, nuclear testing and so on. Artificial lights emitted from our cellphones or ongoing late night Netflix binges is invading our neurological balance, our melatonin release (a vital component to our stress management) along with the serious side-effects of stress, distraction and sluggishness.

The point here is not to feel hopeless and sad about what the modern world has come to be. Thankfully, advances in clinical herbalism coupled with a widespread desire for plant-based nutrition have lead us to re-discover the power of ancient ways and medicines. And, although essentials like good sleep, good fat and exercise has been naturally known for millennia to contribute to our cerebral wellness — now modern science has in fact verified that this group of herbs have powerful brain boosting effects in a number of extraordinary ways.

A medicinal mushroom known for its extraordinary capacity to stimulate the synthesis of NGF nerve growth factor. Nerve growth factor is a bioprotein that plays a critical role in the maintenance, health and regeneration of neurons in the brain and body. NGF is the primary protein nutrient responsible for enhancing and repairing neurological disorders and literally rebuilding the nerve network in the brain and the body from the inside out.

A lack of NGF is considered one of the major causes of Alzheimer’s and other degenerative brain diseases. The various compounds found in the Lion’s Mane mushroom mycelium are some of the most powerful NGF inducers of all natural compounds known to man. These compounds allow the NGF in Lion’s Mane to actually pass through the blood-brain barrier to encourage the production of new neurons within the brain itself. Check Out

Rhodiola’s adaptogenic nature helps the body combat stress, protect cellular and metabolic function from prolonged exposure to chronic stress and prevent chronic fatigue. When neurotransmitters are operating out of balance a common trigger is depression, which is commonly prescribed within the medical world without much background knowledge on the source.

Rhodiola has been found through extensive clinical studies to have anti-depressant properties by balancing neurotransmitters in the brain. Human-based clinical trials also demonstrated how rhodiola reduced mental fatigue on stressful work-related tasks by 20% within a 20 day period. In another study, students experienced significantly reduced mental fatigue, improved sleep patterns and increased motivation after a 20-day intake. Rhodiola is an essential staple as an energizing mental health aid. Check Out

Gotu kola is a delicious brain shaped leaf that can be eaten in your salad. Folk traditions in India say the reason elephants have excellent memory and live a long life is due to gotu kola being a staple green in their diet. It has been revered by Yogis for thousands of years as an essential longevity staple. Gotu kola has been shown in animal and human studies to increase brain cell dendrite outgrowth, meaning that it increases the neural axonal density of the brain, which has been correlated with increased intelligence and psychic ability. Extracts of the plant have also been shown to repair damaged neurons and promote growth of neural networks.

Studies of children fed Gotu Kola over long-term time horizons showed measurable changes in IQ and general intelligence markers. There have also been studies on how the chemistry of the herb can activate both brain hemispheres, stimulating creativity and positive brainwave states (alpha, theta and gamma in particular), which is another reason why this herb has been used in lucid dreaming (due to the activation of alpha and gamma waves). Many monks have also used this herb because it enhances a state of profound meditation and facilitates a deeper connection to “one-ness consciousness.” Many have theorized that this herb is used to enhance states of enlightenment due to its ability to enhance brain capacity. Check Out

One of the oldest and strongest trees ever studied. The ginkgo tree has been traced back 300 million years making it one of the oldest trees in existence. Ginkgo has been shown to boost stem cell production in the brain with extraordinary effects in memory and cognition, while promoting repair to damaged brain cells.

Due to its capacity to help rejuvenate, it has been effectively used for brain-related conditions like depression, confusion, memory loss, concentration issues, anxiety, tinnitus and headaches. Gingko increases blood flow, know for its ability to oxygenate blood and provide energy. Ginkgo is a general tonic also used for a myriad of symptoms like low libido, chronic fatigue, parasites and more. Ginkgo is a an apothecary within itself, making it one of the most essential and respected herbs. Check Out

One of the most revered medicinal plants in Ayurveda. Traditionally, Ayurveda has regarded this a master plant ally — it is respected as if it were a living diet. It is often placed on altars and entries of temples beside its fellow respected plant, Tulsi. Bacopa has demonstrated its ability to stimulate synaptic communication, while lowering significant inflammation within brain cells.

It is also legendary for its ability to boost serotonin and dopamine production, providing a powerful mood-boosting, hormone regulating and stress-free effect. It is also often used for its blissful qualities, as it significantly lowers anxiety and makes you feel good. The popular supplement Tryptophan was primarily synthesized from this plant, which is often used in lucid dreaming due to its ability to help recall and remember factual information. Check Out

How To Use The Herbs

I love taking these herbs together by making a tincture out of the freshly dried or totally fresh leaves. If you can find fresh sources, by all means make an infusion or tincture to enjoy its powerful benefits. When combined together you create a synergistic formula for daily brain health.

See below for a fun way you can make your own “bullet-proofed” brain tonic to get you naturally high and ready for the day. “Bullet-proofing” your morning cup in the morning is an excellent way to get your brain juices flowing. Adding essential fats into your coffee, tea or matcha ritual helps prevent a terrible adrenal crash and the shakes, helping you feel uplifted versus fatigued.

* If you do not have The Mind, sub for 1/4 tsp of one of the herbs mentioned above. Or if using a liquid Brain tonic of sorts, sub for 1/2 tsp.

**For those that do not want caffeine, substitute with a non-caffeinated chai.

Add all dry ingredients into a cup and slowly pour in hot water. Whisk intensively (or use a hand blender) until totally dissolved. Add in as much milk as you wish and enjoy!

You can also use a blender — place all ingredients in and pulse a few times until smooth. Pour in a cup and enjoy immediately. Cheers!