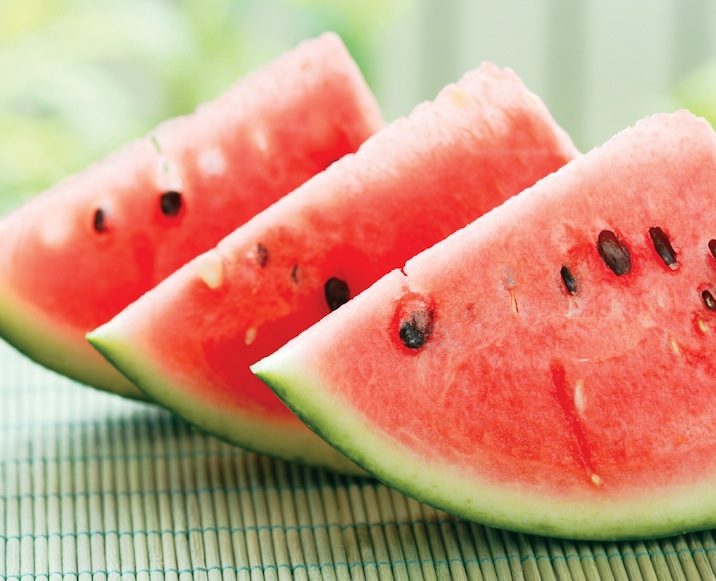 What You Need To Know: Just one bite into a juicy watermelon and you know that summer has officially begun. This sweet treat, which (big surprise!) is the most consumed melon in the United States, has often been taken for granted as mere picnic basket filler  – after all, what could a fruit that’s 92 percent water boast, nutritionally speaking? It turns out, quite a lot!

Why You Should Try It: Believe it or not, watermelon has surpassed tomatoes in recent tests to determine which foods are highest in lycopene – a phytochemical essential to optimal cardiovascular and bone health. Curious about the ABCs of this sweet superfood? Watermelon is rich in vitamins: specifically those at the beginning of the alphabet. The vitamin A in watermelon boosts the immune system’s white blood cell strength and is also important for eye health. Vitamin B6 is plentiful in watermelon, and not only helps maintain normal nervous system function, but helps to form red blood cells. Lastly, the vitamin C in watermelon boosts the immune system and fights off free radicals that can accelerate aging in the body.

With all that water, it’s no wonder Mother Nature has equipped watermelon with a plethora of potassium, which is responsible for maintaining a proper h2o balance within each and every cell of the body. And don’t simply stop with the pink stuff – the closer you eat to the rind, the more nutritional benefits you will receive!

Let’s Get Together: We love watermelon any way you dice, slice, sip or slush it! Whip up a batch of this vegan sugar-free (yes, really!) watermelon ice cream in lieu of a run to the ice cream truck on a hot summer’s day.

Naturally, we love Pressed Juicery’s summer smash, Watermelon Mint – our most popular summer flavor and even turn it into a cocktail when that urge to host a summer soiree strikes. Add a splash of vodka into a glass full of this bright pink juice, add frozen blueberries, and you’ve got yourself the perfect red, white and blue Fourth of July imbibement! Cheers!