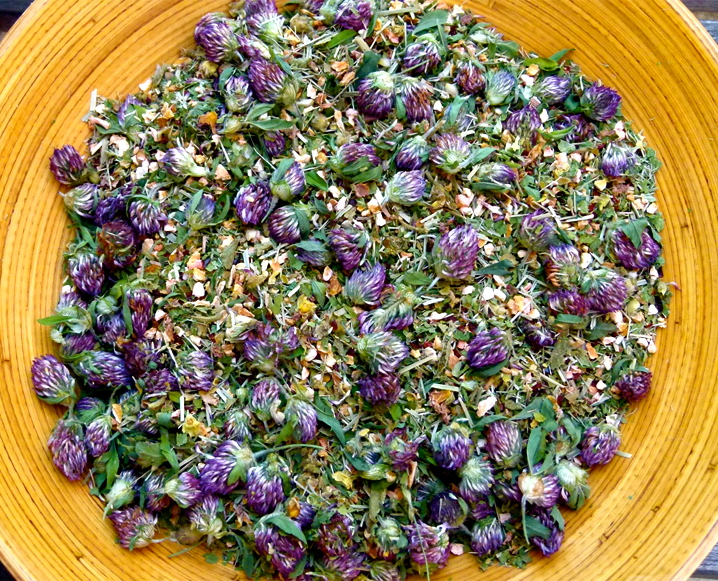 What you need to know: A wild plant that is part of the legume family, red clover commonly grows in meadows throughout Europe and Asia. Used in alternative medicine as a blood cleanser, it is believed to promote detoxification at the liver, while also clearing mucus in the lungs. As a result, red clover is used for conditions ranging from respiratory issues to skin ailments and poor circulation.

Why you should try it: Scientific analysis has determined red clover to be rich in isoflavones, an organic compound that produces estrogen-like effects in the body. While concrete evidence on its efficacy is mixed, these compounds have the potential to protect against cardiovascular disease, osteoporosis, and may even ease the side effects of menopause, such as hot flashes.

Let’s get together: Red clover’s nutritional benefits can be easily accessed not only in supplement form, but also in an afternoon cup of tea. Here at The Chalkboard, we are loving Transcendent Tea, a new line of functional herbal teas designed to support body and mind well-being. One of our favorites is Glow Tea, an antioxidant-rich blend designed to make skin glow, which features… you guessed it, red clover. The best part is that this tea also contains nettles, rose hips, cistus, lemon peel and lemongrass, making it the perfect way to rejuvenate after a long, hard day’s work.