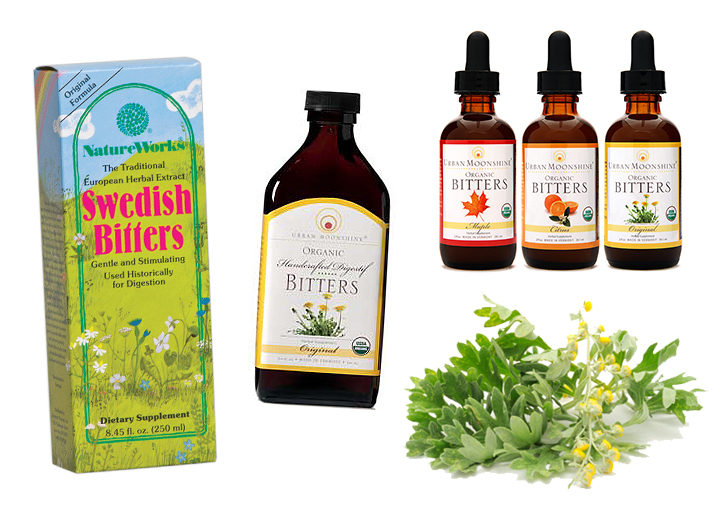 What You Should Know: Bitters is not just a cocktail ingredient for the moustache-bearing throw-back crowd. Although it is a retro-fantastic ingredient, once a staple in cocktail recipes for martinis, manhattans and old-fashioneds, bitters is actually a health-producing superfood on it’s own. Once treated as a medicine itself (one 1883 advertisement listing it as tonic for “biliousness, palpitation and humors”),  bitters are tonic blends of – surprise – bitter herbs such as artichoke leaf,  dandelion, gentian root and yarrow with other bitter roots, bark and fruits. Distilled in an alcohol base, these herbs were often served as apéritifs before large meals, as digestifs after dinner or to soothe party-goers after nights of less-than-moderate drinking.

Why You Should Use It: Bitters is a wonderful tonic for digestion and overall vitality. In this season of abundance and food-related celebrations, holing away a bottle of digestion-curing bitters may be just what the doctor ordered to soothe overly-filled Thanksgiving tummies and post-get-together headaches. Digestion requires more energy from your body than almost any other task. Giving yourself digestive support frees your body to work hard at other vital tasks like keeping your immunity strong through the cold months.

Let’s Get Together: We recommend the German bitters by Salus Haus

or the Swedish bitters by NatureWorks

. Both bottles will do the trick to soothe the stomach after a large meal and – bonus – both brands come in quite charming boxes and glass bottles. Offer Thanksgiving guests the choice of bitters and soda with after-dinner cocktails for a refreshing and conversation-sparking sparkler.