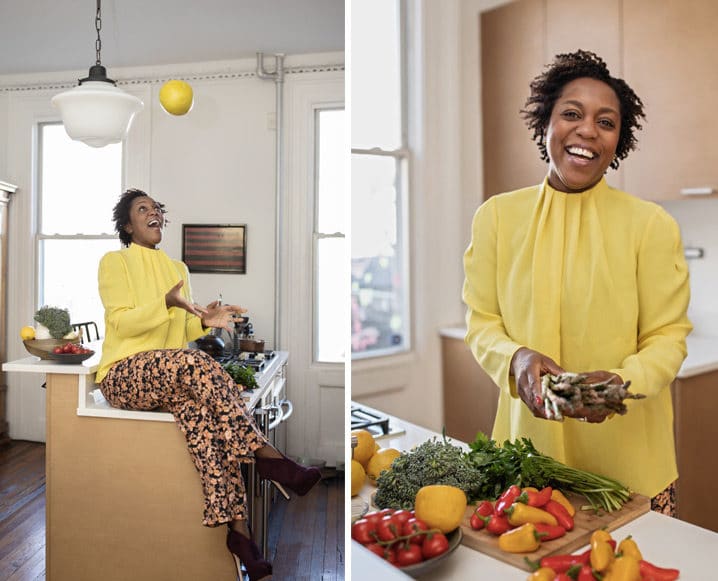 We’re not sure who first coined the term, Standard American Diet — which, no coincidence, also reads ‘SAD’ — but it has come to represent the dire facts regarding our nation’s consumption of processed foods, sugar and conventionally-raised animal products.

“Health is wealth.” Such a simple phrase, yet it holds so much meaning. Let’s take a moment to unpack it. Living in the U.S. many of us strive for the American Dream of prosperity and upward mobility — in short, increased wealth.

The WHO (World Health Organization) defines health thusly: A state of complete physical, mental and social well-being and not merely the absence of disease or infirmity. That’s a mouthful and a tall order. The only way to realize the truth of ‘health as wealth’ is to reject the Standard American Diet (SAD) and the ideals that come along with it.

What Is The Standard American Diet?

The Standard American Diet (SAD) has often been characterized as a diet pattern that favors a high intake of ‘fast’ and processed foods that are mainly composed of refined grains, added sugars, lab-made fats, added salts and preservatives.

The horrifying part of the prevalence of the Standard American Diet is that its grip is pervasive and seeps into many parts of our daily lives — such as encouraging busy Americans to purchase packaged and pre-made foods as a staple rather than an occasional option in a hurry.

+ Data tells us that more than 50% of the population exceeds the recommended amounts of grains and proteins.
+ Most Americans go above the recommendations for added sugars, saturated fats and sodium.
+ Three quarters of the total population eat a diet that is low in vegetables and fruits.

This tells us that the SAD is not only mainstream, it’s the norm for most of us. Over half of all Americans have one or more diet-related chronic illnesses, specifically cardiovascular disease, some cancers, diabetes and high blood pressure.

Medical costs associated with these diseases are in the hundred billion range. Yes, our food culture and industries have a direct effect on the wealth of the nation.

Let’s go one step further: Mortality rates in the U.S. are higher in comparison to other comparable countries. Americans die more often from circulatory diseases (think cardiovascular disease, diabetes, endocrine and metabolic disease) than in countries like Canada, France and the U.K. I find that very bleak.

The environmental impact of food also needs to be considered. We estimate that 30% of total greenhouse gas emissions can be attributed to agricultural production. To be clear, there are many farmers using sustainable farming practices, but the largest culprits are not small farms or produce farms.

The farms that tend to be the largest contributors to greenhouse gas emissions are large scale farms that produce animal proteins via unsustainable farming methods.

When looking at a spectrum of factors, plants have lower greenhouse gas emissions in comparison to animal proteins. I’m not suggesting that we all become vegetarian, but I am saying that we need to look deeply at how we interact with our food and how it is produced.

In my opinion, we as healthcare providers need to be talking with our patients about sustainable diets. We need to encourage our patients to step away from mainstream food norms and embrace food and nutrition patterns that support personal longevity, economic and ecological health.

An alternative to the Standard American Diet is one filled with the recommended vegetables, fruits and whole grains, thus decreasing the incidence of diet related chronic illnesses and their associated health care costs.

I challenge you, as you buy, prepare and eat your daily meals to simply ask yourself: How does this serve me, my health and our planet?