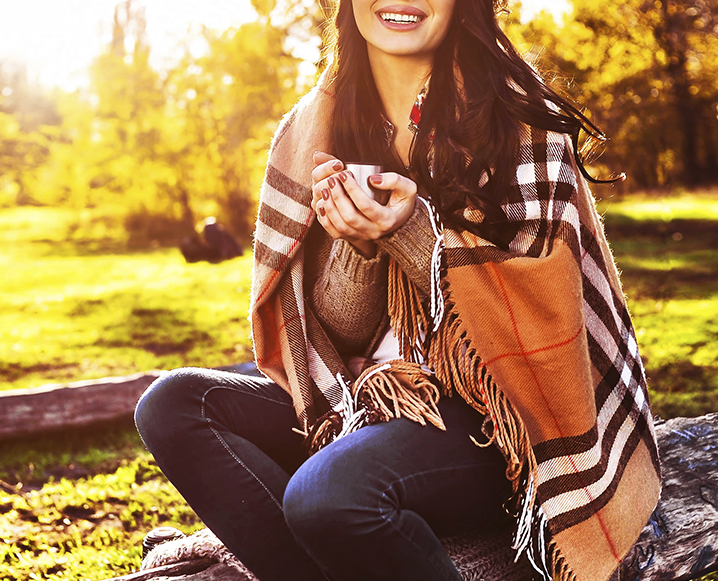 If there was Only one piece of advice we could offer to help change your health, it would be to take vitamin D – that vitamin we soak up via the sun’s UV rays. As winter approaches, leaving us fewer opportunities for prime sunbathing, it’s more important than ever to start thinking about supplementation.

Our bodies can make vitamin D from sunlight, but research has shown that most of our bodies don’t make nearly enough for optimal health. Vitamin D deficiency has become a worldwide issue regardless of skin color, lifestyle or location – and as the gloomy weather of the season starts to set in, we’re receiving even less than usual.

Why should you care so much about vitamin D? Because it is your ticket to cold and flu prevention, a winter season absent of fevers, chills and sniffles, and key to a life well lived. Take our simplest health tip for today and maximize your vitamin D levels with supplementation…your body will thank you for it!

The Gritty Details: Vitamin D is more than a vitamin, it is a prohormone. That means it has hormone-like effects on the body, helping cells to communicate properly. It plays a vital role in the functioning of the human body; it’s so essential that without proper levels, disease sets in. Diseases and conditions of all kinds can occur, including the common cold and flu, Crohn’s, high blood pressure, and upper respiratory infections. Because vitamin D deficiency has become so widespread, even formerly eradicated diseases (such as bone-weakening conditions like rickets and osteomalacia) are having a resurgence.

Deficiency Uncovered: Getting the right amount of vitamin D can be complicated. While your body can make it from sunlight or from eating certain foods, it must be altered through a number of internal chemical processes before it can be utilized. This makes getting the right amount a little more complex compared to other vitamins and minerals. Factors such as skin color, sunscreen use, clothing, height of the sun, latitude, total hours spent sunbathing, and organ function all influence the resulting vitamin D levels in the body. Even if you’re a California beach bum clocking in four hours of beach time daily – or an avid gardener working twelve hours under the bright, hot sun – chances are that you are “D-ficient” too.

Asthma: According to a paper recently published in the journal Allergy, boosting vitamin D levels could help manage asthma attacks. Vitamin D has significant immunomodulatory effects and is therefore believed to have an effect on asthma – an immunologically mediated disease.

Bone Health: Calcium and phosphorus are essential for developing the structure and strength of your bones, and you need vitamin D to absorb these minerals. Along with the parathyroid hormone (PTH), vitamin D is in charge of regulating calcium metabolism. Maintaining calcium homeostasis is vital for the normal functioning of bone growth and maintenance of bone density.

Cellular Differentiation: Vitamin D influences the body in order to help regulate cellular differentiation – the biological process by which cells become specialized for a specific function.

Chronic Kidney Disease: Proper levels of vitamin D may be helpful in preventing damage due to chronic kidney disease.

Depression: Vitamin D is actively involved in brain metabolism and neurological functioning. Improper levels have been found to link to depression.

Disease Prevention: A lack of vitamin D has also been linked to some other conditions such as multiple sclerosis, rheumatoid arthritis, hypertension, cardiovascular disease, certain autoimmune diseases, diabetes I and II, and even some forms of cancer including colorectal, breast and prostate.

Heart Disease: The heart is a large muscle and, like skeletal muscle, is influenced by vitamin D. It’s no surprise that new research studies are finding that vitamin D deficiency may be linked to heart disease. Other studies have found that low vitamin D levels were associated with higher risk of heart failure, sudden cardiac death and stroke.

Immunity: Vitamin D is known to influence the main cells of the immune system – B cells, T cells and antigen-presenting cells. It increases autoimmunity, as well as the ability of the body to resist infection. Vitamin D also counterbalances the white blood cells’ damaging inflammatory response, resulting in an expedited healing response.

Muscle Strength: Vitamin D plays a role in maintaining muscle strength and has been implicated in protection against muscle pain and weakness.

Getting it Down: Vitamin D is a fat-soluble vitamin, meaning that it requires fats (lipids) to be digested and utilized by the body. That’s why the best way to take vitamin D is in liquid form, with the liquid being a fat such as olive oil. We recommend using a live-source vitamin D, which is derived from sheep’s wool (don’t worry, the sheep are not hurt in this process – they merely get a hair cut!), like this D3 from Premier Research Labs. There are two forms of vitamin D that are used in supplements: vitamin D2 (“ergocalciferol,” or pre-vitamin D) and vitamin D3 (“cholecalciferol”). Vitamin D3 is chemically indistinguishable from the form of vitamin D produced in the body, making it the best choice for supplementation.To find the best supplement for you, check out some options here.

Final Take Away: In order to determine where your vitamin D levels are, considering getting a blood test. The level of vitamin D in the body is assayed by a blood test measuring serum 25-hydroxy vitamin D (this is the name of the test that you want to get). This test is used to determine how much vitamin D you need to take in order to optimize your levels. The goal is to be at least at 75 nmol/l (30 ng/ml), and for cancer prevention you will want to be between 90-120 nmol/l (36-48 ng/ml).

Currently, there’s scientific debate about how much vitamin D people need. The general recommendation seems to be a minimum of 1,000 IU per day, but it is recognized that even at 4,000 IU per day, there is no evidence of harm. It should be noted that if your gallbladder is not at optimal functioning, a higher dose of vitamin D must be taken. To learn more about how to test for vitamin D, head over to the Vitamin D Council.