Simplest Health Tip Ever: 9 Reasons You Should Be Using Oregano Oil Daily 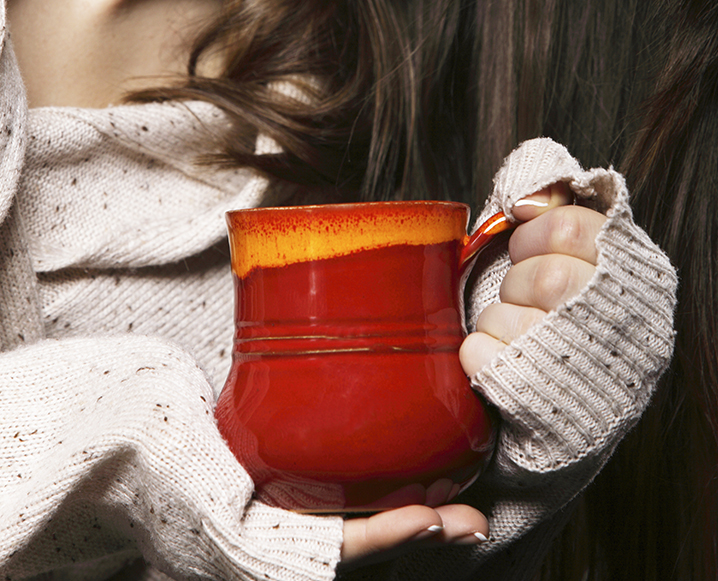 We’ve touched on oregano oil benefits in our superfood spotlight series, but this little herb deserves a little extra TLC this time of year. Oil of oregano is one of the most potent antimicrobials around. During cold and flu season we absolutely depend on it to keep immunity consistently high!

Surprisingly, this oil isn’t a part of most folks’ health regimens yet, but we’re breaking down how and why you should definitely be adding this super-herb to your routine. Oregano oil has been used to fight infections, ward off bacteria, viruses, and overall, is a potent immunity booster. It’s list of potential uses and remedies are endless, but we’ve listed nine below to get you started.

Getting it Down: We won’t lie to you, oil of oregano is potent stuff. You may end up smelling like you just ate an entire pizza covered in oregano, but the pros definitely outweigh the cons in our book!

A little goes a long way. The best way to take the oil is to add a drop or two a day to a short glass of water and shoot. We recommend a chaser of Pressed Juicery’s Greens 1 or Citrus 2 – the oil of oregano may even enhance the flavor!

Oil of oregano can also be taken in capsules if you prefer. Try adding 3-6 drops, depending on severity of symptoms, to capsule and take before meals. If using the oil externally, be sure to mix it with a carrier oil, such as coconut or sesame oil, and test a small spot of skin before dousing yourself with it.

Try It: Not to be confused with your typical garden variety of pizza-ready herbs, oil of oregano is extracted from the flowers and leaves of the Origanum vulgare and Thymus capitatus species. Unfortunately, many brands sold in grocery stores are not made from this variety and many have little to no therapeutic value. Be sure you source from a reputable brand such as Wild Oil of Oregano, one of our favorites.

Here’s why you should pick up a bottle…

Oil of oregano contains high levels of antioxidants, helping to prevent and reduce cellular damage, as well as reduce overall inflammation, and even inhibit the growth of cancer cells.

Oregano is a potent antihistamine that has been shown to reduce the symptoms of seasonal and environmental allergies, sensitivities, as well as asthma.

Oil of oregano can be used externally to relieve pain and muscle soreness, and has been used to relieve muscle and joint pain related to rheumatoid arthritis. The warming properties of the oil are likely to contribute to these soothing effects. Be sure to mix the oil with a base oil before applying to the skin, as the oil itself can cause skin irritation.

Oregano oil can help to stimulate the production of bile and digestive juices, helping to enhance and improve overall digestion and assimilation of nutrients.

Carvacrol, one of the potent compounds found in oil of oregano, is particularly effective against bacterial infections, and more responsive than other herbs such as goldenseal or echinacea in boosting the body’s immunity. It is also a powerful remedy for candida and yeast infections, especially those that are resistant to anti-fungal drugs such as Diflucan. Not only can it prevent food-borne illnesses caused by pathogens such as salmonella and E. coli, but may actually help to relieve food poisoning symptoms as well. Thymol, a natural fungicide with antiseptic and antiviral properties helps boost the immune system, fight and prevent colds and flu, and and promote recovery.

Parasites such as lice can be a pain to get rid of, but not with oregano oil. Adding just a few drops to your shampoo and to your scalp after you shower will help wipeout these nasty little buggers. You can also add a dropper full to your laundry to help disinfect your clothing and sheets. Also, bring oil of oregano with you next time you go camping as an effective bug repellant.

Oil of oregano is a powerful ally when it comes to fighting fungus, and nail fungus is no exception. Used both internally and externally, oil of oregano can help erase this unsightly nuisance. Try soaking your nails in oil of oregano, two times a day for a few months to see a significant improvement.

Simply apply a mixture of oil of oregano and a base oil and rub onto the fungal infection after showering and before bed for an effective and easy solution.

Final Tip: Oil of oregano is not recommended for pregnant or nursing women due to the increased blood circulation effect it can have within the uterus. Be sure to check with your doctor if you have any concerns about your health and using oregano oil.