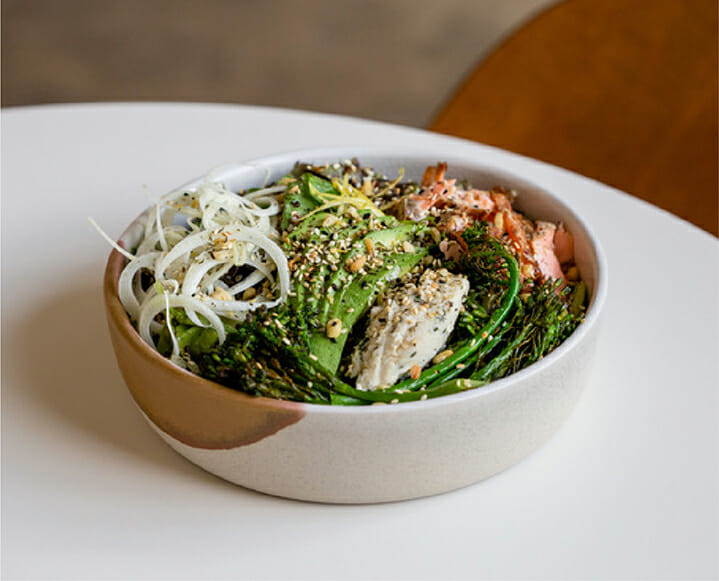 In the new Eat for Energy, functional health practitioner Ari Whitten takes us on a deep dive into “the underlying cellular cause of chronic fatigue, burnout, and brain fog”.

According to Ari, “The core underlying cause of our fatigue lies in our cells, specifically our mitochondrial deficiency, and the solution can be found in simple, straightforward, nutritional strategies that address our body’s biology.”

It doesn’t getting any more straightforward than three genius pieces of advice to manage blood sugar daily. We’re always grateful for simple reminders like these that are nearly effortless, yet incredibly impactful on our daily health…

Better blood sugar control can be yours in as little as 10 seconds. The trick? Start every meal with a shot of vinegar.

A meta-analysis of studies looking at how vinegar impacts blood glucose control found that having 1 to 2 tablespoons before eating reduced the overall post-meal blood glucose response by 11 percent and the overall insulin response by 16 percent. What’s more, it didn’t matter if you had diabetes or were otherwise healthy—vinegar benefited glycemic control in everyone.

These benefits are likely owed to the defining characteristic of vinegar that makes it tart and acidic: its acetic acid content. Studies have shown that acetic acid slows digestion and inhibits our digestive enzymes that break down starch and sugar. These effects will cause a slower and less pronounced increase in blood sugar levels after eating.

More importantly, acetic acid increases the expression of AMPK (AMP-activated protein kinase) and GLUT4 (glucose transporter type 4), which are proteins that increase glucose uptake and use in the body. Consuming vinegar increases carbohydrate storage in our muscles as glycogen, even in people with type 2 diabetes. Additionally, vinegar has been shown to stimulate vasodilation (the dilation of blood vessels, which decreases blood pressure) and increase blood flow to skeletal muscle, both of which are considered important components of insulin-mediated glucose uptake.

If you are going to eat a meal that contains some carbohydrates, then consuming 1 to 2 tablespoons of vinegar is an easy way to increase your insulin sensitivity to the incoming glucose load.

Any vinegar will work, although apple cider and red wine vinegars tend to taste better. You will often see apple cider vinegars advertised as raw (unpasteurized) and unfiltered, thereby preserving “the mother.” This is simply a nontoxic slime composed of yeast and acetic acid bacteria that forms during the fermentation process that creates vinegar.

The mother of vinegar appears to be a major source of bioactive compounds and antioxidant activity in vinegar, as well as minerals such as potassium, magnesium, calcium, and iron. It remains to be determined whether consuming the mother has any discernible effect on health, but if you have the choice, it seems prudent to opt for it.

This doesn’t have to be a literal shot of vinegar. You can mix it with water to dilute it, or you can use it as a salad dressing. Mix 1 to 2 tablespoons of vinegar such as red wine or apple cider with olive oil and toss it over a salad or over vegetables.

We can make a huge impact on our blood glucose control by changing the order in which we eat our food during a meal. Several studies in people with type 2 diabetes or prediabetes, as well as healthy folk, have found that eating fibrous vegetables at the beginning of a meal, before eating starchy carbohydrates, reduces blood glucose and insulin levels by 20 to 70 percent and 25 to 50 percent, respectively.

And if life gets in the way and prevents you from eating them with every meal, the same benefits are observed with just eating protein before any carbohydrates. The theme is to simply eat your sources of carbohydrate (grains, legumes, tubers, etc.) last in the meal.

These glycemic benefits can also have a long-term effect. In one randomized, controlled trial involving adults with type 2 diabetes, taking the advice to eat veggies first and carbohydrates last in each meal was significantly more effective at lowering HbA1c than having them follow the standard American Diabetes Association advice of using a diabetic exchange food list.

The benefits were seen in as little as one month and lasted for at least two years, when the researchers stopped collecting data. Overall, HbA1c from this little trick was slashed from 8.3 percent to 6.8 percent—just from altering the order in which the same foods within a meal were eaten. Essentially, the participants moved from full-blown diabetes to the lower cutoff of a diagnosis (>6.5 percent is diabetes, 5.7 to 6.4 percent is prediabetes, and 4 to 5.6 percent is considered healthy).

There are approximately 250 species of cinnamon, but cassia cinnamon is probably what you have in your cabinet. It is the most common cinnamon in the world, and studies have shown it can benefit glycemic control. For example, a meta-analysis of those with type 2 diabetes reported that eating 1 to 6 grams (1/4 to 1 teaspoon) of cinnamon per day significantly lowered fasting blood glucose by an average of 24 mg/dL (1.3 mmol/L), which corresponded to 12 to 17 percent for the group. Even if you don’t have type 2 diabetes, you can benefit from some cinnamon. In overweight adults, adding a teaspoon of cassia cinnamon to oatmeal or farina porridge was shown to lower the glycemic and insulin responses, suggesting enhanced insulin sensitivity.

In healthy adults, consuming 1, 3, and 6 grams per day of cassia cinnamon over 40 days has been shown to reduce post-meal blood glucose levels, with the greatest effect seen with 3 and 6 grams (an 11 to 13 percent reduction). Another study reported that 5 grams of cinnamon taken during a glucose tolerance test reduced the post-meal glucose response by 13 percent and improved insulin sensitivity compared to a placebo.

The reason cinnamon works to control blood sugar is that it facilitates glucose uptake from the blood into tissues like our muscles.

When working with clients, I seek the path of least resistance and find what nutritional approaches, including specific foods, resonate the most. This is a great reminder that not all the strategies you come across will be right for you, and that’s okay. Take the ones that excite you, and when you’re feeling adventurous, I urge you to go outside your comfort zone to try something new. If you try something and it doesn’t work, then let it go and move on. There are plenty of strategies to experiment with, and you will find the best ones that work well for you.

If you like cinnamon, then I urge you to incorporate it into your diet. Use it as a spice for your chicken or ground beef or sprinkle it onto Greek yogurt—about a teaspoon (5 grams) per day should do it. 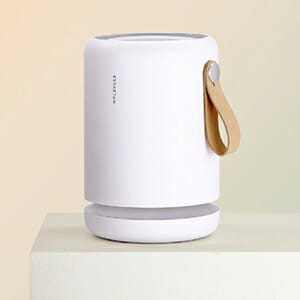