Would You or Wouldn't You: Spike That Pinot Grigio With Fresh Herbs 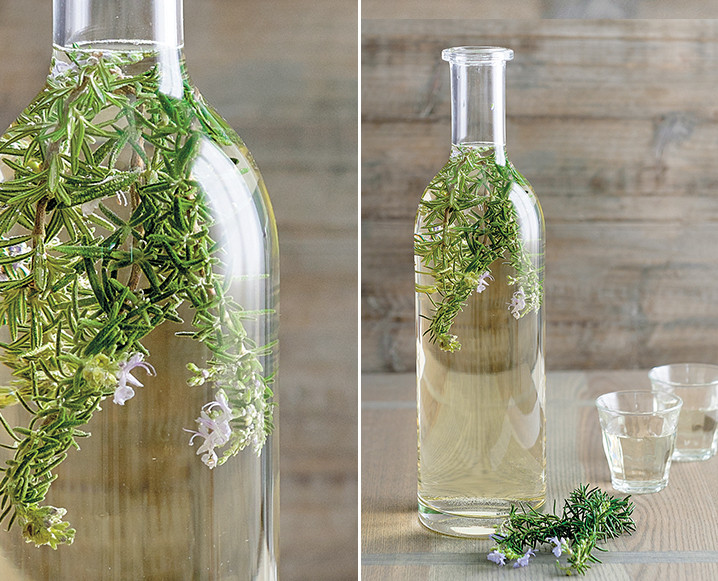 How can you work a little more wine into your wellness routine? Stick a sprig in it!

According to forager Emily Han, author of Wild Drinks & Cocktails, infusing wine with therapeutic herbs supercharges it with medicinal benefits and adds a layer of flavor complexity – but do you think it’s worth risking your favorite bottle of white to give it a try?

In our ever-popular “Would You or Wouldn’t You” series, we’re asking readers if they’d try this pretty wine DIY – or not. Check out the rest of our series here where we talk V-Steams, float therapy, and cricket protein too!

Rosemary and wine have been partners for centuries. Archaeological evidence suggests that the ancient Egyptians infused wine with rosemary. In Banckes’ Herbal of 1525, the author suggests that rosemary can “keep the wine from all sourness and evill savours.” Also, rosemary has long been associated with memory, from the ancient Greek scholars who wore sprigs of the herb to improve concentration during exams to the early modern English who used it as a symbol of remembrance at weddings and funerals. And it’s not all superstition, either: scientists have found that the smell of rosemary can increase memory by 75 percent. I can’t promise that my Rosemary Wine will boost your memory—but I can tell you it makes a nice little aperitif, and that it’s lovely as part of a white sangria.

How To Make Rosemary Wine
Makes about 3 cups

Pat the rosemary with a clean, dry towel to remove any moisture. Gently bruise the rosemary by pressing on the leaves with a rolling pin (the side of a wine bottle also works) to help release their flavor.

Pour out 1 cup of the white wine and stuff the sprigs into the wine bottle. Using a funnel, pour as much of the cup of wine as possible back into the bottle, and make sure the rosemary sprigs are submerged.

Re-cork the bottle and store it in a cool, dark place for 1 to 2 weeks, checking to make sure that rosemary stays submerged.

Strain through a fine-mesh strainer; discard the solids.