He's Just Not That Into You: The Ins And Outs Of Rejection 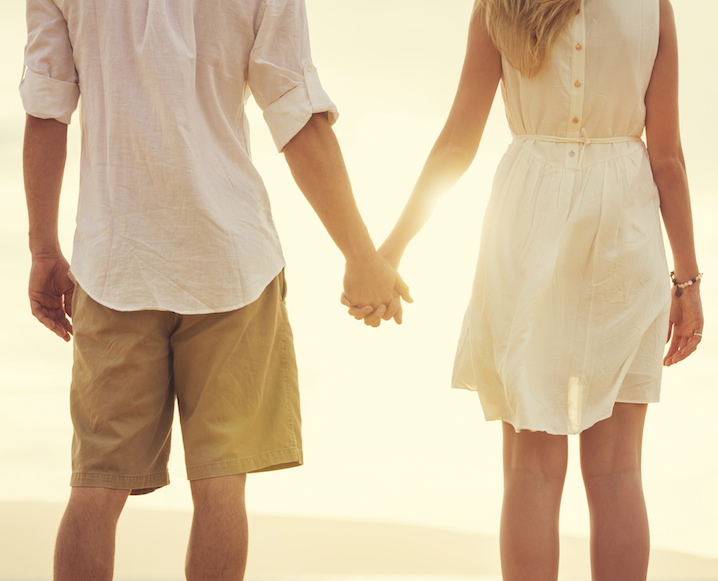 “He’s just not that into you.” “It wasn’t meant to be.” “There are plenty of fish in the sea.” Whichever way you word it, there’s no way around the fact that rejection, especially romantic rejection, sucks. Relationship expert Ellie Burrows explains the psychology behind why we sometimes get rejected – and why we shouldn’t drive ourselves to crazy trying to figure out what we could have done differently.

People generally default to their insecurities when it comes to rejection. They assume that the object of their desire ended things because they were bad in bed or fat or didn’t play it cool enough. If only I had shaved my legs, didn’t ask about his ex or fart in the middle of the night…

Ugh, and then there’s that famous line, “It’s not you, it’s me.” Although it has had a long-running monopoly over the rejection marketplace, its value has significantly diminished. It feels cheap and wimpy because, of course, he or she is breaking up with you because you have the worst morning breath ever. Why couldn’t they just be honest?

In our search for a reason and in an attempt to get a handle on the unknown, we turn on ourselves. We beat ourselves up, often making less sense in an effort to make more sense. We cast blame to satiate our desire for answers we will likely never get and we engage in an unreasonable search for a reason.

But we so rarely, if ever, consider that the reason we are rejected is because things are “right” and that’s what make things so wrong. No one ever says:

“I’m wonderful and that’s why it didn’t work out.”

“The sex was mind-blowing, conversation electric, and compatibility was off the charts. Naturally, we broke up.”

“He was fantastic so I just couldn’t do it.”

“Our heart connection was too intense so I ended it.”

That all sounds weird, right?

Meet Clark. He’s chiseled everywhere. Everything about him is strong and clearly defined: face, body, brain. The whole thing is one seriously attractive package. He’s a lethal combo: incredibly seductive and deeply emotionally wounded by his mother. Let’s leave it at that.

More often than not, he’s the guy you date, fool around with and then it abruptly ends. He’s the guy that can take your pants off with his words but vanishes without a trace. Maybe ten percent of women that he’s bedded get some semblance of a goodbye text. And somehow when he leaves, she feels like there was something wrong with her.

I had breakfast with Clark last week. He’s a friend. I asked him about a certain girl that he met a while back. And he said one of the more fascinating things I heard all week:

“There was so much sex falling into my bed at the time. That, and she was an actual viable option as a partner, so that made her a non-starter.”

Wow. Let’s break this down.

There was so much sex falling into my bed.

She was an actual viable option for a partner so that made her a non-starter.

Fascinating. Seems to make no sense.

See, this girl was a babe. He really liked her. She was beautiful, smart and ambitious. The text banter was very high level. She made him feel funny on the inside and stupidly smile on the outside and found himself distracted at work. He made out with her once, on their first date – it was better than good. They kept texting and talking but the second date never happened. He sort of stood her up and blamed it on his phone dying. She was so right that she was totally wrong. He had to reject her.

And while we’re having an English lesson, “de” can mean privation, removal or separation. Inherent in the decision to choose one person, is the rejection of a thousand others. In fact, when you think about it, choosing someone is actually the biggest act of rejection of all time. So sometimes it is easier to reject one person, wonderful and perfect as they may be, than to reject a thousand others. If Clark could just reject one girl, the one that was right, then he could choose all the others. Kind of a mindf*ck, don’t you think?

On a singular level, it’s hard for our ego to understand this. It just wants to know why it wasn’t chosen. But if we go into the heart, we can find compassion – and maybe even an answer.

Choosing someone means potentially making a pit stop at Devastation Station or the Heartbreak Hotel. The things that are required for a relationship – namely vulnerability and trust – can feel insurmountable, exhausting and even dangerous.

Clark just didn’t want to go there. So instead he goes to many other places but never stays for too long. And when I asked Clark’s permission to tell this story, he happily gave it. And then he added, “I look back at people I arbitrarily stopped dating in the past, and think, ‘What the fuck, Clark?’”