Reconcilable Differences: The Relationship Between Organization And Your Love Life 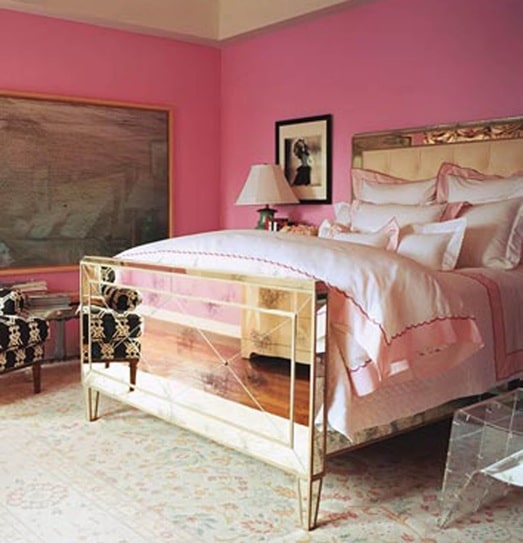 Relationships can be difficult without constant nurturing and mutual respect. These elements are critical in maintaining a harmonious co-existence. However, what happens when one person disregards the other’s lifestyle needs or lacks consideration? Clutter, for instance, can start as a small, inconceivable annoyance and eventually become a much larger issue. Before long, clutter can cover every surface like a fine snowfall, and suddenly the accumulation of lifestyle clashes cannot be ignored. This very basic clashing of environments can lead to the demise of a relationship. After many years of being in the business of organization, I am convinced that if you are living in disorganization, your relationship could suffer.

Let’s get down to the basics:  When two people enter a serious relationship, there is a merging of physical objects. This co-mingling of belongings entangles lives. Like clutter, it’s the mixing of belongings where defined lines begin to blend. There are many aspects to living in disarray, but my focus is on how it affects our love relationships. One thing that is certain – disorganization breeds dysfunction.

Unfortunately, the weight of the cleanup is left to the offender. Help from a professional can be the first step, but it takes more than a phone call. There needs to be willingness to compromise, to give up things seemingly unimportant to one person which may appear as treasures to the other. The key is to learn that the allocation of importance may be misplaced; higher value should be placed on people rather than objects. More often than not, people want to be organized, but they are just unaware of what steps to take to make the lifestyle change.

Taking inventory of the totality of an entire household of clutter is overwhelming to most. However, hope is not lost. The solution, which is the emergence from disorganization, begins somewhere small, like tackling a nightstand. I suggest spending 15 – 20 minutes at a time, three times a day, dedicated to organizing. This will prevent the feelings of being burnt out and giving up. At the end of the week, seven hours of labor will have gone into organizing and results will show, but the time will seem almost unaccounted for.

During my career, I’ve encountered several different circumstances of disorganization effecting relationships through my clients. In one situation with a couple that had been married several years, the wife was generally organized, but over time her partner’s clutter began to erode their relationship. She hired me as an anniversary gift to her husband. At first I didn’t like the sound of that role, until the day I walked into their two storey home. She was fearful that his clutter would one day be an obstacle which could cause a fatality for one or both of them. Yes, clutter can kill! His choices were simple; he would clear out the clutter or she would clear him out. At the end of the day, his clutter lost the battle and they got organized.

Clutter can prevent people from meeting their soulmate. Like a road block, it keeps one from where they want to go and from noticing opportunities and other possibilities. “Cindy”, a single woman living alone in her early twenties, asked me to come to her home for a consultation. To my own surprise, I could barely fit in the front door sideways, and I’m a little lady! She tearfully told me that she needed help. She was a hoarder, and if she ever met a guy she was interested in, it would be over when he discovered her big dirty secret.

There are psychological issues involved with hoarding, but regardless of the medical help they seek, there still needs to be a clean up. This process is best done without the hoarder present. I believe removing the person from the site, and having a trusted professional in charge of the sorting and tossing of trash helps the hoarder get a clearer perspective upon their return to make the final decisions on what to keep and what should be stored or donated. Doing this first allows the process to move more quickly and helps to keep the hoarder from suffering over parting with every small piece of trash, while simultaneously giving them an easier environment to work through.

A particular breed of hoarders is shopaholics. Yes, they exist and are far from being just some consumer-based folklore. I’ve seen many cases where clients have literally liquidated their finances down to their last dime. In particular, I’ve witnessed two single mothers take their walk down the department store aisles to the poor house. With one woman, her clutter and shopping disorder left her divorced, penniless and alone in a home of yesteryear’s purchases. The other woman, with a similar fate, wound up broke and reduced to using her garage as a closet.

However, shopaholics aren’t exclusively women. I spent a year working with a client whose husband has a shopping disorder. He is addicted to online shopping. Boxes arrive daily like a FedEx facility, filling every square foot of their Beverly Hills estate and a dozen storage units. I organized and designed spaces to hold his massive, growing collections. His disorder has not changed to date, but she has changed. Her attitude now is that if you can’t beat ‘em, buy another house and ban his clutter. However, this is not a realistic solution for most people. What is central to these three cases is this: The act of over-consumption left these relationships and lives in shambles.

Organization and disorganization are intimate elements of our existence; they are lifestyle choices that trickle into every facet of our lives. One breeds peace and harmony and allows energy to be routed elsewhere, while the other breeds stress, unrest and demands more energy to be focused on it. The choice to live an organized life frees you to live the life you deserve and open new possibilities with the ones you love, or the ones you have yet to encounter.

It is important to keep in mind that your actions will cause reactions. Organization is not to be approached as a ‘do it once and be done with it’ solution. It must be incorporated into your daily  activities. It is unavoidable that organization will create positive effects in your life and relationships by producing feelings of higher self-esteem, being in control, increased energy, along with having more time. My motto is: Keep it simple, keep it clear, minimize & prioritize. My hope is that your priorities always start with yourself and loved ones.